There has been some confusion among our readers at to who the will vote for in the upcoming Palomar Healthcare District election since the district has been divided into seven election zones. If your ballot doesn’t show a hospital district candidate, you probably are not in a zone that is up for an election. However, if you look at the map you can see Zones 2 and 6, which are up for election this year. In Zone 2 the candidates are Tom Kumura, incumbent; Vicki F. Grove, challenger and Theresa “Terry” Corrales, challenger. In Zone 6 the incumbent is Jeff Grffith with Duncan Fane as challenger. Those are the only zones that include Escondido. 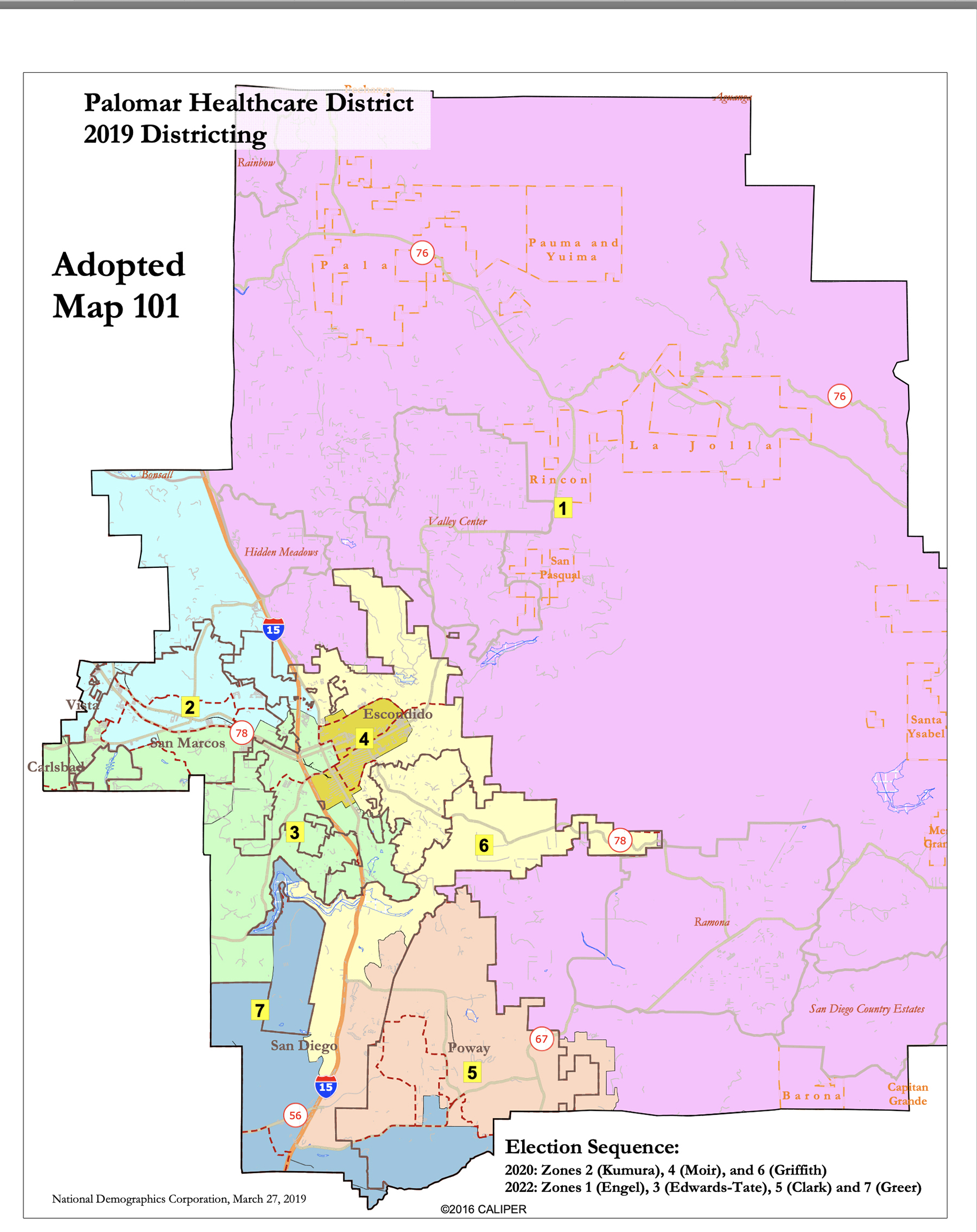