Members of Lifesharing, Donate Life and hospital staff gathered near the flag­pole at Palomar Medical Center last week to thank a young man for the donation of his organs.

Dignitaries of Palomar Health and Life honored Gabriel Corral for being a live-saving donor for five people last week. Friends and family saw the lower­ing of a little Donate Life flag at Palo­mar Medical Center.

The 24-year-old Gabriel from the South Bay area died from a skateboard­ing accident on August 12, 2013. Be­cause of donations of his heart, lungs, kidneys, pancreas and liver, five suffer­ing patients were given a new lease on life.

For Jack Midland, the donation of Ga­briel’s heart saved his life. Jack suffered a massive heart attack in 2006.

“I’ve had five heart attacks… 13 or 14 heart operations, bypass surgery. It runs in my family. I have two brothers with heart disease who died early of heart dis­ease,” he said.

“Since I’ve had the transplant I’ve seen my son get married. I’ve seen my daughter get accepted to UCSD, where she’s studying to be a registered dieti­cian. My wife and I just celebrated my 35th wedding anniversary,” he said. “So, without (Gabriel) I would not have expe­rienced all that stuff.”

He thanked medical science, includ­ing his 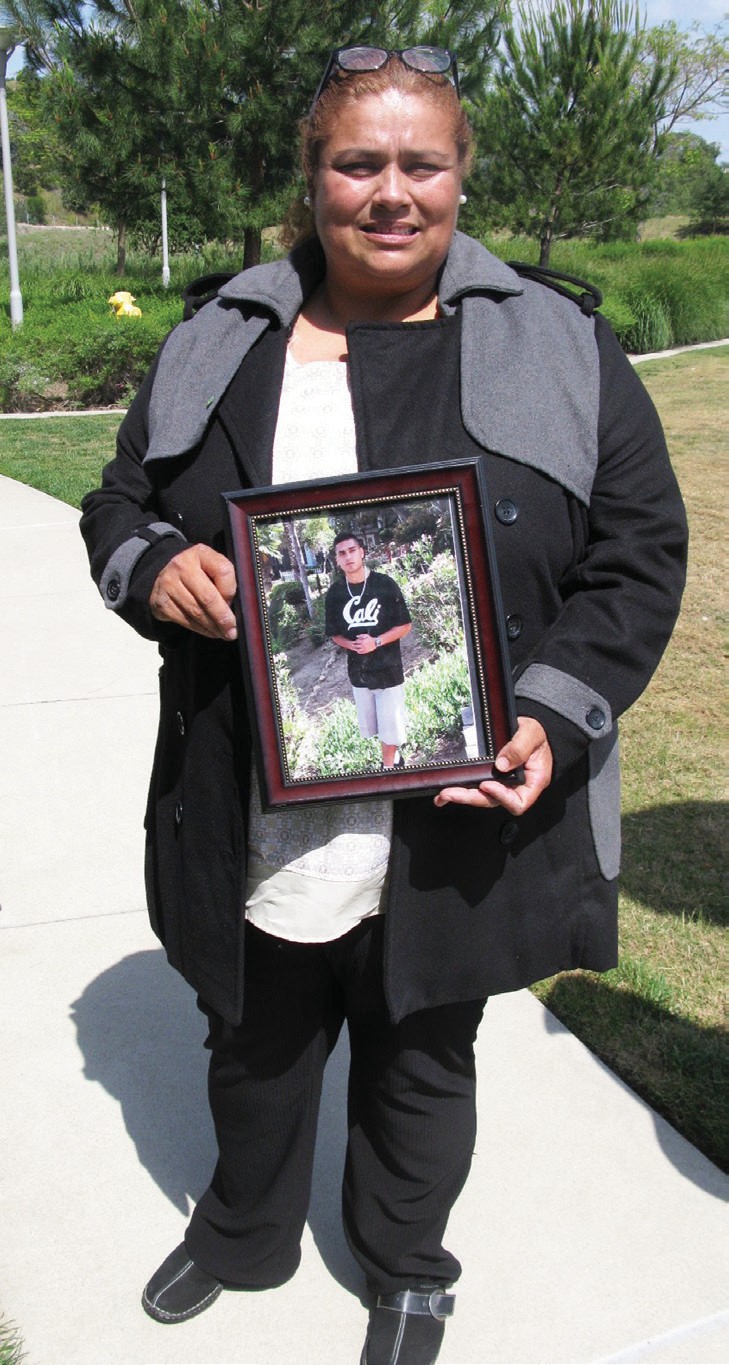 Maria Ruvalcaba-Corral lost her son Gabriel to a skateboarding accident in 2013. She was still grieving the loss, but glad for the five recipients of his organs.

doctors, saying “They’ve learned more and more things about rejection.” Jack knows people whose life has been increased by 15 to 25 years by heart do­nations.

“Out of a tragic loss something posi­tive came out of it,” he said.

Jack first met the family in 2014, one year ago to the day that Gabriel’s gifts were celebrated. “We stay in close con­tact and I told them that I was going to show Gabriel the world, because he had never seen anything. I send them photo­graphs from all the places I go to when I take my trips. I talk to them every day.”

He also talks to Gabriel’s heart: “He’s very excited today, because he’s beating fast in my chest right now, my heart. I’m glad to be with his family again.”

Gabriel’s mother Maria Corral said she thinks often about Gabriel “almost every day is hard, you know, it’s always there.”

But, “All of my family has become donors, we’re about 20 people too,” she said. “And I get to see these families making their lives better. But I 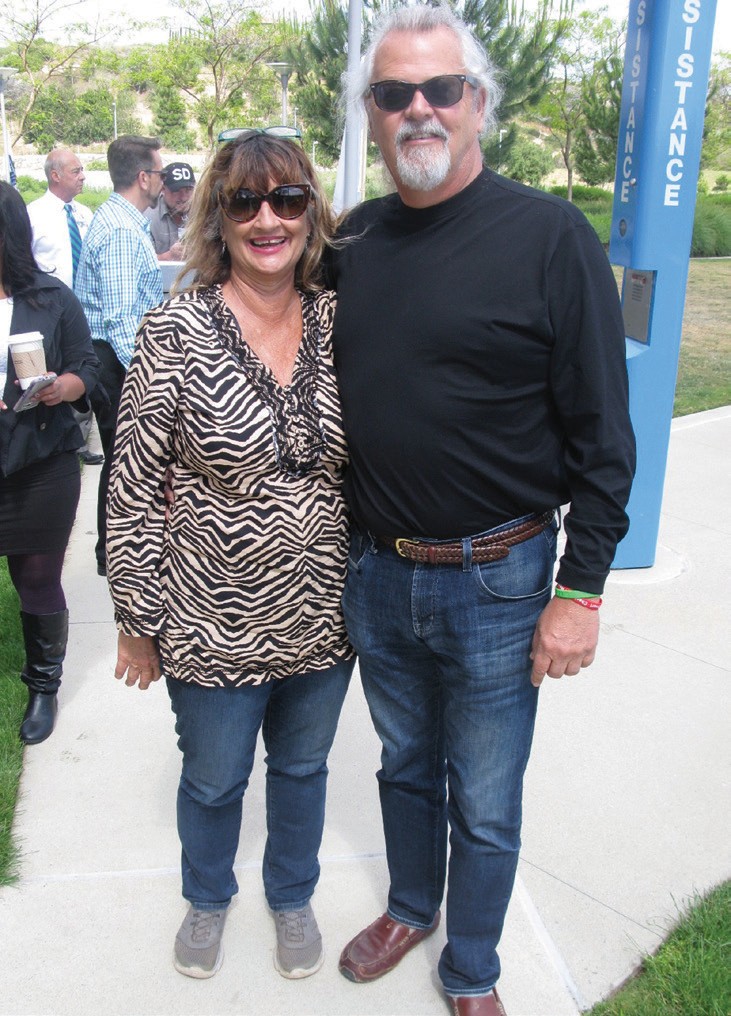 Jack and Annette Midland recently cel­ebrated their 35th anniversary because of the donation of Gabriel Ruvalcaba- Corrals’ heart.

hope no­body ever has to be in our shoes and that they make the right decision (to donate). Look at all the people leading normal lives,” because of Gabriel, she said.

Gabriel’s sister Jessica told the as­sembly that he “left something special behind” and he told her he was really happy to be a donor. He believed it was “an honor and a privilege.”

Sharon Ross of Donate Life California praised Gabriel for being an active donor and Palomar Health for doing 19 dona­tions since January 15 of this year “that helped to save 65 lives,” she said.

More than 13 million Californians are signed up to be donors, according to Ross. That is mostly due to a partnership with the Department of Motor Vehicles, which actively promotes the donations and puts a little round, red stamp on your Califor­nia Drivers licensed, marked DONOR.

Lauren Mitchell, who received both of Gabriel’s lungs, did not want to speak to the assembly because she knew that she would weep with gratitude. She, her husband and her newborn child met The Ruvalcaba-Corral family on Nov. 12, 2014.