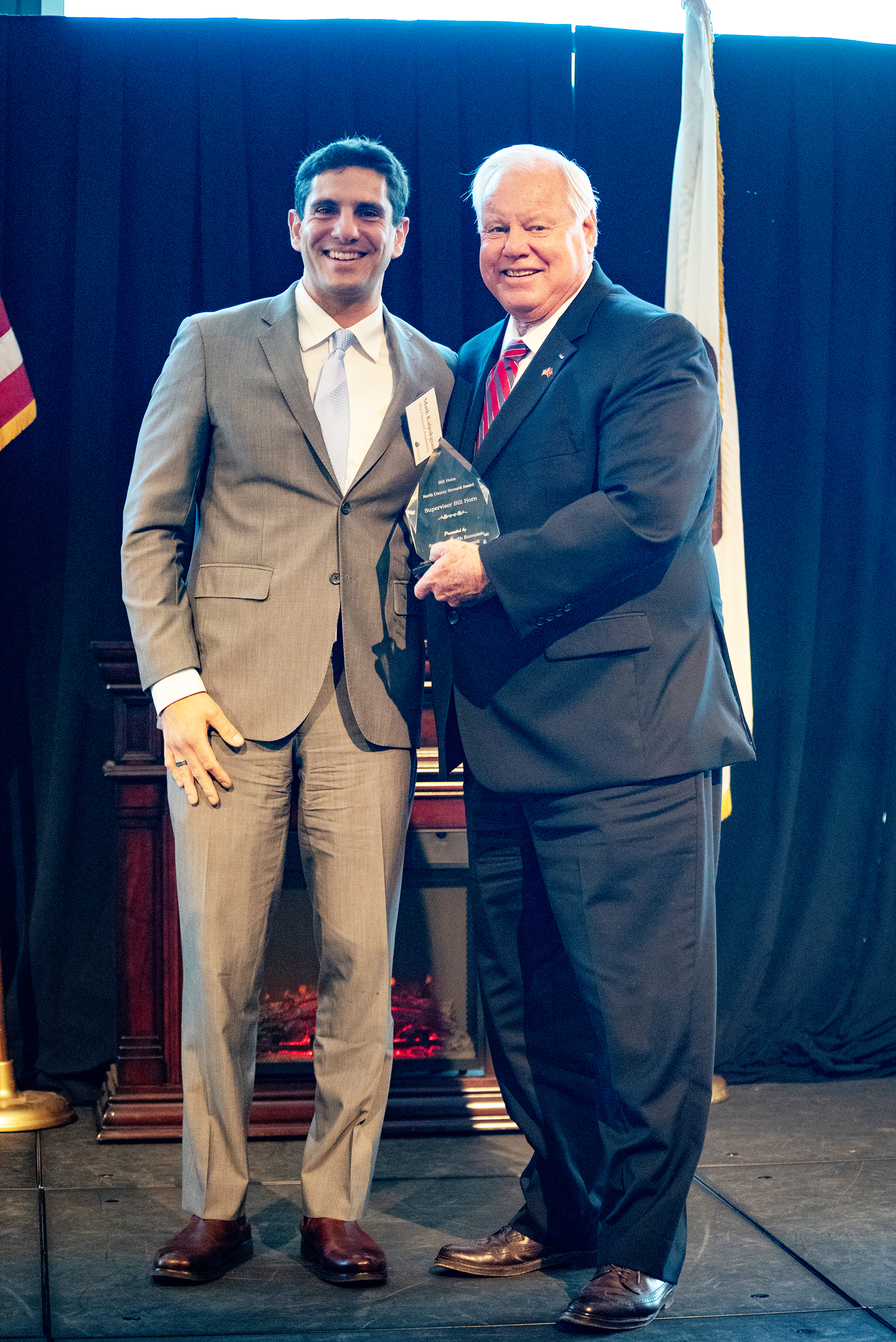 North County Interfaith’s CEO Greg Anglea was awarded the Leadership North County’s Fran Aleshire Award and One Stop Systems, Inc., based in Escondido, was one of the North County businesses to recieve the Excellence In Economic Development Award.

“Thanks to the hard work and innovative spirit of so many, North County’s economy continues to flourish,” said W. Erik Bruvold, CEO of the SDNEDC, which represents companies that collectively employ more than 200,000 North County residents. “From high-tech to healthcare to craft brewing, our economy is growing and putting more people to work, enhancing the quality of life for everyone.”

Horn, who was instrumental in creating the SDNEDC more than 25 years ago, was presented with the first annual Bill Horn North County Steward Award.

“Supervisor Horn has been one of businesses’ most staunch advocates,” said Bruvold. “Not only did he help launch our group, he helped deliver several transportation projects that are vitally important to our business community, he established programs that prepare veterans for the workplace, and he’s been a driving force at the county to create a climate that is supportive of businesses large and small.” 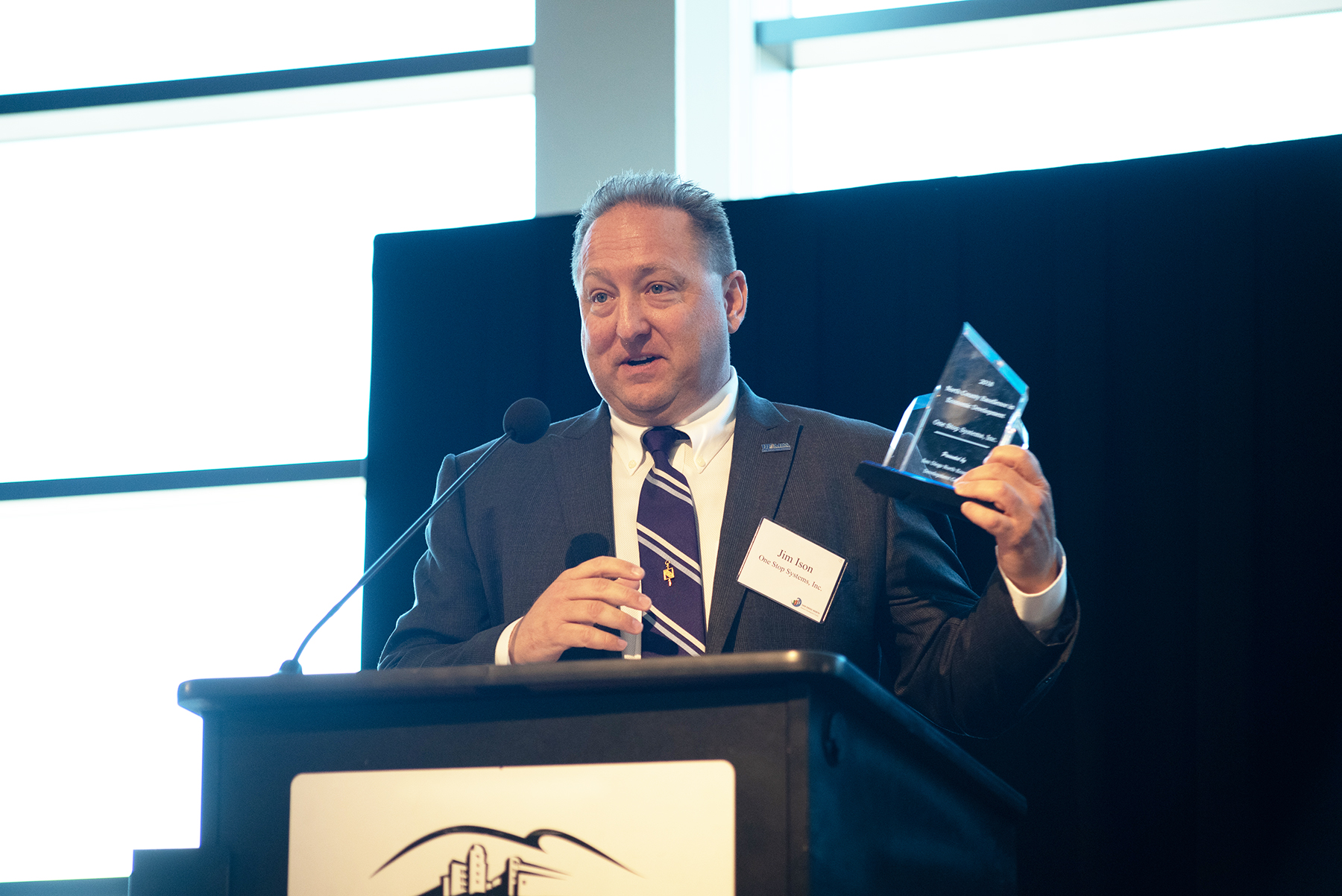 Headquartered in Escondido, One Stop Systems, Inc. designs and manufactures computing systems for deep learning, artificial intelligence, finance and entertainment applications. In January OSS became the first IPO of the year in the County and soon thereafter signed a six-year lease that expands its headquarters by more than a third. This expansion brings private investment and more jobs from a cutting edge technology to the 78 Corridor, furthering the goals of the Innovate 78 economic development collaborative.

With the goal of revitalizing and beautifying Encinitas’ North Coast Highway Corridor, the Leucadia Streetscape project includes the addition of landscaping, roundabouts, as well as pedestrian and bicycling improvements, including crosswalks, protected bicycle lanes and additional parking.

Generating millions of dollars in tax revenue and hundreds of jobs, S.D. Malkin Properties, Inc. is developing a destination resort in downtown Oceanside that will include 20,000-square feet of meeting and function space and 6,400 SF of ballroom space.

MiraCosta College recently created a new four-year degree program where students can earn their bachelor’s degrees at a fraction of the cost of a private four-year university and be ready for the job market. The 2+2 program allows students who earn their two-year degree from Mira CostaCollege in business, nursing, computer information, technology, and child development to take upper division courses taught by professors from Point Loma Nazarene University.

Located in Vista, Honda recently worked with city staff to select and establish a 7-acre site for their new dealership, which is expected to create 100 new local jobs.

Ionis Pharmaceuticals is one of the largest life sciences employers in Carlsbad, developing drugs that are changing the world. They recently made a substantial investment in their main campus on Gazelle Court in the Carlsbad Oaks North business park.

Founded by a group of local business leaders and community stakeholders in 1992, the SDNEDC has been presenting North County as one of the world’s finest places to live, work and play for more than 25 years. SDNEDC exists to foster the growth of our economy and enhance the quality of life for everyone in the North County. 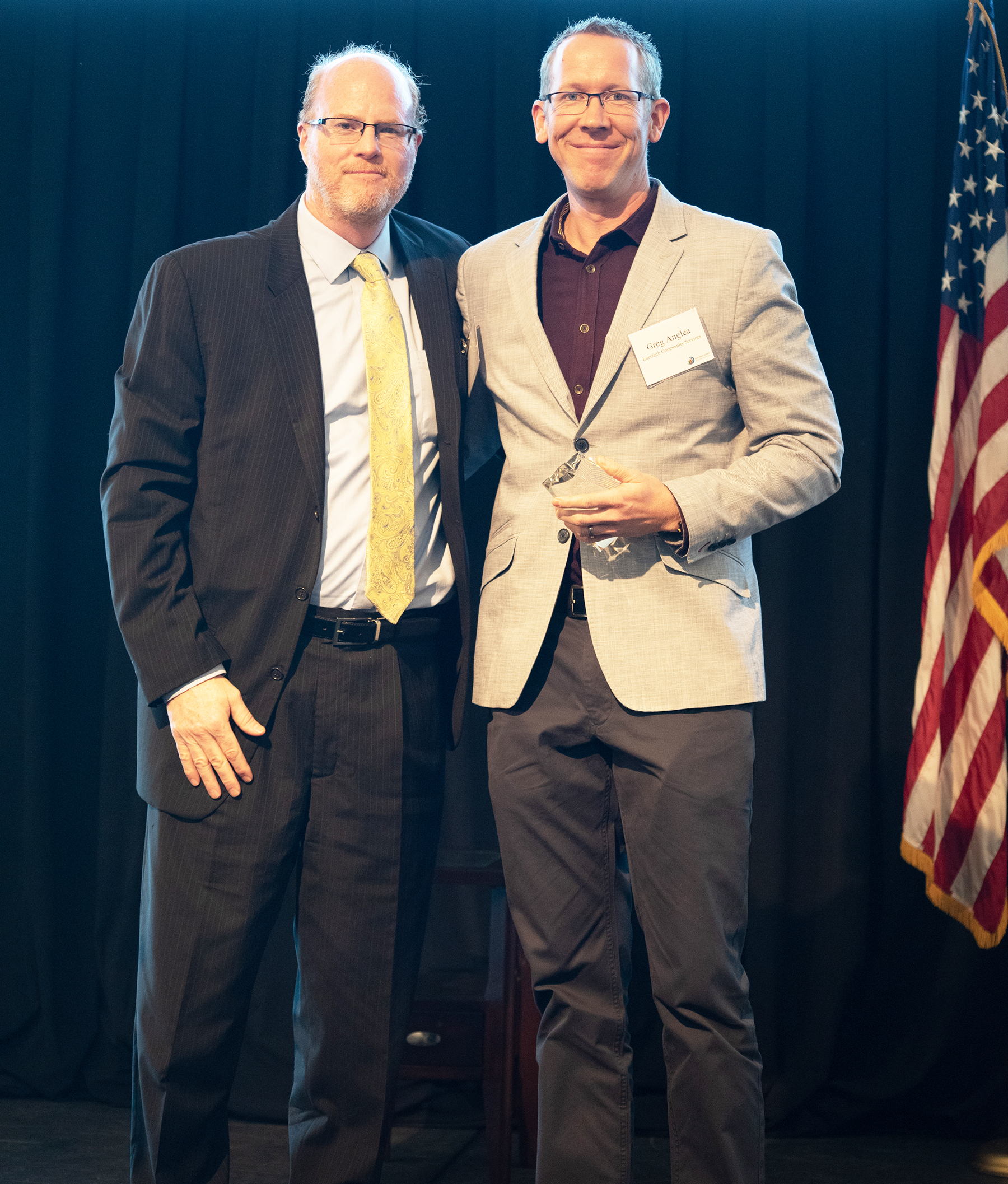 Greg Anglea, CEO of Interfaith Community Services, (right) receiving the Fran Aleshire Leadership Award. Next to him is Chuck Matthews, Director of the North Coastal and North Inland Regions for the County of San Diego’s Health and Human Services Agency and last year’s recipient of the award.