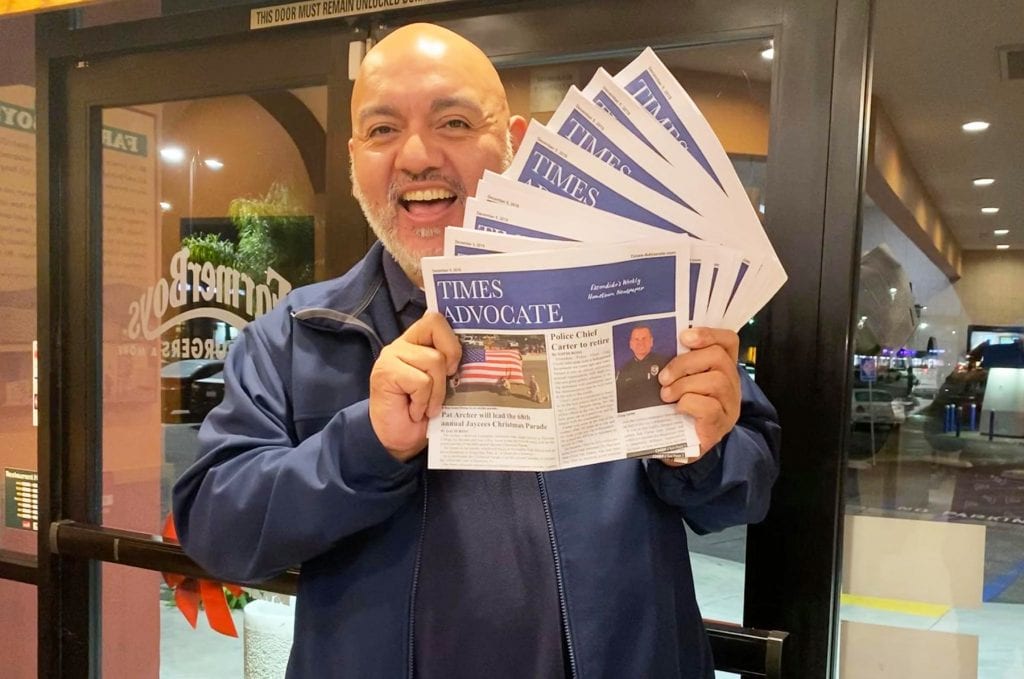 Roger Fregoso, who grew up locally and now lives in Nashville, picked up some local newspapers while he was visiting one of the two Escondido Farmer Boys restaurants.

Roger Fregoso, a  former resident who grew up in Valley Center and Escondido and now lives in Nashville, visited the area, and, of course, picked up some of the local newspapers.

Following his dreams and love of country music, in 2013  Fregoso moved to “Music City” Nashville, Tennessee, where he is a country music promoter at a record label. Fregoso helps get country music played on the radio and works closely with country radio stations including KSON San Diego. Fregoso represents Reviver Records’ artist roster such as Big and Rich, Thompson Square, David Lee Murphy, and Tenille Arts.

Fregoso graduated from Orange Glen High School in 1992. He worked at The Roadrunner (the Times-Advocate’s sister publication)  from 1990 to 1998.