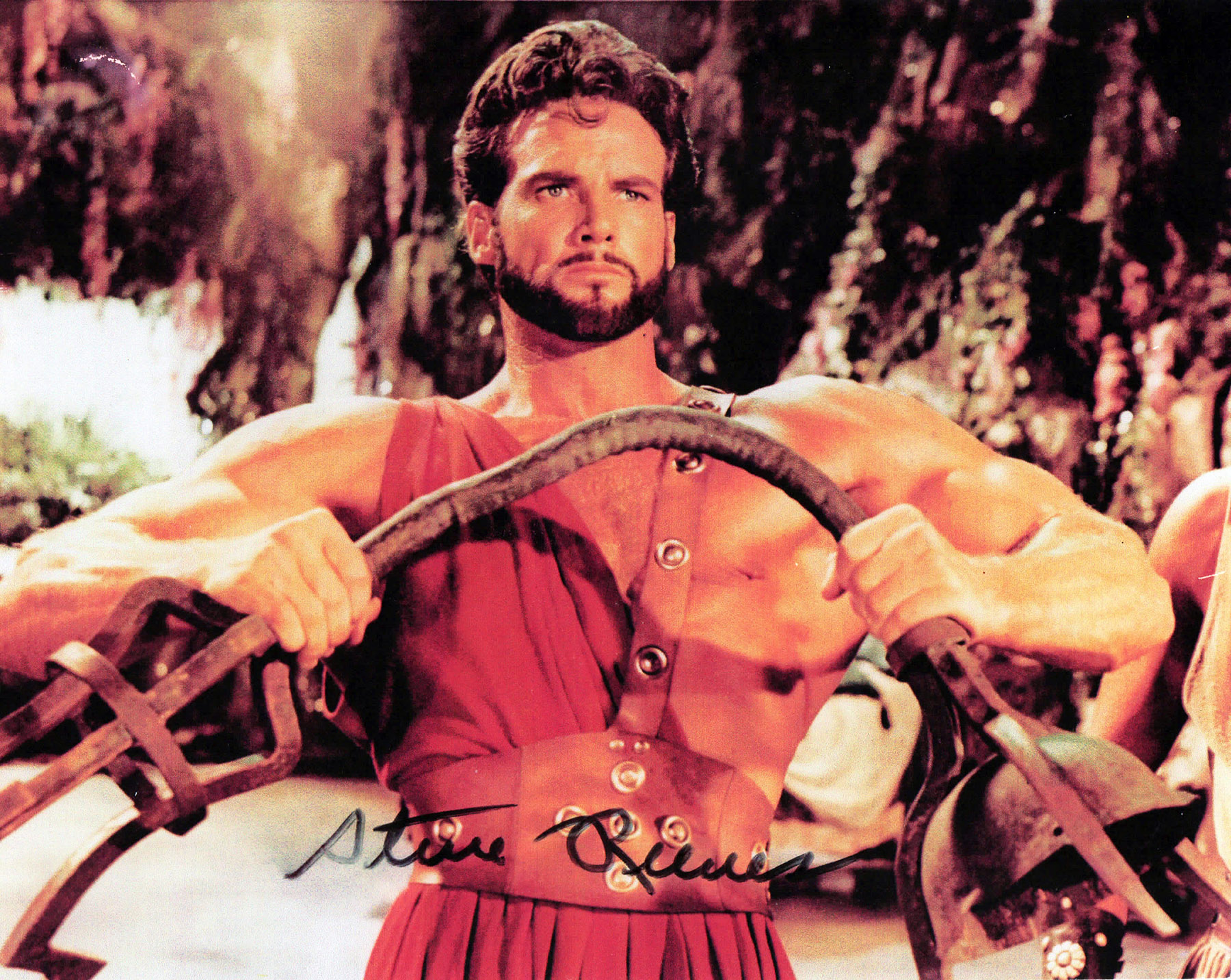 The January birthdate of famed actor-bodybuilder Steve Reeves is being remembered at the Valley Center History Museum which has a collection of the late star’s memorabilia.

Known internationally as the winner of every major bodybuilding competition and as the star of “Hercules” and 17 other motion pictures, Reeves is little-known as a rancher in Valley Center, where he spent the last 43 years of his life while continuing to make movies.

Among items on display is the personal riding saddle of Reeves which was donated to the museum along with other items in 2008.  At the time, then-Governor Arnold Schwarzenegger sent a message to the museum reading, in part, “Steve was a great inspiration to me.”

During his lifetime, his bodybuilding titles included Mr. America, Mr. World and Mr. Universe. From 1957 until his death in 2000 at age 74, he raised horses at his 14-acre ranch in Valley Center where he had built an impressive Mission-style adobe hacienda.  During 1959-61, he was the number one box office star in America, ahead of Doris Day and John Wayne.

The internationally-known actor was a common sight in Valley Center where he shopped local stores and “power-walked” on local streets.  He once told a History Museum docent he was pleased that local residents showed an interest in him and his career, but never intruded on his privacy.  In 1972, he crowned the first “Miss Valley” during a Western Days event.

The Valley Center History Museum at 29200 Cole Grade Rd. is open Tuesday through Saturday from noon to 4 p.m.  Admission is free.  For more information, visit vchistory.org or call 760-749-2993.