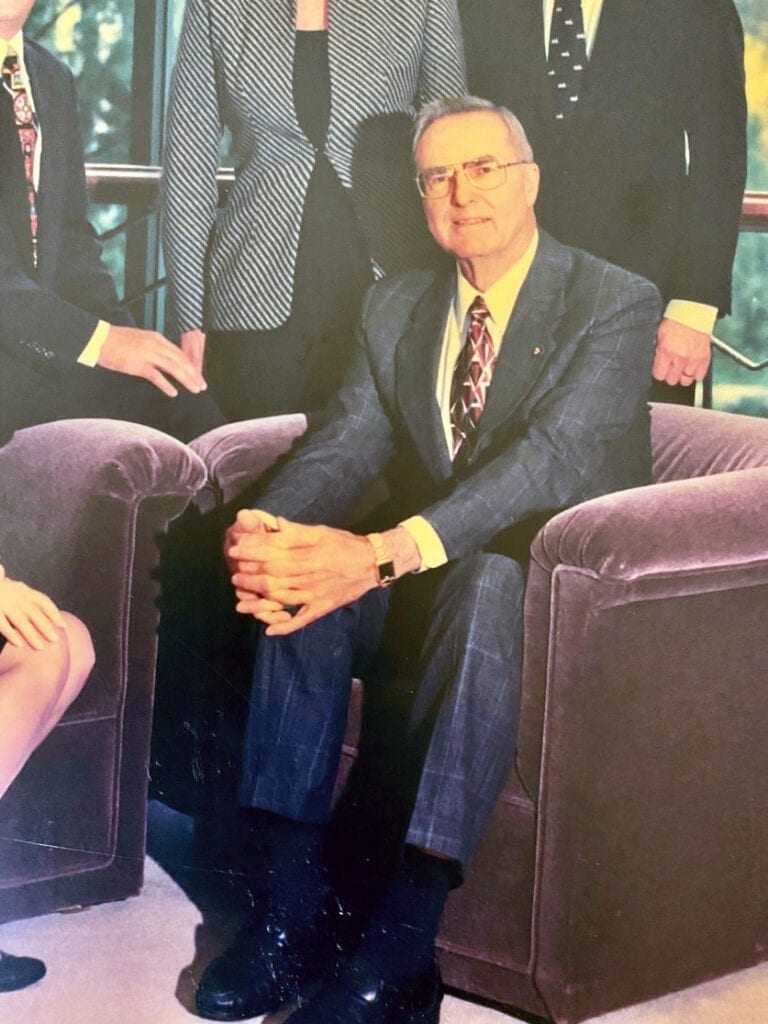 Sid Hollins, former Escondido educator and mayor, will be honored, along with seven other participants, by the Escondido History Center as an Escondido Legend.

An outstanding senior from a high school in Escondido will be awarded an honorarium in their names thanks to a sponsorship by Jack Raymond. Hollins’s story describes his life and service to our community.

Born in 1927 in rural Wyoming and from very humble beginnings, Sid Hollins, a 2020 Escondido Forever Legend, spent his life in public service, first in a public education career in the Escondido Union Elementary School District as a teacher and Administrator, and then as an Escondido councilman and mayor.

Hollins’s first remembrance was living in a house with dirt floors and attending school in a one room schoolhouse in Browns Hole, Wyoming. The family moved to Rock Springs, Wyoming, where Sid, his older brother and sister rode horseback two miles to elementary school. In 1941, at the age of 14, Sid and his family packed into a Model A Ford and moved to Escondido.

With a population in Escondido of 3,500, the family lived on East Valley Parkway where Sid and his brother enjoyed rafting and fishing for crawdads on the Escondido River. At Escondido High School, Sid was a member of the Letterman’s Club, played football and basketball. He was selected as MVP his junior year and Captain his senior year in basketball.

After graduating from Escondido High School in 1946, Hollins joined the Army and spent most of his 18 months of enlistment time in the occupation of Germany after the end of WWII. When he returned home he used the GI Bill to attend Palomar College at night, which was then housed at Vista High School. After Palomar, he transferred to San Diego State and earned degrees in Business Management, Elementary School Administration and a Teaching Credential.

Hollins’s public service was not finished. After retirement he was elected to the Escondido Union Elementary school board for five years. At the completion of that term he joined the City Council for four years and was Mayor of Escondido for four years.

A life of dedicated public service in Escondido education and city government for a rapidly growing city, Hollins brought clarity and compassion to the community. Sid Hollins is a 2020 Escondido Forever Legend.