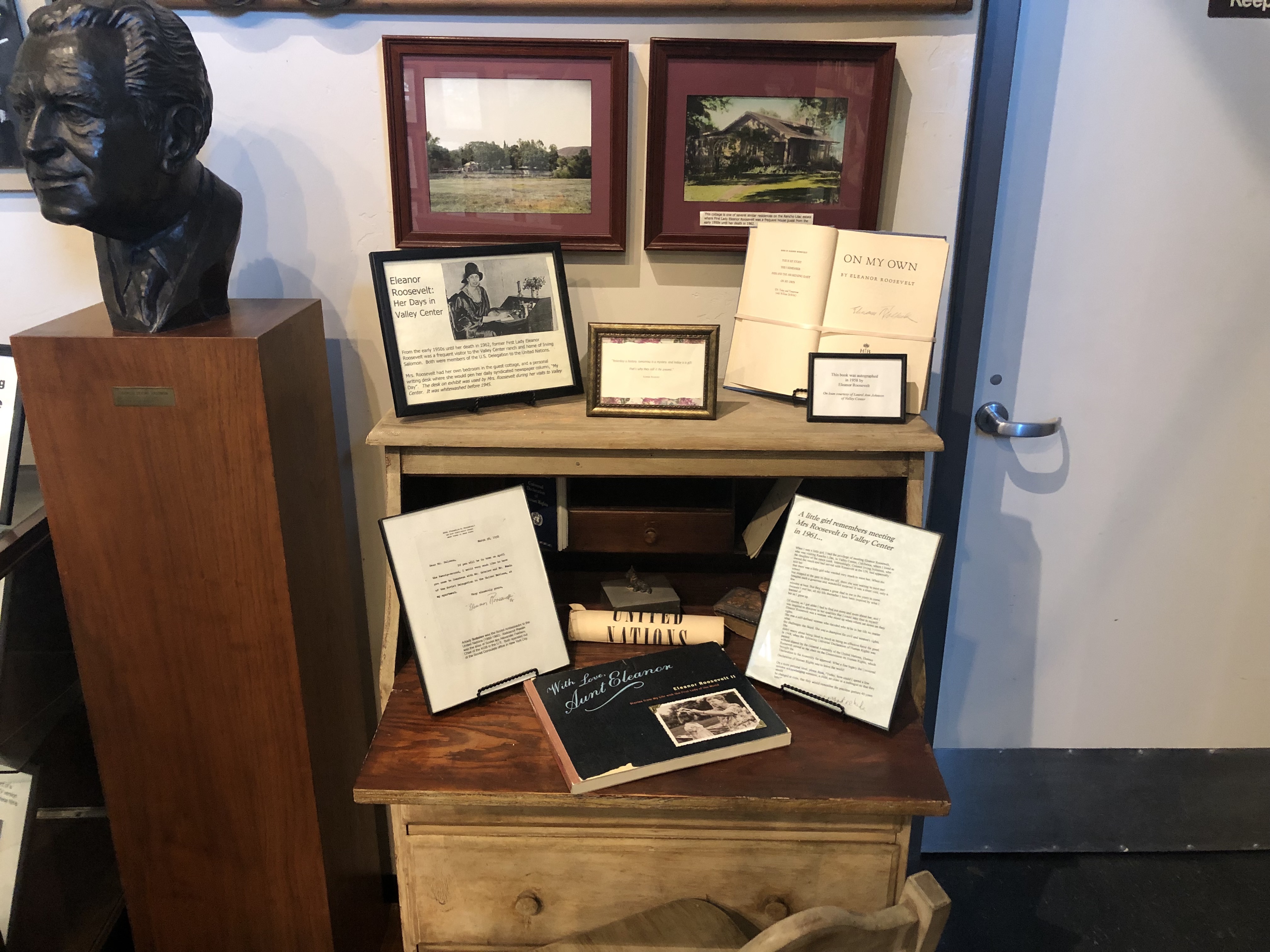 Inspired by recent national attention on Russia, an historic personal letter sent by former First Lady Eleanor Roosevelt to a diplomat at his Valley Center home has been placed on public view at the Valley Center History Museum.

The letter, dated 1958, reveals a meeting involving two Russians, one of whom turned out to be a Soviet spy.

The rare correspondence is on letterhead of Mrs. Franklin D. Roosevelt and was delivered to Col. Irving Salomon at his Lilac Ranch residence asking if he could attend a private lunch at the New York apartment of Mrs. Roosevelt with Mr. Sobolev and Mr. Fornin of the Soviet Delegation to the United Nations.

History Museum president William Boyett said it was decided to take the letter from the vault and share it with the public.  He pointed out that the correspondence was among memorabilia and documents which were donated by the Salomon and Wolfsheimer families and are part of a permanent exhibition which also includes personal possessions of Mrs. Roosevelt which she brought to the local ranch while visiting Ambassador Solomon from the 1950’s until her death in 1962.

The History Museum at 29200 Cole Grade Road was dedicated in memory of Col. Salomon, and a subsequent addition was built in memory of Abbe Wolfsheimer Stutz and Louis Wolfsheimer.

The museum is open Tuesday through Saturday from noon to 4 p.m.  Admission is free.  For more information, visit vchistory.org or call 760-749-2993.