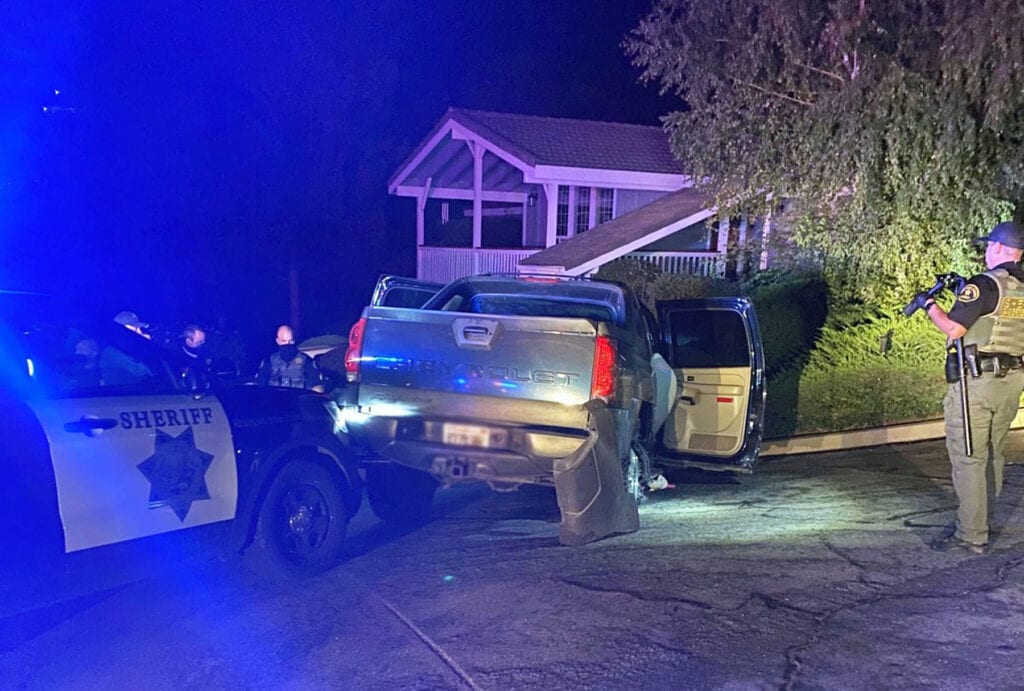 Two people are in custody after leading Sheriff’s Deputies on a high-speed pursuit from Valley Center to unincorporated Escondido on Tuesday night, just after 9 p.m. near Hwy 76 and Pala Mission Road.

That’s when a deputy from the Valley Center Sheriff’s Substation spotted a stolen truck in the area. When he tried to pull over the driver near SR-76 and Rice Canyon Road, she sped off. The pursuit, which reached speeds of up to 90 miles per hour and lasted nearly 30 minutes, continued westbound on Hwy 76 and then southbound on I-15.

Deputies from the Fallbrook Sheriff’s Substation and San Marcos Sheriff’s Station, and Sheriff’s ASTREA (helicopter unit), responded to the pursuit. A spike strip was used to try and put a safe end to the chase. The truck kept going and ended up in the Hidden Meadows community of unincorporated Escondido.

After striking a curb, the driver put the stolen truck in reverse and rammed into the front end of an unoccupied Sheriff’s patrol car. The car sustained moderate damage. No deputies were hurt. Deputies then detained the female driver and male passenger of the stolen truck.

Sally Arrellanes (DOB 1/8/1980) and Roy James Duncan (DOB 2/22/2002) were arrested on charges of felony evading, assault with a deadly weapon likely to result in great bodily injury, vehicle theft, conspiracy to commit crime and possession of a stolen vehicle. Both were booked into the Vista Jail. 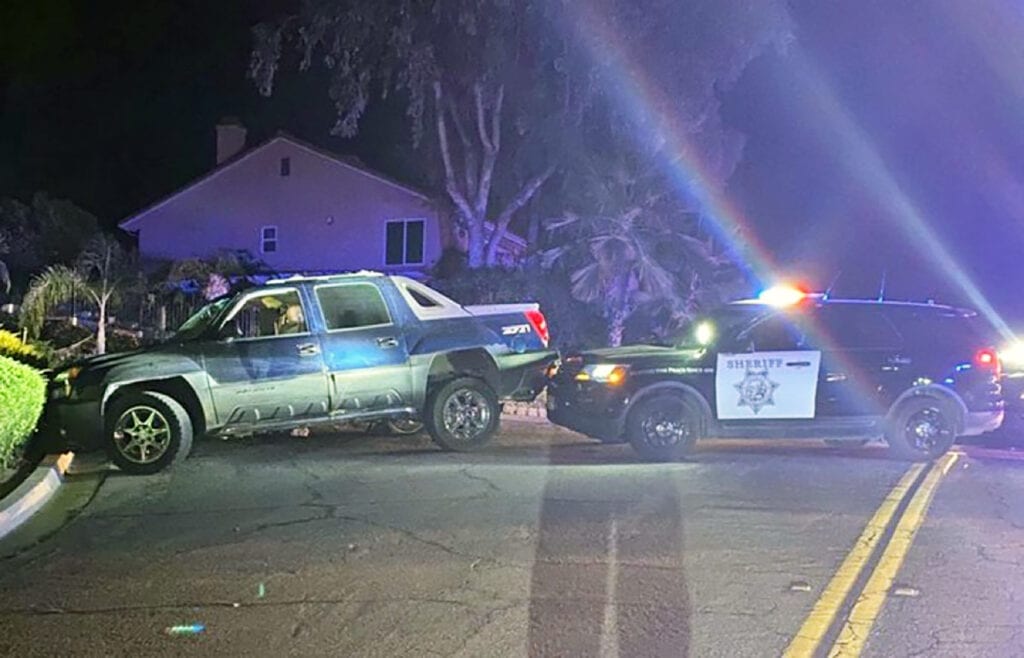