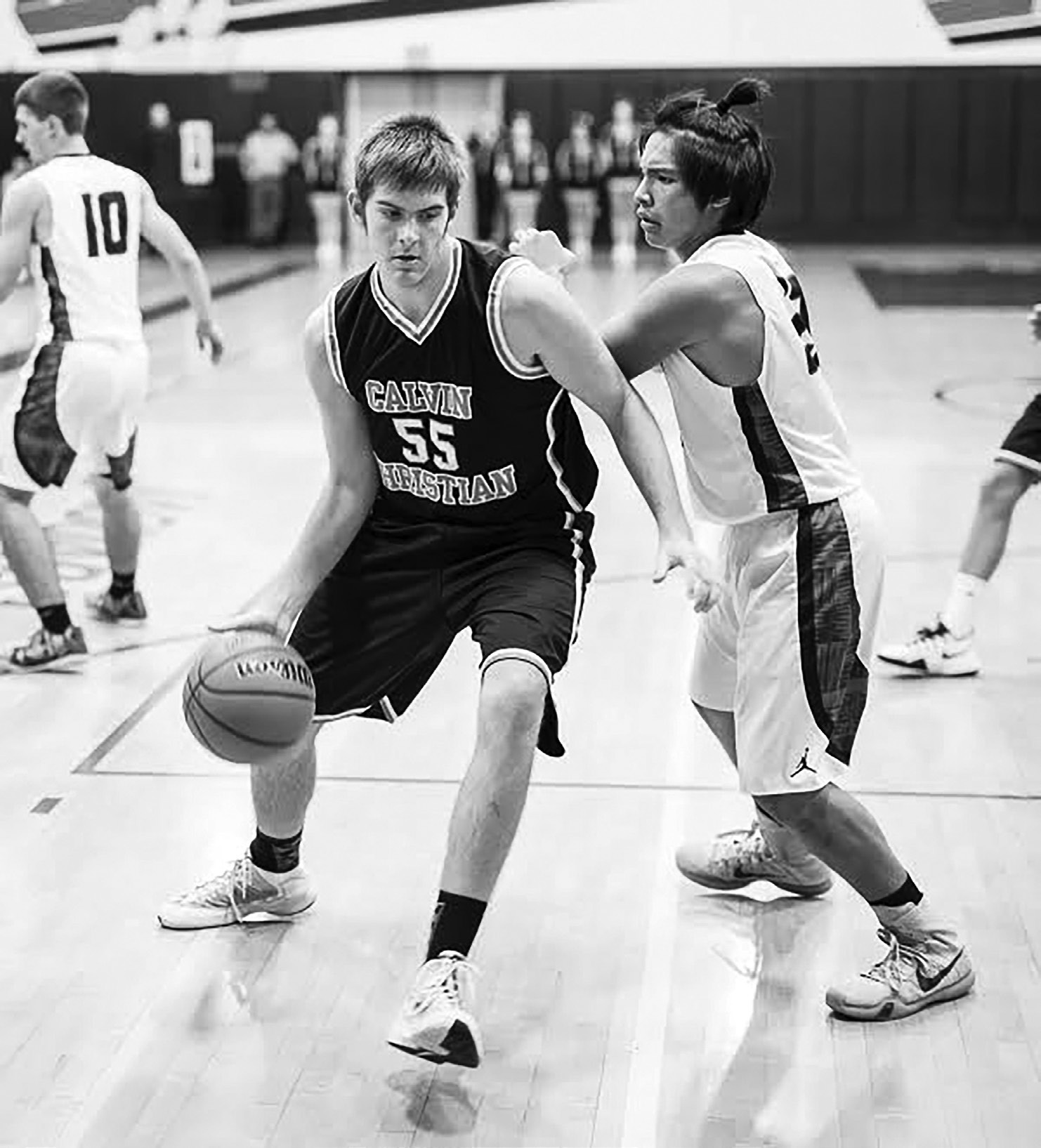 Calvin Christian (1-4) – The Crusaders have gotten off to a slow start, dropping four of their first five outings. CC’s lone victory came on 12/6 when the Crusaders nudged San Pasqual 55-53. In that game center Joshua Bakker was a mighty force, tallying 22 points, pulling down 13 rebounds and swatting away three shots. Guard Johnny Steenstra was also a huge factor against the Golden Eagles with a splendid all-around effort that saw the senior score 16, grab eight boards, garner five steals and hand out four assists. Guard Matt Lafler chipped in as well with nine points and nine rebounds.

But if the Crusaders are to turn things around, they’ll need to get more consistent and weightier contributions from others sources such as sophomore Clay Albright and guard Nathan Dietrich.

Calvin will have two opportunities this week to improve on its record with games against Escondido Adventist and Calvin Christian Academy (Chula Vista).

Classical Academy (2-3) – The Caimans of Coach Ronnie Robison have rebounded nicely from a sluggish beginning. After losing its first three contests, Classical has rallied nicely with wins over Del Lago Academy (56-39) and Julian (53-51). The Caimans will now have an opportunity to extend their winning ways with upcoming games versus Ocean View Christian and St. Joseph Academy.

Escondido – The Cougars kicked off their season in bang-up fashion with a decisive 76-30 road triumph over Castle Park. But alas, three straight setbacks ensued before Esco found the win column again when it eked out a 56-54 decision over Valhalla.

It’ll be a very busy upcoming week for the Cougs as they have three games scheduled against Valhalla, Grossmont and Eastlake.

Escondido Charter (4-3) – Early in this still young season, the White Tigers burst from the gate, winning four of their first five games which included victories over Classical, O’Farrell and Del Lago. However, EC’s momentum has been blunted as of late with losses in its last two outings.

Thus far, the White Tigers have been paced by a productive trio. Junior guard Josiah Champagne has proven to be a bona fide offensive threat while singeing the nets at a 19.7 points-per-game clip. Complimenting Champagne has been active 6’4” forward Michael Litton who has been quite impressive while averaging a double-double (16.8 PPG, 10.8 RPG). And 6’2” Timothy Perez has proven to be an invaluable factor upfront as his 11.8 PPG and 9.8 RPG clearly suggests.

EC will be tested this Friday night as it takes to the road to meet formidable foe Guajome Park Academy (5-1).

Orange Glen (1-0) – Plenty will be expected from this talented Patriot squad and it certainly didn’t disappoint in its season opener when it smashed Calvin Christian 81-32. The Pats were an unstoppable offensive juggernaut while scoring 60 points in the first half versus the Crusaders.

Acclaimed senior guard Michael Diaz justified his reputation with a huge effort, scoring 26 points, registering a stunning 11 steals and doling out seven assists. Diaz’s backcourt mate Trevor Owens also did some nice stroking to the tune of 17 points. Damian Miller was a monster on the boards (13 rebounds) and in dishing (nine assists) while Nikola Kresovich and Chris Paulus had their moments en route to tallying nine points apiece.

The Pats will have to wait until next Monday to take to the court again when they face Orem (Utah) in tournament action.

San Pasqual (0-7) – To date, it’s been a rough go for the Golden Eagles who are still hungrily searching for that first win. Losses to Bonita Vista (45-41) and Calvin Christian (55-53) were particularly painful because both games were quite winnable.

If things are to change, SP must find its offensive footing and step up its production, having already been held to 30 points or less on four occasions.

The G. Eagles will have a chance to get off the snide when they participate in tournament action up north in Irvine early this week.

San Pasqual Academy (0-2) – The Dragons have come up empty thus far, their last loss taking place on the road against Calvin Christian Academy (44-39).

SPA’s lone game of the week will see them host San Diego Academy.