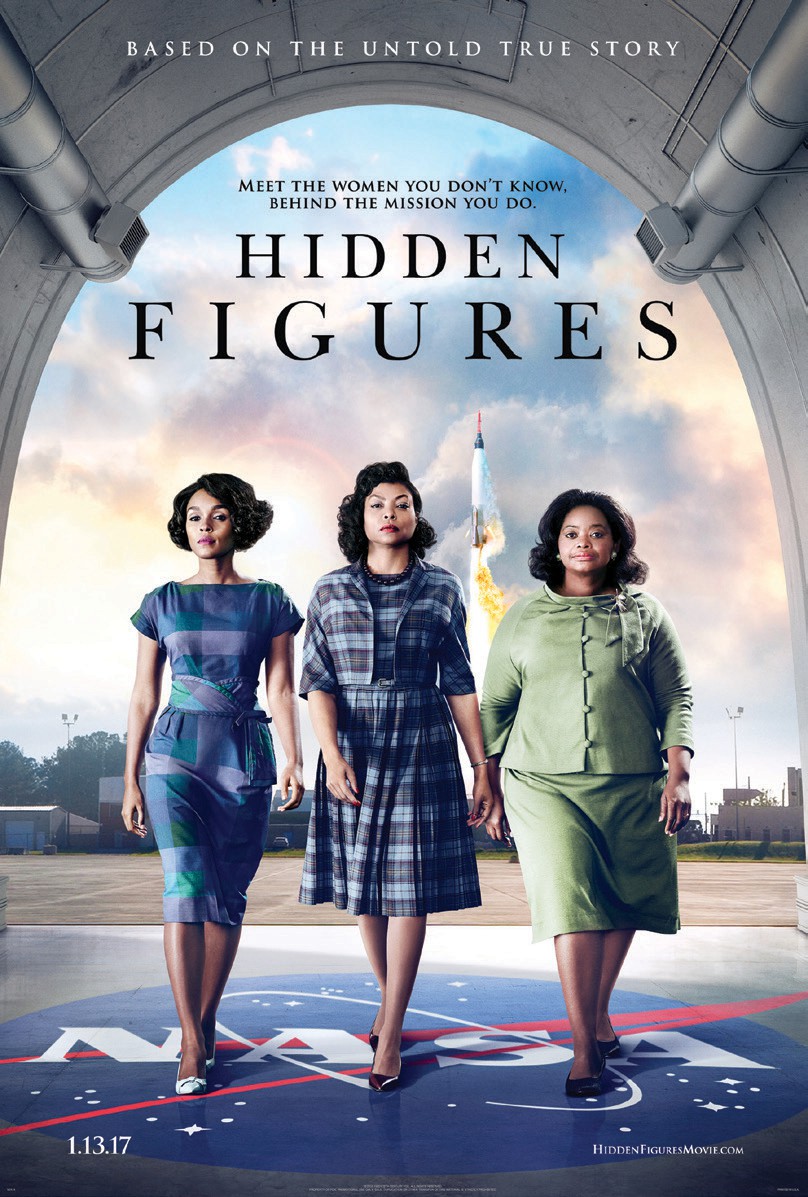 The film follows three African- American women who work at NASA in 1961. Katherine (Taraji P. Henson) is a mathematician and physicist. Mary (Janelle Monae) is a mathematician and engineer. Dorothy (Octavia Spencer) is a mathematician and essentially a supervisor, though she hasn’t gotten the appropriate promotion yet. The three work out of Langley, Virginia, during a tense time in the segregation era. They persevere and follow their dreams in order to help John Glenn (Glen Powell) make his legendary orbit around the Earth.

The three face obstacles typical of women and African-Americans in that era. Katherine needs to make crucial calculations, but the lead engineer (Jim Parsons) won’t admit that his own work might be flawed and redacts key information. Also, the nearest colored bathroom is fifteen minutes away, so she’s forced to take forty-minute breaks that cut down on productivity. Mary needs clearance to make necessary contributions, but can only do so if she gets permission from a judge to take a course at an all-white school. Dorothy’s contributions as supervisor are marginalized by her boss (Kirsten Dunst), plus she needs to get off-limits books from a segregated library so she can learn how to program the monstrosity of an IBM computer that itself is threatening to put all the mathematicians out of jobs. On top of all that, they’re trying to put an astronaut into orbit, which is hard enough without all the added obstacles.

Another distracting thing about the movie is that its version of sexism and especially racism in the South in 1961 is perhaps a little over-sanitized. This is the midst of the Civil Rights Movement and things never get any more derogatory than a few pejorative uses of “you.” I know the movie needs to go light on the hatred and epithets to bring in family crowds, but it feels inauthentic that it’s not more disquieting.

“Hidden Figures” plays things a bit safe for my taste, but that’s to broaden its appeal, and it’s very appealing indeed. Whose heart isn’t going to turn to butter when Katherine schools her colleagues in quantum mathematics or when Mary makes an impassioned plea to a judge or when the program’s director (Kevin Costner) takes a sledgehammer to a restrictive bathroom sign, not to mention all the celebrating at the accomplishments of the landmark space program? If you see this movie with kids, all their cheering will make you forgive the film for being middling by adult standards.

“Hidden Figures” is rated PG for thematic elements and some language. Its running time is 127 minutes.