Hepatitis A protocol “seems to have worked,” says Wolfe 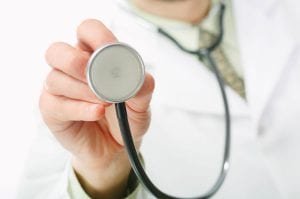 As the County is winding down its Hepatitis A emergency that it declared in the fall, Escondido’s Deputy City Manager William Wolfe is crediting the protocol he initiated in September with the city not having a new case since September.
He told The Times-Advocate Tuesday, “In terms of our city, I’m the one who created our protocol for dealing with Hepatitis A.” This is something Wolfe did two weeks after he was brought on at the city. “It seems to have work, knock on wood. We haven’t had a case since Sept. 12, two weeks after I started. We might have just been lucky or it may have been the protocol.”
He added, “In terms of what we plan to do in the future we aren’t’ going to change. Hygiene, vaccinations, soap dispensers, all the measures we took it’s my desire to keep doing that. I don’t want to take my foot off the gas. Just keep the way we are doing it until we are certain it’s over.”
The worse thing to do, he said, would be to relax what they are doing. “The fact that there are fewer cases is heartening, but all it takes for it to start up again is to relax our vigilance.”
On Tuesday the County Board of Supervisors extended the local public health emergency for hepatitis A, but efforts are now underway to transition out of the emergency amid declining case numbers.
Public Health officials told the board that they were assuring all new processes and procedures were being put in place to end the emergency declaration that was declared in September.
The board is required to review the need for continuing the emergency every 14 days.
Six new cases were reported in the last two weeks, bringing the total number of cases in the outbreak to 577, resulting in 396 hospitalizations and 20 deaths.
From May to September 2017 there were an average of 84 cases reported each month. In November, that number dropped to 21 and in December declined further to seven cases.
Hepatitis A is most commonly spread from person to person through the fecal-oral route. Symptoms of hepatitis A include jaundice (yellowing of the skin and eyes), fever, fatigue, loss of appetite, nausea, vomiting, abdominal pain, dark urine, and light-colored stools. Symptoms usually appear over a number of days and last less than two months. However, some people can be ill for as long as six months. Hepatitis A can sometimes cause liver failure and even death.
For general information on hepatitis A, visit the HHSA hepatitis website where data are updated routinely. A hepatitis A fact sheet is also available.