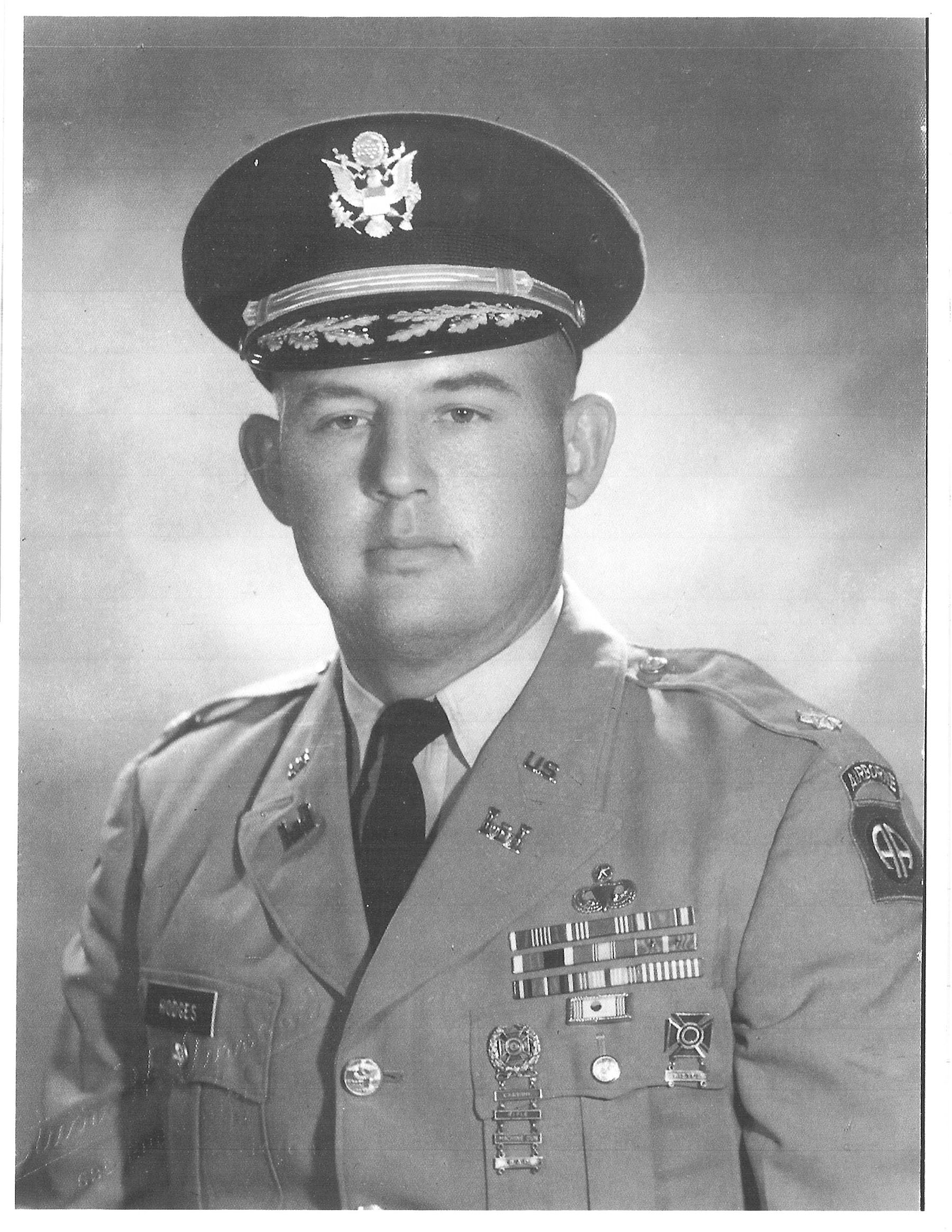 In 1944 at age 16 Harry Allen Hodges joined the U.S. Merchant Marine and sailed on the Pacific until WWII ended.  When he returned he joined the U.S. Army and volunteered for basic airborne training and fought in the Korean War where he received a battlefield commission as a 2nd Lieutenant, Corps of Engineers.  During the period 1961-63, Harry, then a Captain commanded Company B, 307th Airborne Engineer Battalion, part of the 82nd Airborne Division, where his company received the Itschner Award as the Best Engineer Company in the U. S. Army worldwide.  During his assignments with airborne units, he qualified as a freefall parachutist amassing a total of 540 parachute jumps and two hours in freefall.  He served two one-year tours in Vietnam in 1964 and again in 1969-70. Still in the Army he attended University of Nebraska and completed his undergraduate studies.  He also attended the Defense Language Institute in Monterey where he studied both Spanish and French.  During his Army days, he lived outside the US for seventeen years.  Retiring in 1974, as a Lieutenant Colonel, he returned to National University where he received his MBA degree in 1979 and worked as Director of Plant Operations at Mesa Vista Hospital until retiring in 1990.

He was passionate about his favorite hobby, Amateur Radio, and thought that everyone was missing out if he wasn’t a ham radio operator.  He was on the radio for some part of each day unless traveling to all parts of the world.

Private services were held at Miramar National Cemetery  7/15/19; and  a Celebration of Life will be held on Sunday July 28 at 1PM at Felicita Park in Escondido, CA.   In lieu of flowers, please donate to the Michael J. Fox Foundation for Parkinson’s Research or charity of your choice.