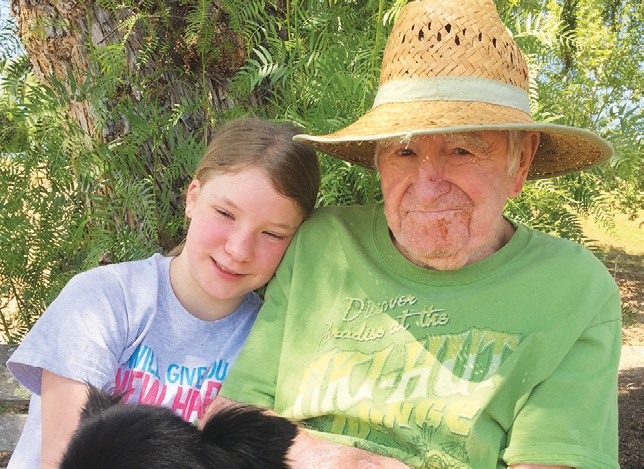 Ken Hartle, one of Valley Center’s longest and oldest residents, celebrated his 102nd birthday August 8. Still living on his property off Hilldale Road, surrounded by friends and family, including his great-granddaughter, he spent the evening reminiscing stories of his long but never forgotten past. He is the oldest living Navy master diver. It’s been more than half a century since he was more than 100 feet underwater, wearing a 100+ pound suit, but his will to live and endure remains just as hearty. He is a proud citizen of VC and is always ready to share a few stories of the good life he’s made here.