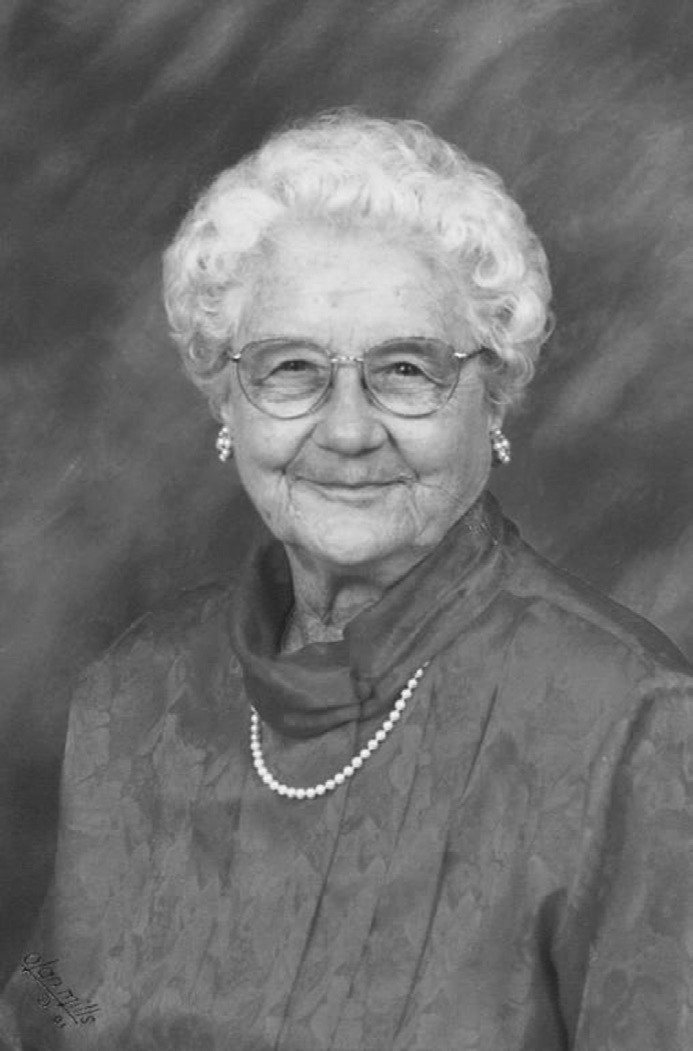 Longtime Valley Center resident Hanni Martha Pilz Norris, who spent the last ten years of her life in Escondido, died February 15, in Escondido. She was one month shy of her 96th birthday.

She was also predeceased by her husband of 57 years, Neil Norris. She is survived by her five daugh­ters; by a grandson, David Jones (Kristin) and a granddaughter, Deborah Jones Dunlevy (Nate) and five great grandchildren of whom she was very proud.

Along with her family, she emi­grated to the United States through Ellis Island, arriving in Los Ange­les, the day before her 10th birth­day. (March 1930). Along with her siblings, she was enrolled in Custer Avenue School where they began studying in English. One memory she shared recently was of singing Christmas carols in the corridors of the school–Fa La La La La.

In about 1940 Hanni and her brother “Hal” temporarily took over operation of the family gro­cery store while their parents made a trip to visit family back in Ger­many.

She and Neil Norris were married in the Methodist Church in Oak­land in December 1943. Following the birth of their first daughter, they moved to Valley Center, where her parents had purchased a grocery store (and which she and her broth­er had previously run for a time). The store carried groceries and hardware, was equipped with three gas pumps out front, an ice house in the rear, a butcher counter, mail boxes and a lending library. Neil started and operated Norris Feed and Supply from a Quonset build­ing next door with Hanni as his bookkeeper. Together they raised five daughters: Ruth Norris Abbott, Katherine Norris Jones (Duane), Mary Lou Norris, Judy Norris Har­mon (Randall), and Virginia Norris Schlect (Les).

With family members, she was a founding member of Grace Trinity Church in Valley Center and main­tained a life-long interest in that organization through its restruc­turing to Valley Baptist Church of Valley Center. In later years she joined Grace Lutheran Church in Escondido.

Her favorite hymn was “Oh That Will Be Glory For Me.”