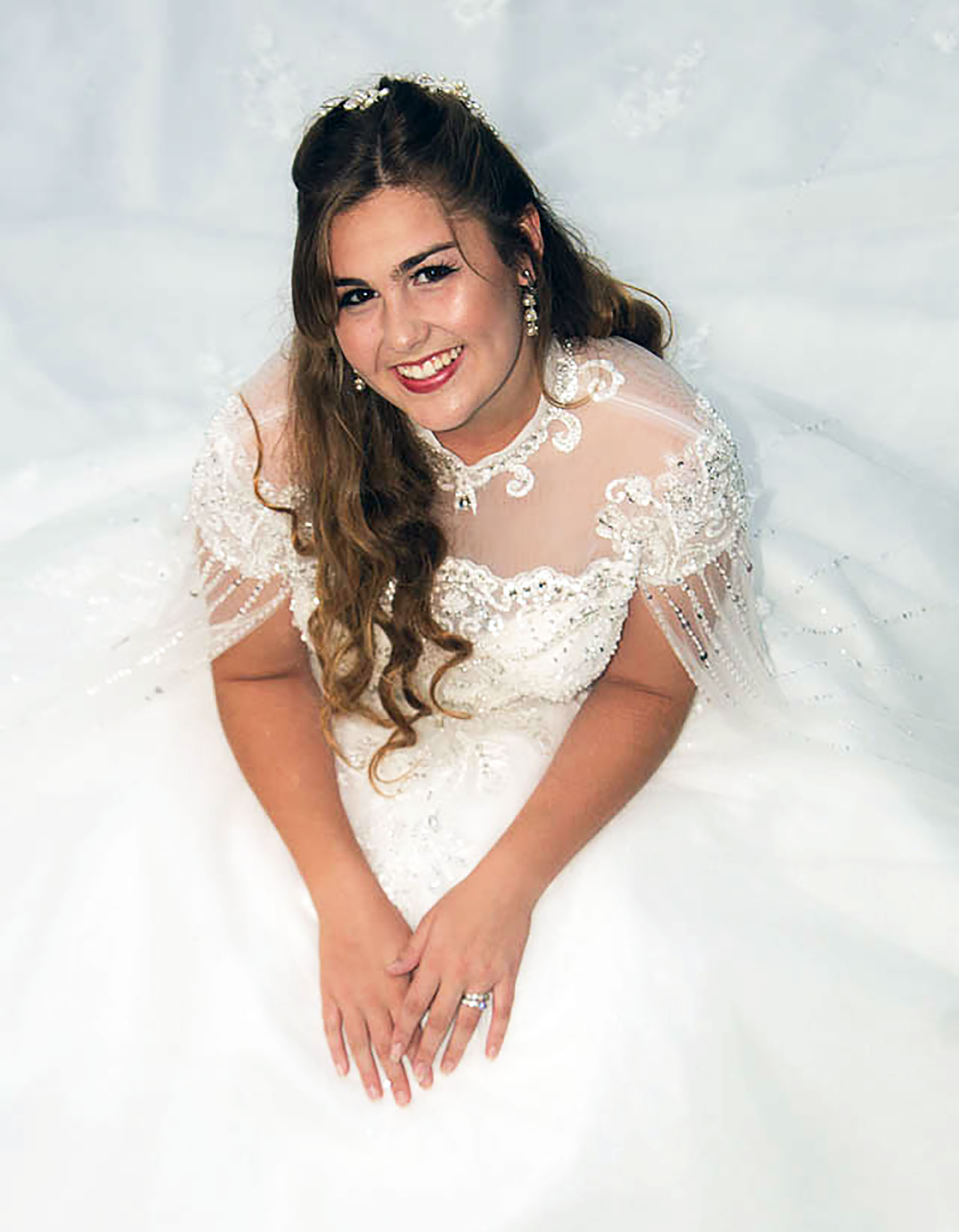 Hannah Elizabeth, a 16 year old, will debut at the Howard Brubeck Theater this Saturday and Sunday with a selection of sacred songs. Photo by J. Camillo Photography

A Theatrical Concert Debut for Hannah Elizabeth at Brubeck Theatre (on campus at Palomar College in San Marcos) will be held Saturday 7-9 pm July 20 and Sunday 5-7 pm July 21.

Come and absorb 90 minutes of angelic sacred songs from young Hannah Elizabeth (age 16) that include crowd shocking dramatic events mixed with some humorous twists as this young star and her high school colleagues chronologically present a full depiction of the early to final stages of Christ’s life from birth to crucifixion and after a tearful interlude, His resurrection and ultimate heavenly ascension. Hannah Elizabeth is a young rising star vocalist eager to share her talent and gift to those willing to come to this weekend’s show.

Hannah wants to challenge her audiences with this question: “Was Jesus’ life a collection of myths or is the record of his human appearance based on accurate and documented testimonies of those who knew this most famous historical Figure to ever visit this planet? You be the judge!”

This theatrical concert was inspired and is directed by Jenny Root (her mom) who discovered Hannah’s singing talent at the early age of 9. Her first public debut was on top of a picnic table in Fremont, California where she sang the Lord’s Prayer just after helping her church group feed the homeless people in the park at that table. Since then, Hannah has sung before opera critics and been trained for opera quality with vocal lessons by a nephew of Mel Gibson at his family’s Malibu Chapel where she has performed more than once.

Hannah Elizabeth has a consistent history of singing in both Catholic and Protestant settings sharing her Gospel theme and message publicly wherever she goes. Shy in person but bold on stage, she has performed before thousands of people young and old – outdoors at Concerts in the Park and the Oceanside Amphitheatre, the Sunset Market, Fashion Valley Shopping Center and the San Diego Fair. She has also performed indoors before the chief editor Huff Post critic at the San Francisco Opera, at Catholic Mass in Los Angeles, Neighborhood Church in Castro Valley (East Bay of San Francisco), Calvary Chapel in Oceanside, Lighthouse Community Church in Vista, Crossroads Christian Reform Church near Escondido, the Veterans of Foreign Wars in Ramona and Brubeck Theatre at Palomar College in San Marcos.

Hannah will be a junior this year at Calvin Christian School where she earns straight A’s and loves coming home to her nearby ranch to ride her two jumping horses and care for her Golden Retrievers.

After her July events, Hannah has two performances planned for early September at the Poway Performing Arts Center (800 seat capacity) and future theatrical concerts throughout the rest of San Diego County and Southern California.  In addition to sharing the Good News of the Gospel, her goals are to raise funds to support clean water in African villages and deliverance of women from bondage to the sex trade industry that is now pandemic in proportion to what it was 16 years ago when Hannah was born (on 9/11.).\

Hannah and her supportive family and friends believe that any attendees and families coming to her upcoming concerts will go home divinely inspired to make room for God’s love in their lives and to personally make a difference in our suffering world.