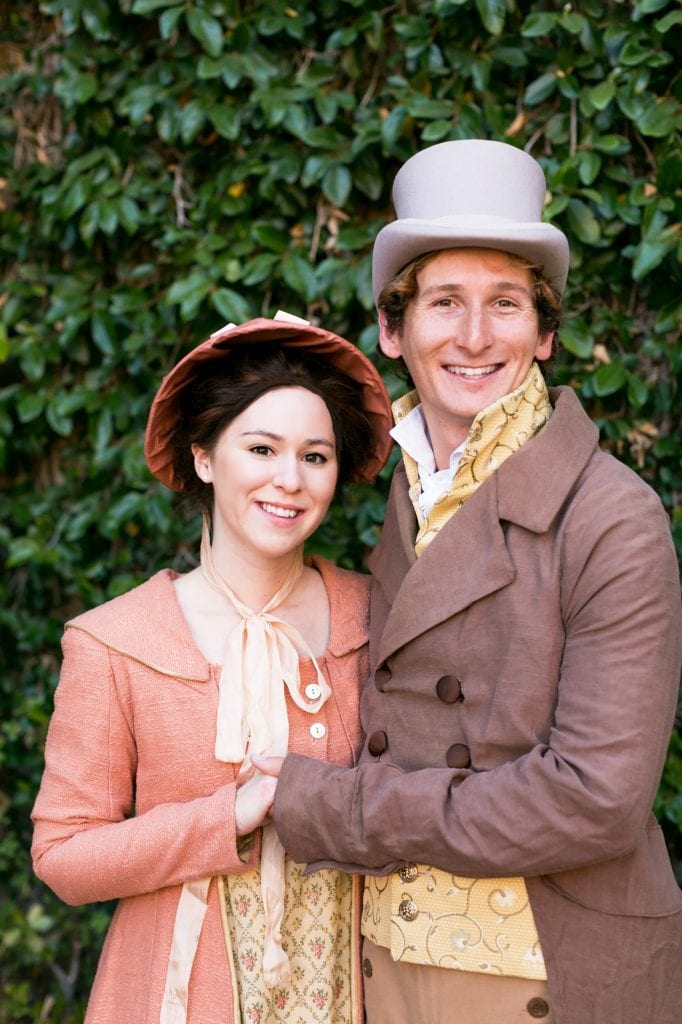 The 413 Project Theater will open a play adaptation of Jane Austen’s “Sense and Sensibility” September 7, at the Grand Tea Room in Escondido.

Based on the classic novel, two sisters, Elinor and Marianne, are thrust into poverty by their brother’s scheming and manipulative wife. Reduced to living with their mother in a tiny cottage with their prospects for marriage nearly ruined, the sisters are nevertheless courted by three dynamic men, each with a dark secret. The shy and awkward Edward Ferrars wins Elinor’s cautious but constant heart, neglecting to tell her he is already engaged to another. Colonel Brandon desperately loves Marianne, but his former attachment to the ill-fated Eliza and his old-fashioned habits fill Marianne with mistrust and disdain. Instead, Marianne, passionate and reckless, falls head-over-heels in love with the dashing Willoughby, only to be deserted when his true character emerges. Their hearts broken, Elinor and Marianne nearly give up on love until fate intervenes.

All performances will take place at the Grand Tea Room located in downtown Escondido. General Admission is $68. Reserved seating is $89. Shows will run September 7–23 with performances on Thursdays, Fridays and Saturdays at 7 p.m., and Sundays at 1 p.m. and 6 p.m.