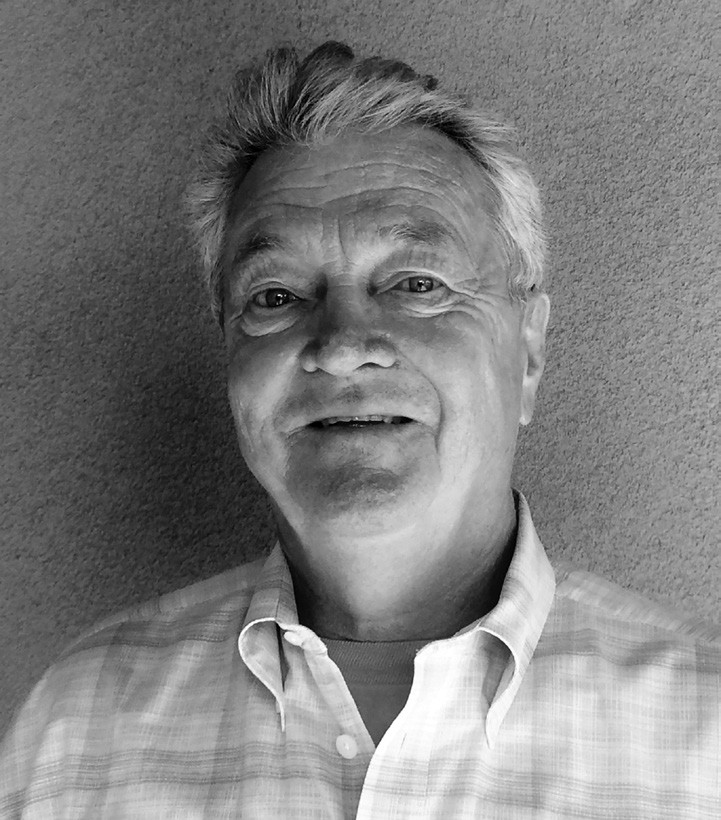 John Schwab, owner of All Brand Toner Refill, has been a member of the Escondido Chamber of Commerce since 2007.

At this fall’s Grand Avenue Festival, celebrate the season by participating in the Carved Pumpkin Contest and Pumpkin Costume Contest. Both are new to the festival.

Celebrating the fall season will be the theme of this year’s festival, Escondido on Sunday October 16 from 9 a.m. to 5 pm. For 27 years, thousands of people from all over the county have come to enjoy the historic Grand Avenue during the street fair where over 400 vendors, local entertainment, kids rides and international cuisine fill twelve city blocks.

“We are asking businesses to participate in the pumpkin contest,” Chamber of Commerce CEO Rorie Johnston told the Times-Advocate. “It’s a group opportunity to promote some creative skills in your organization. This is a way to celebrate fall. The Escondido Arts Partnership will judge the carved pumpkin contest.”

The other new contest is the pumpkin costume contest for children, which will be judged by the YMCA. “Because we are celebrating fall and pumpkins it would be creative to dress up as a pumpkin, but we will welcome any child in costume,” said Johnston.

The street fair is one of the largest such events in the state. You could literally spend the entire day walking up and down the 12 city blocks that will be roped off and not see the same thing twice. The Grand Avenue Festival and Street Fair takes place twice a year on the third Sunday of May and October from 9 a.m. to 5 p.m. and has been a family tradition since 1989.

Once again the Escondido Times Advocate is the Chamber’s media partner for this event.

Looking for a challenge? Grand Avenue Fall Festival attendees can participate in Zumba, fitness challenges and climbing a 24’ rock wall. In celebration of the fall season, street fair goers can enter a carved pumpkin contest and children 12 and under can enter the pumpkin costume contest. Winners will be recognized in the local newspaper and in the Chamber newsletter and social media.

Sprucing up your fall landscape? Join the festival for an opportunity to learn from celebrity landscape expert, Ahmed Hassan from HGTV and DIY Network. He is passionate about smart landscaping with zero waste. Find out what to plant in the fall and how to best manage pruning. Hassan will be presenting in the gazebo at Heritage Garden on Grand Ave at Juniper Street at 9:30, 12:30 and 2:30.

The Grand Ave Festival, Escondido is also the best place to get your holiday shopping started with unique gifts for the entire family, from hand crafted to one of a kind imports and stylish accessories at great prices.

Where once the festival used to have just one entertainment stage, now there will be two. Organizers are taking advantage of the Gazebo at Heritage Garden. You’ll see talent from local schools and there will also be roaming talents, such as a cappella singers.

There will also be several cultural entertainments, such as the Folklorica Dance Group.

“As we grow this event it takes a lot of volunteers to bring a festival like this to fruition, I would like to personally thank our chairman John Schwab,” said Johnston. “It has been our goal for a couple of years to make this an actual festival. We are making these changes to accommodate that. As we grow we want the public to be engaged.”

Johnston described Schwab’s participation as “falling into the category of above and beyond.”

John Schwab, owner of All Brand Toner Refill, has been a member of the Escondido Chamber of Commerce since 2007. He has always been involved in some capacity, but in the last year, has gone above and beyond.

As Johnston described it, “John’s service to the chamber has been as a volunteer. But in many instances, it has been for random needs where he simply steps in and takes care of the situation. Here are just a few examples:

“With the first rain storm of the year, water came pouring in through the roof of the chamber building. John took it upon himself to assess the situation. He removed two 5-gallon buckets worth of debris that caused a drain to back up. Then, he seal coated a portion of the roof and repaired a number of broken tiles. The building is now ready for the winter rainy season (assuming it will rain!).”

Each month, the chamber hosts a mixer. “John is always there to make sure our drinks are well supplied and cold,” says Johnston. “He also meets with the mixer location hosts to go over the logistics, all as a volunteer of the chamber.”

This year, Schwab also took on the most challenging task of all, organizing volunteers for the Grand Ave Festival who would take the event to the next level.

“It has been the goal of the chamber to increase activity to the Grand Ave Festival,” said Johnston. “This is not an easy feat as there are a number of things to organize. It was his goal to increase the entertainment offerings, include the participation of the fire and police department for community outreach and ensure the word is out to multiple news sources. John has devoted many hours of work to this event!

“To sum it up, John looks for opportunities to help, and will do so, often without being asked. He just does so.”

For up to date event information, to register for a contest or to rent a booth, visit: escondidochamber.org/grand-avenue-festival or call the Chamber at 760-745-2125.

A patriotic gathering of songs and bands and honoring first responders called “We the People” will follow the Grand Avenue Street Festival on Sunday October 16, switching from that street to Grape Day Park. The plan is to start at 5 p.m.

The event is being organized by Thomas Bush, director, Prayer Assist, (www.prayerassist.org) and prayer coordinator of the San Diego Regional Prayer Network

Organizers are working on getting a military band to come and do patriotic songs at the beginning the gathering. At this writing they were working on booking the 3rd Marine Band from MCAS Miramar.