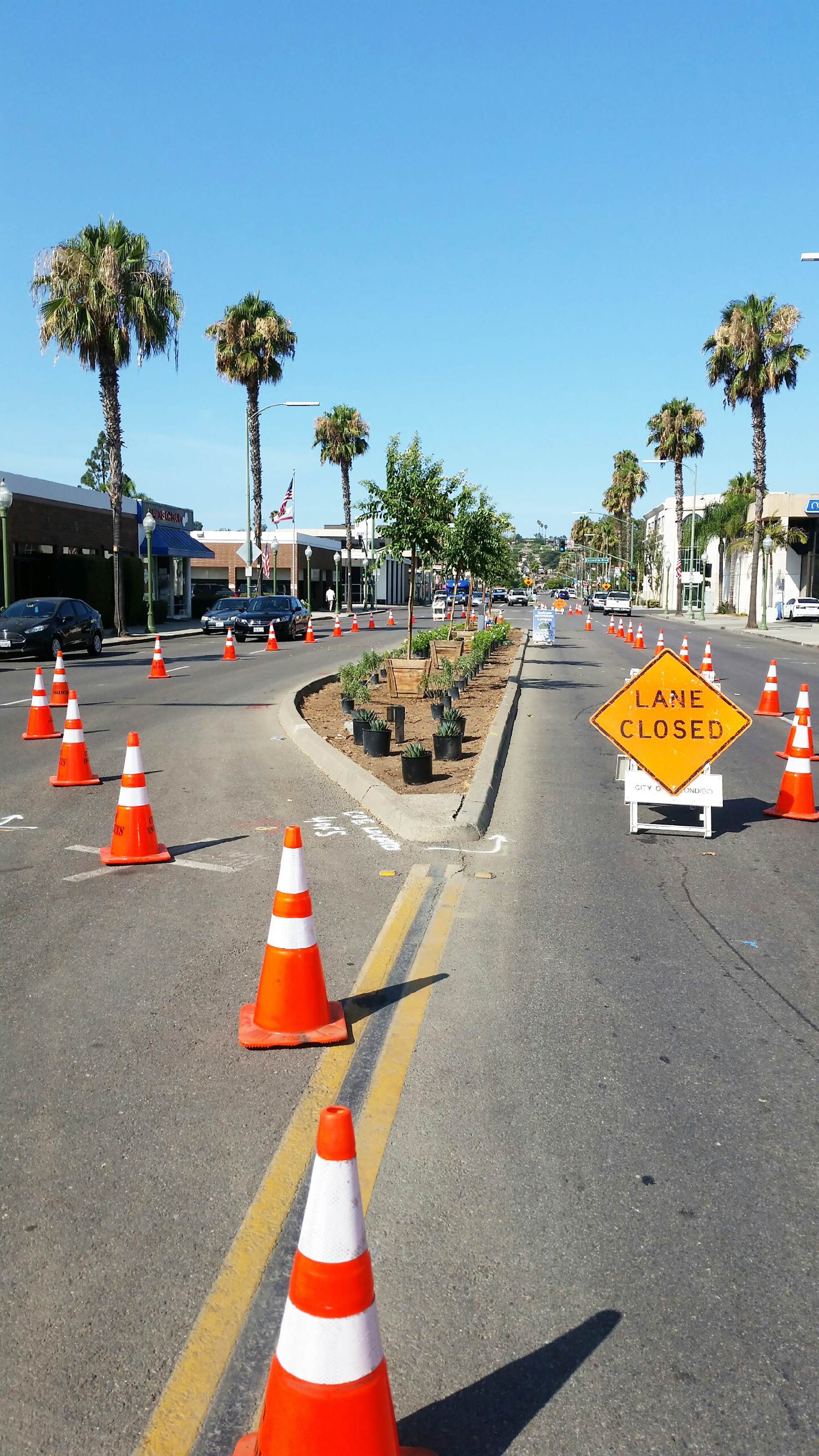 Drought tolerant plants are going into the medians along Grand Avenue.

Landscaping on Grand Avenue medians began last week. The crews will install up to two medians per day and should be wrapped up by the end of next week.

Drought-tolerant plants and trees have started to go in along the medians on Grand Avenue in downtown Escondido.

Alex MacLachlan, president of the Escondido Downtown Business Association (DBA) which is helping to fund the beautification efforts in cooperation with the city, told The Times-Advocate: “This project is important, in that it shows the system can work, that a business association can raise money, propose an improvement to the city, and get cooperation and buy in from not only City Hall, but other civic minded individuals in the community, who lend their own assets and expertise to a city goal.”

This is a partnership between the City, private sector stakeholders and the Downtown Business Association.

MacLachlan  added, “It’s also important, in that it shows small business owners downtown and city residents, that their peers, colleagues, and city staff are always working behind the scenes trying to make their city a better place, one that others would want to visit and perhaps in which to invest.  It starts with civic pride and feeling proud of where you are from and ‘trusting’ in who is working on your behalf. The system only works if we are all working together to make a better Escondido, in whatever form that takes.”

If you have any questions regarding the project, please contact Michelle Geller at 760-839-4587 or mgeller@escondido.org. 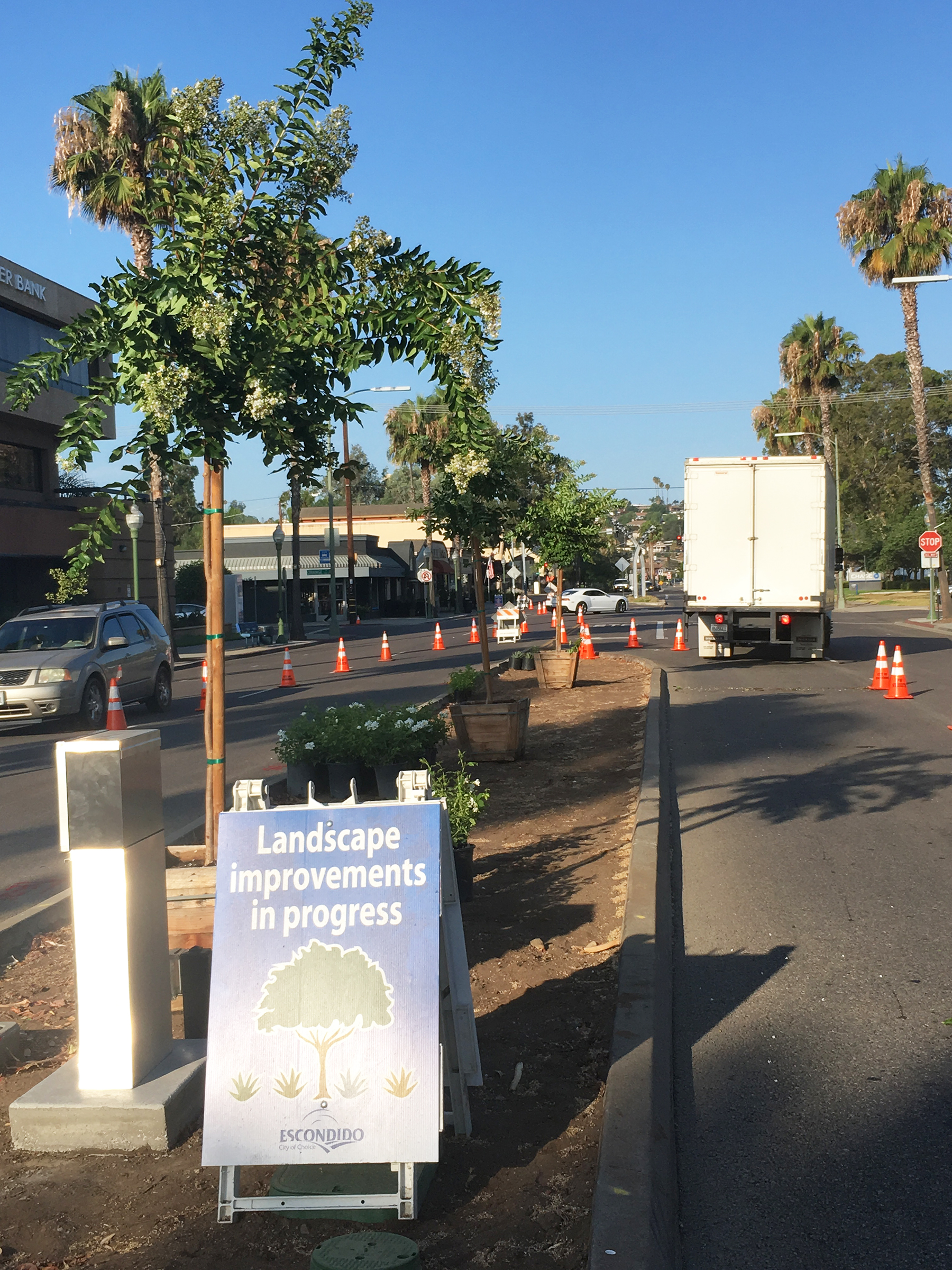