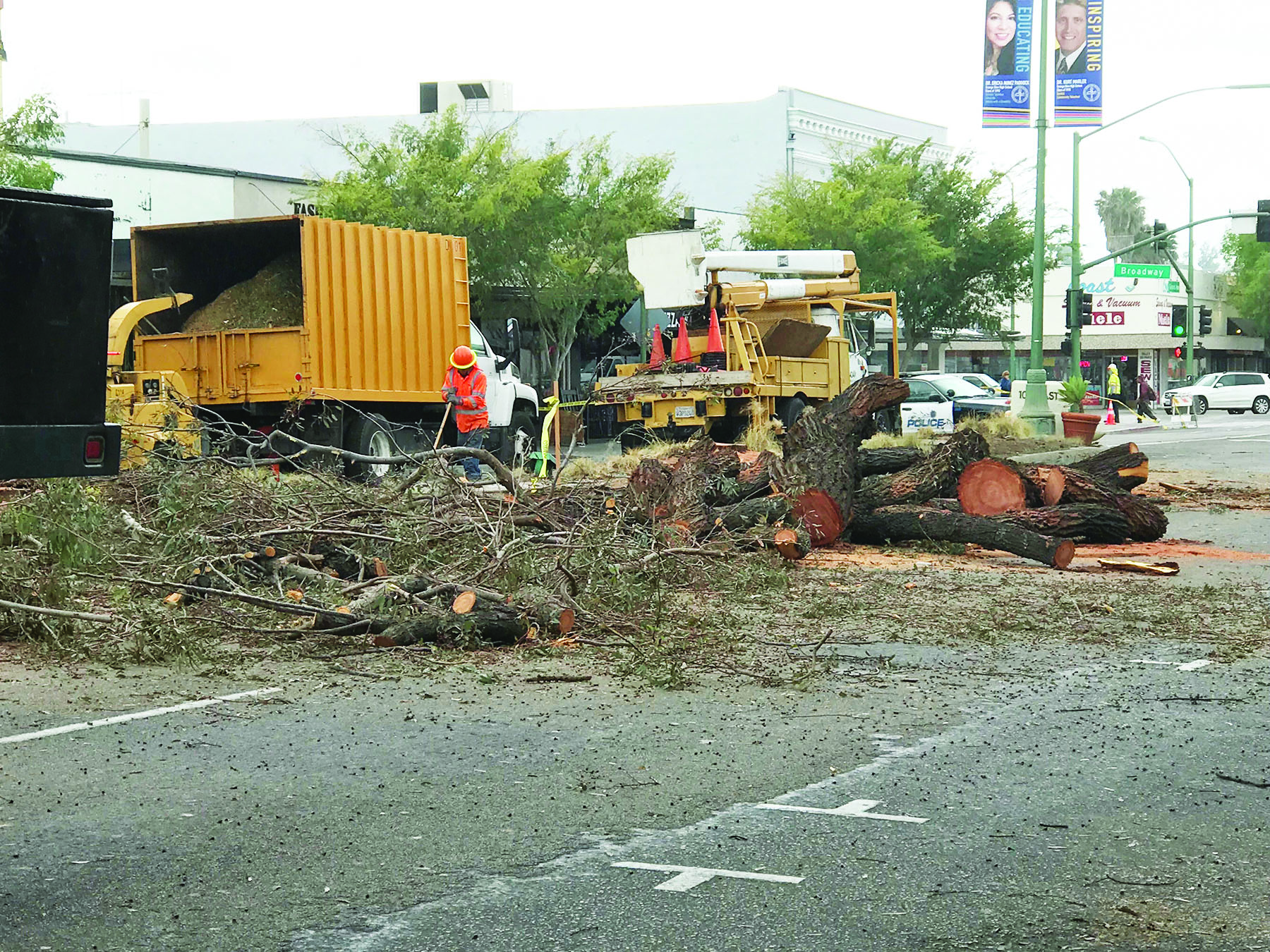 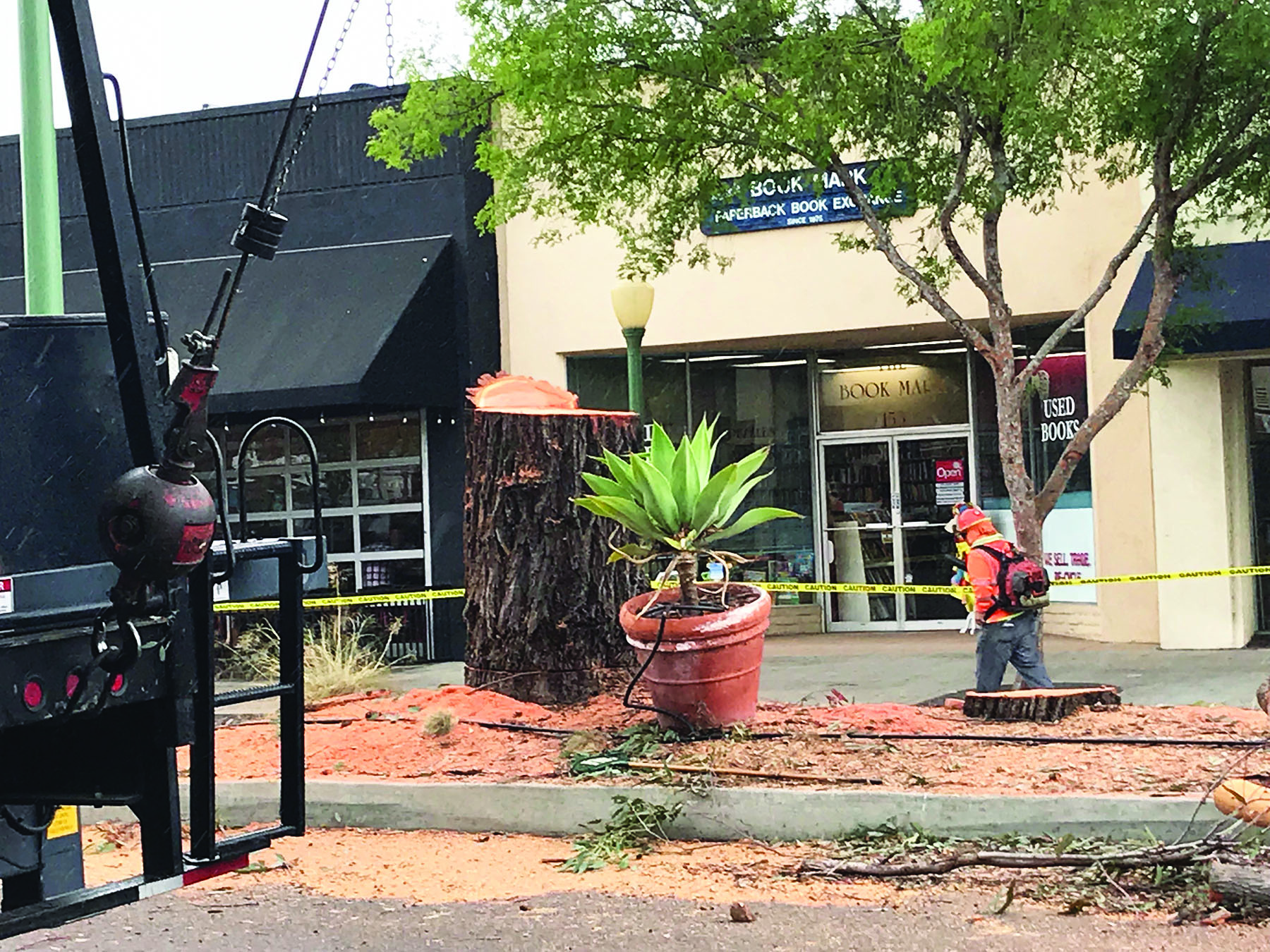 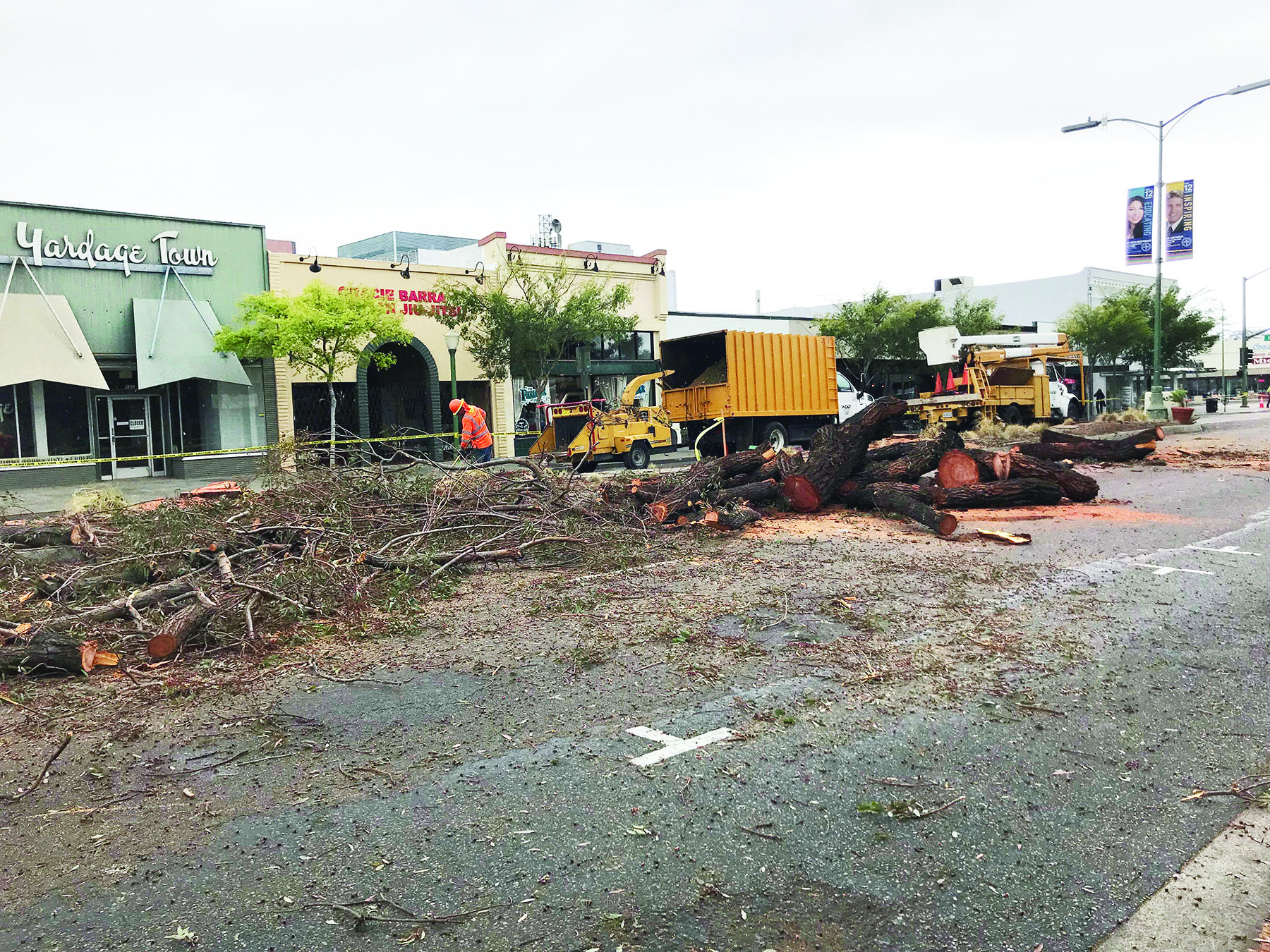 The facelift of the Grand Avenue Median began on Monday with removal of eucalyptus trees, which will be done by the end of the week. The entire project will take about eight weeks to finish.
For the past few months city staff have been working with private sector stakeholders and the Downtown Business Association to come up with a plan to beautify the medians along Grand Avenue.
Several of the medians are no longer able to accommodate attractive, permanent landscaping due to an overgrowth of the existing tree roots. This has resulted in the need for constant, short-term replanting just to maintain minimum appearance standards.
This week the city has begun removing the eucalyptus trees and planting new, drought-tolerant trees and plants. The Downtown Business Association has committed to investing grant funds they received from the County into the project.
According to the city, the work schedule will not disrupt Cruisin’ Grand, the Farmers Market or the May 20 Street Faire. Photos courtesy Patty Thompson.