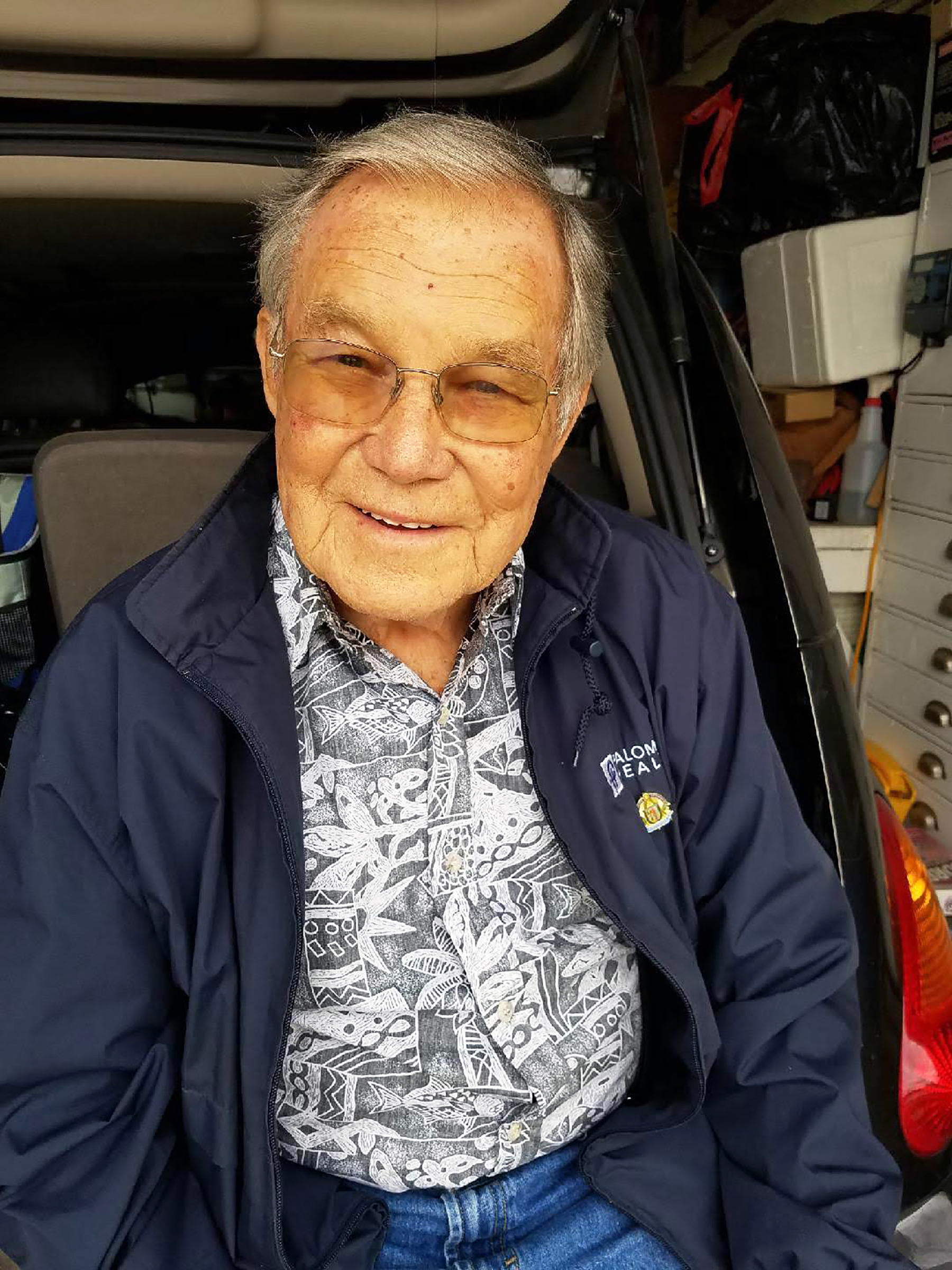 Gordon Eugene Strickler of Escondido, California passed away on November 14, 2018. Mr. Strickler was 90 years old, having been born on June 17, 1928 in Elkhart, Indiana to Noble & Gunhild Erickson Strickler.

Gordon and his wife Patricia moved to Escondido in 1972 from Elkhart, Indiana. Gordon owned and operated several businesses: Strickler Motors, Candlelight Crystal, Autohaus and On-Site Mobile Drapery Drycleaner. Mr. Strickland had many friends, loved to play golf and was a great conversationalist. He will be missed by many.

Mr. Strickler was a lifetime member of the Grand Lodge Free and Accepted Masons of Indiana, Tyrian Lodge No. 12, F. & A.M. He was also a member of the American Legion, J.B. Clark Post 149. He volunteered at Palomar Hospital for two years as a shuttle operator in 2012.

Mr. Strickler was a boatswain’s mate in the United States Navy. He was a WWII veteran. He was married to Patricia for 43 years.

He was preceded in death by brother, David Strickler and sister, Helen Hostetler.

Donations may be made to Elizabeth Hospice in Escondido. A memorial service will be scheduled at a later date.