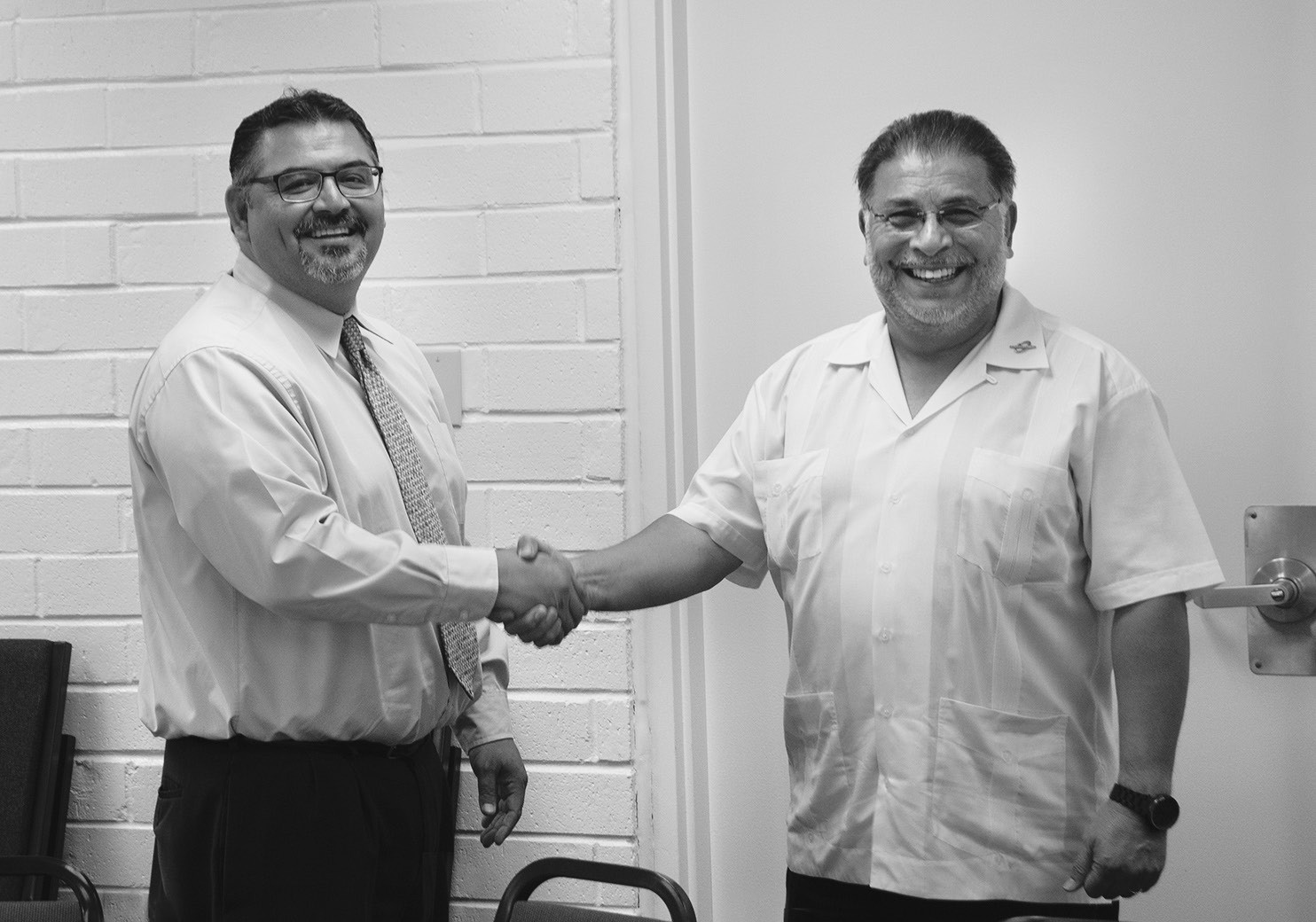 The Palomar Community College Governing Board approved the appointment of Adrian Gonzales as the Interim Superintendent/President, at their June 23, 2015 Special Meeting.

“Let me be the first to congratulate you and welcome you as Palomar’s Interim Superintendent/President,” said Governing Board President John Halcón.

Gonzales joined Palomar College as the Assistant Superintendent/Vice President of Student Services in July 2013. In this capacity, Gonzales has served as the district’s Chief Student Services Officer, developing annual goals and objectives for his Division.

Prior to joining Palomar, he worked at College of the Desert for nearly 15 years, where he served as the Interim Vice President of Student Affairs and the Dean of Student Support Programs & Services. He began his career with the Ford Foundation in New York City, where he served as a Program Associate for the Education, Media, Arts & Culture Program and contributed to the Foundation’s grant-making efforts geared toward strengthening K-16 educational partnerships throughout the country.

Gonzales holds a bachelor’s degree in Political Science from the University of California, Los Angeles and a master’s degree in Public Administration with an emphasis on Education and Social Policy from the University of Washington, Seattle. He is a member of a number of professional organizations, including the Chief Student Services Administrators Association; American Association of Collegiate Registrars and Admission Officers; Association of California Community College Administrators; and California Community Colleges Matriculation Professional Association.

He was born and raised in Brawley, California and currently lives in San Marcos, California with his wife and two children.