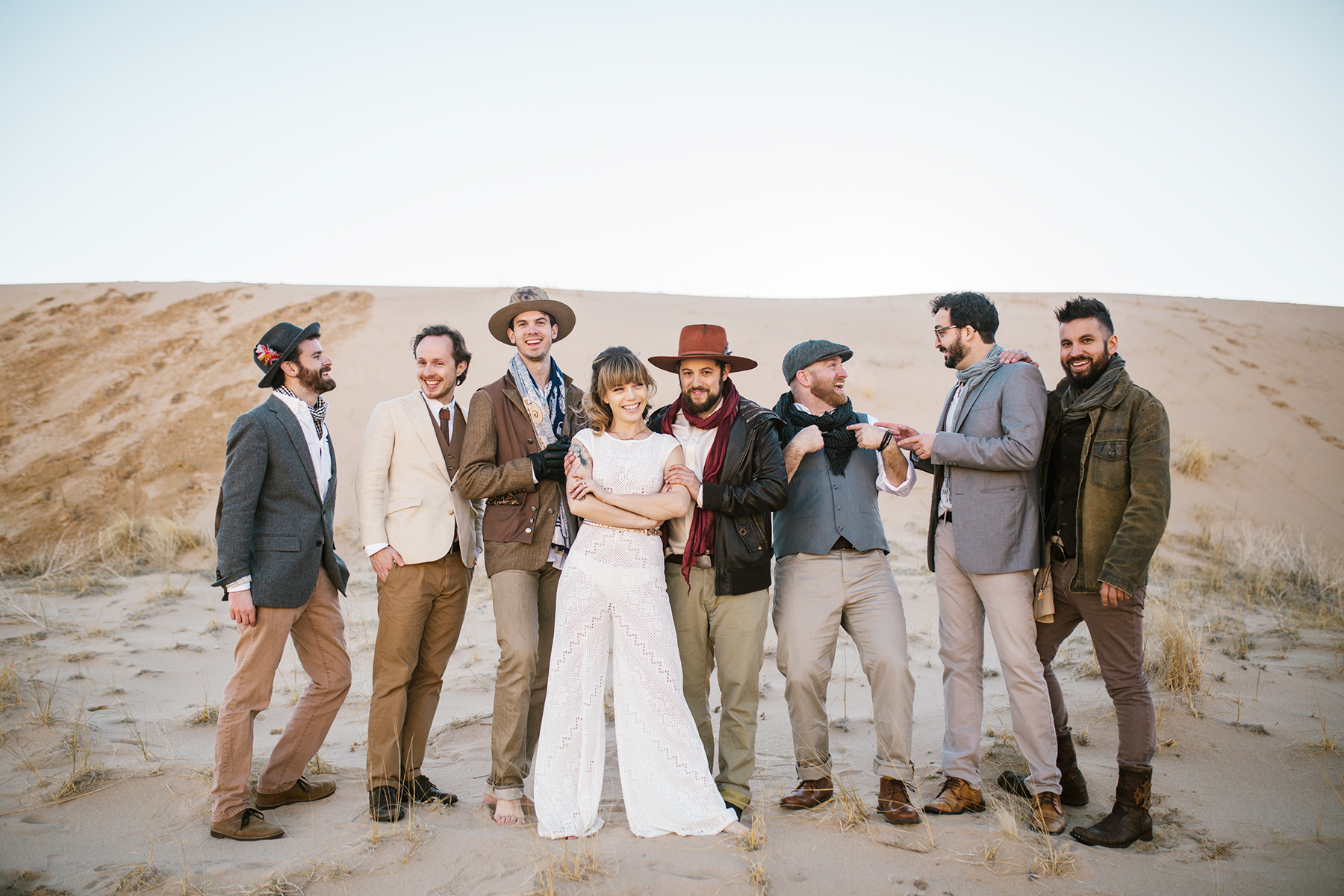 Hot Club of Cowtown and Dustbowl Revival will perform March 21 at the Center.

Two amazing bands are coming together for Across the Great Divide: A Celebration of the 50th Anniversary of the Band Starring The Dustbowl Revival and Hot Club of Cowtown, which happens one-night only at the California Center for the Arts, Escondido on Thursday, March 21 at 7:30 p.m. in the Concert Hall.

Taking equal inspiration from Django Reinhardt and Western swing styles, country trio Hot Club of Cowtown has developed a reputation for jaw-dropping virtuosity that places its members “at the very top of their game” (New York Times.)

Together, both groups celebrate the 50th anniversary of The Band, performing music from The Band’s classic albums “Music from Big Pink” and “The Band.”

Hot Club of Cowtown and Dustbowl Revival have found a fresh approach to doing a tribute concert. To salute the hugely influential first two albums by The Band, these two groups – both highly-regarded in their own rights – will be playing select songs off of Music From Big Pink and The Band while mixing in some of their own tunes as well. As Hot Club of Cowtown’s Elana James explains: “It’s not a purely “tribute” show. It’s more a testament to the timelessness and influence of these Band songs, to weave our own material through them and let that resonate.” Dustbowl Revival’s founder Z. Lupetin further elaborates that their own songs will be linked rhythmically or spiritually with the Band tunes that they’ll cover. Each group will perform individually and together, and, as a result, the concerts wind up being a different and distinct performance each night.

This free-flowing intermingling of music at these concerts are a perfect way to honor the Band’s musical gumbo of roots styles, but it also wonderfully reflects the Hot Club of Cowtown and Dustbowl Revival own approaches of drawing from various heritage musical styles in constructing their unique sounds. Hot Club’s deft melding of gypsy-jazz and Western swing demonstrates how Texas dancehalls and Parisian cafés may be far apart geographically but not musically. Dustbowl Revival, meanwhile, mines Dixieland jazz, pre-war blues, old-timey bluegrass, and Memphis soul to construct their genre-hopping, time-bending party music.

In gearing up for this tour, the two groups have found favorite Band tunes that they’re excited about sharing. James loves “This Wheel’s On Fire,” which she often played during her time touring in Bob Dylan’s band, particularly for how the song plunges into “this mysterious, cosmic place.” She also touts her Hot Club co-founder Whit Smith’s masterful rendition of “I Shall Be Released.” Lupetin says that their drummer Joshlyn Heffernan turned his bandmates on “Don’t Do It,” which has become one of their instant party-starter tunes, and they also have had a lot of fun with the “swampy weird good-time jam” of “Rag Mama Rag.”

2018 represented a significant year for Dustbowl Revival too; their first release, “The Atomic Mushroom Cloud of Love,” was received a decade earlier. Coming out of the Southern California bohemian enclave of Venice Beach, they quickly became known for their exuberant live performances. After starting off as a rather size-shifting ensemble, they have solidified in recent years as an eclectic octet fronted by Lupetin and fellow vocalist Liz Beebe. Dustbowl Revival also has toured China as a guest artist of the State Department as well as performed at prominent festivals in the U.S. and Europe.

In 2019, both Hot Club of Cowtown and Dustbowl Revival have plans of releasing new albums, with Hot Club’s 7-track EP of Band songs, Crossing The Great Divide, coming out in January and a full length to follow later in the year. But the two bands also hope that this initial “Across The Great Divide” tour is just the beginning of a longer adventure together.

Get more information about the show here as well as purchase tickets here: artcenter.org/event/dustbowl-revival-special-guests-hot-club-cowtown/