Getting closure on loss of hospital’s ER 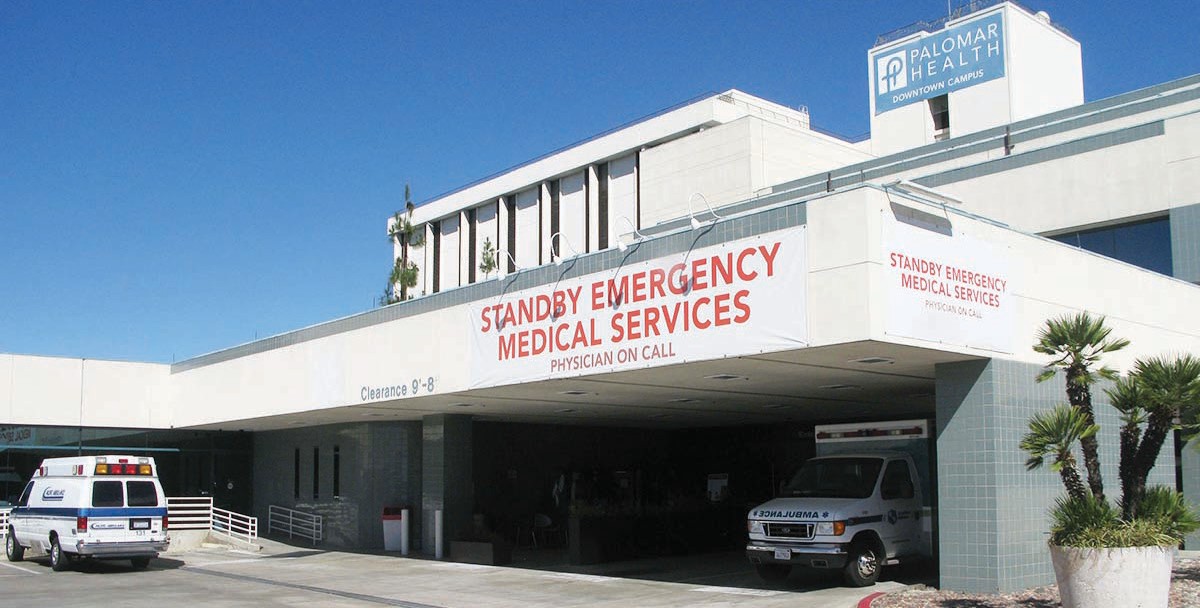 Ambulances haven’t brought trauma patients to the downtown Emergency Room of the old Palomar Medical Center since the opening of the new hospital of the same name.

Palomar Health’s closure of the emergency department is but a mile­stone on the road toward full closure and sale of downtown Escondido’s hos­pital and grounds.

Opened in 1965, the hospital is the victim of old age, crumbling infrastruc­ture and the changing nature of health care. The ER will close on March 14.

No date has been set for full closure of the hospital, but Palomar Health of­ficials are working “with a variety of state agencies to complete the process … with the ultimate goal that we may be able to secure their approval to move the services where we planned and as we planned,” said Frank Beirne, vice president of operations.

The company is seeking to move the downtown Behavioral Health unit to Pomerado Hospital in Poway. The OB/GYN department and acute care rehabilitation unit will be moved to the Palomar Medical Center on Citracado Parkway in west Escondido. Officials offered no time line for moving the de­partments.

Meanwhile officials have been work­ing with local health clinics to meet the needs of downtown patients. The Emer­gency Department there hasn’t received ambulance and helicopter cases since shortly after the new hospital opened in 2012. The downtown ER operates as a “standby” emergency department, a lesser designation than that of a “com­prehensive” department which deals with heavy trauma cases.

Because trauma cases are going to the new hospital, “mostly at the down­town campus there are bumps, bruises, sore throats, coughs, earaches, just things that could be equally served at the community health centers who are expanding their hours,” said Dr. Jaime Rivas, director of emergency services.

Beirne said that many indigent pa­tients would be better served by one of the seven community health clinics within a mile of the downtown hospital. The growth of these walk-in clinics is a part of the changing nature of health care. 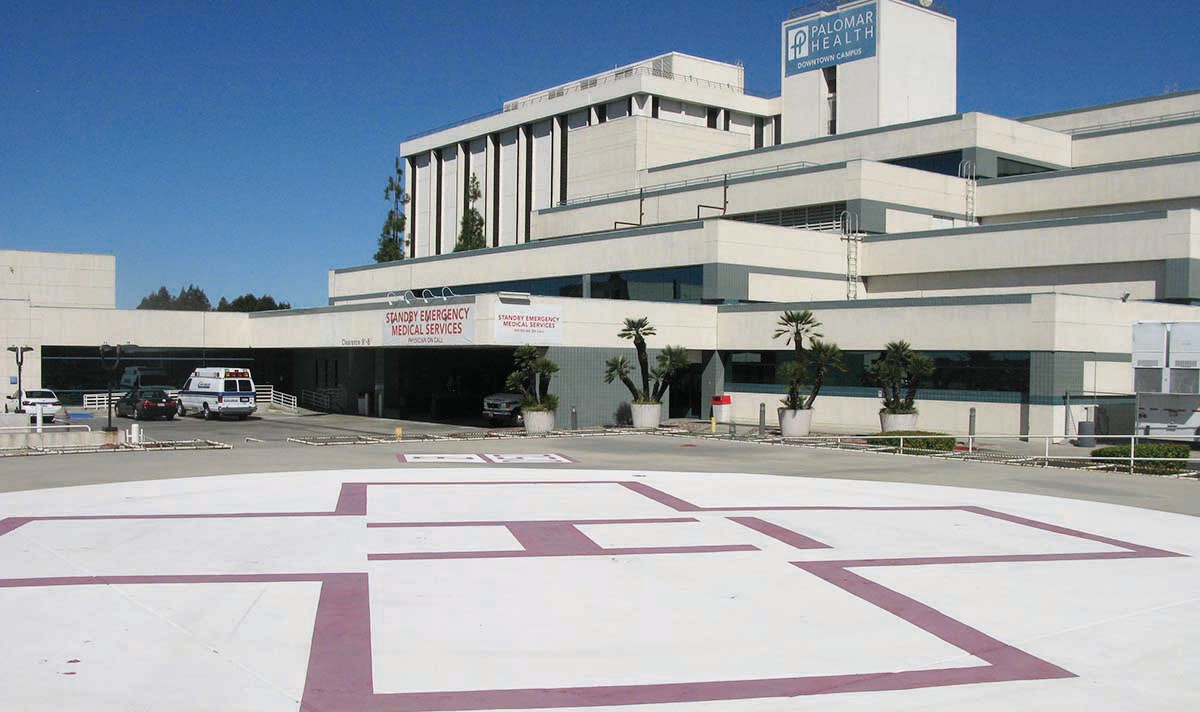 The helicopter pad outside of the downtown Escondido ER hasn’t been used since the opening of the Palomar Medical Center in 2012. The Standby ER doesn’t deal with heavy trauma cases and only 1 percent of the ER’s walk-in patients will fill beds at the downtown facility. The Standby ER will close March 14 and the remaining three departments will be sent to Pomerado hospital in Poway and the new hospital on Citracado Parkway.

result of the Patient Protection and Affordable Care Act of 2010, also known as Obamacare.

Beirne added that most of these clin­ics are are Federally Qualified Health Clinics under the law, designed to deliv­er primary and preventive care at Medi­care prices.

“These patients are largely individu­als who can be served in doctors offices and care centers. They have a set of medical issues that are not that complex but that need attention,” Bierne said. “Many of them will have a primary care physician guiding their care and taking care of them for the first time in their lives.”

The downtown clinics “will extend their hours, increase their staffing and their facilities to accommodate these pa­tients, and their needs in what really is the best possible, most appropriate set­ting for them,” Beirne said.

He noted that the $20 million of year­ly losses reported in the news are actually “cost savings, not loss, but cost savings that would be gained from not having to operate the downtown medical center as an aging physical plant with aging infra­structure and systems. The cost of deliv­ering patient care in that environment is expensive.”

Rivas said that the Standby ER down­town receives 75 to 90 walk-in patients per day as opposed to 240 to 280 patients daily at the new medical center. Because trauma victims are diverted to the new hospital, only 1 percent of downtown walk-ins need to be hospitalized, as op­posed to the new hospital’s rate of 70 percent filling beds for further treatment.

The new Palomar Medical Center still has unused floors and room to accom­modate the future move of the birthing and rehab units along with any future need for hospital beds.