Georgine Tomasi wants to be advocate for children, parents and teachers 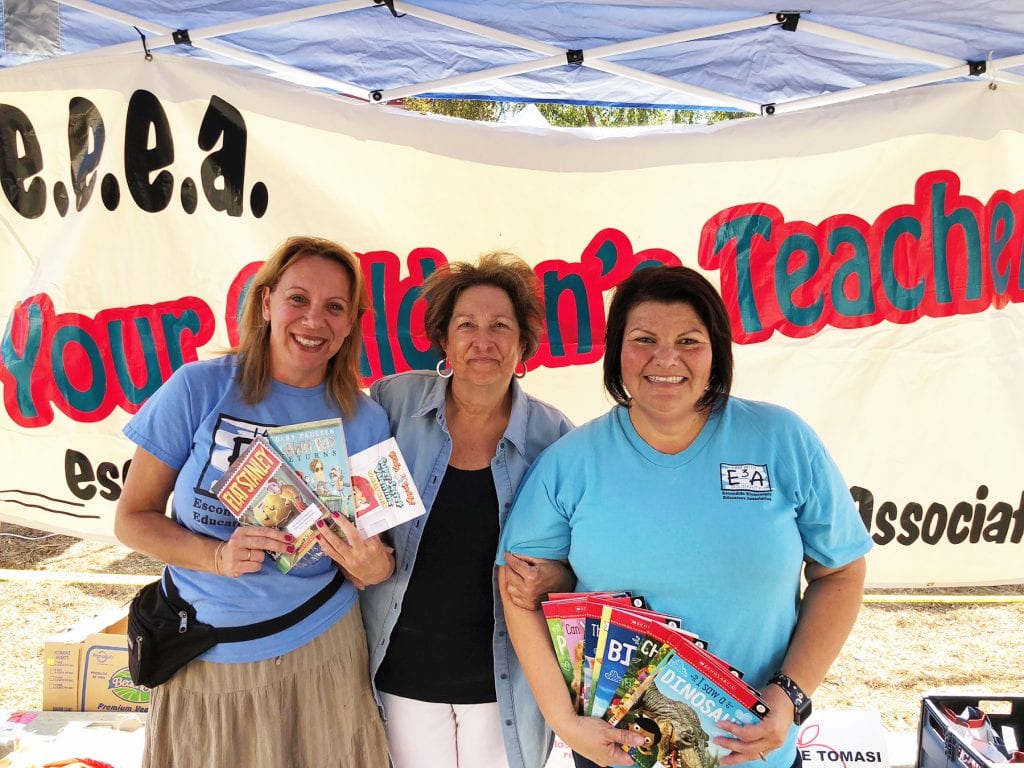 Georgine Tomasi is running for the District 4 seat on the Escondido Elementary School board seat held by incumbent Zesty Harper.

Mrs. Tomasi was a high school American history teacher for 17 years in New Jersey before moving to the Golden State. For 20 years she has been a representative of the California Teachers Association, serving area school districts and their teachers.

She did the same thing in Texas (for two years) and New York (for five years.)  “I have been an advocate for teachers and parent groups,” she says. “For enhancing the curriculum so kids learn through multiple disciplines. I think there are a lot of ways kids learn. Such as archaeology.” Teachers can use this discipline to teach science, art, math, language arts and social science. “I find a lot of kids learn that way,” she says.

Asked why she is running for school board, she says, “I think it’s a good school district. I want to make it a better one.” She has served on the Independent Citizens Oversight Council for the Bond, which keeps track of how the district spends the bond money voters approved several years ago. “They are doing a lot of good structural things that should have been done a long time ago,” she says.

The main thing that drew her to run was the safety issue, something many parents told her they were concerned about, especially at Bear Valley Middle School.  They were worried about the protocols for protecting students from visitors to the school and for keeping strangers from just wandering onto the campus.  Such a protocol is called a School Site Safety Plan.

“I was very concerned about that,” she says. “I would like us always to be prepared.” There are communities that have learned how to be prepared for situations such as active shooters. “A few changes need to be made and have a better perception so that kids will be safer.”  She adds, “We have good schools with great teachers. They and the students should be better protected.”

She was shocked to find that some school campuses in the district don’t have fences around their perimeters. “We don’t want to be paranoid, but we do want to be prepared at any time,” she says. “I just think current operations could be enhanced.”

Tomasi says it is incorrect to say she opposes charter schools, as her opponent has claimed. “I’m for charter schools as long as they are doing their jobs. We have one charter in this district that is not doing its job: Epiphany.”  She says this school has lost the endorsement of the California Charter Schools Assn., but the district is still signed on for five years with the school.

“I’m concerned that our kids in that school are getting substandard educations even by their association’s standards. That concerns me.  I think we have to look at charter schools. When it comes time to renew that school, are we willing to spend all that money to recharter it? It could cost us $18 million. If they are providing a good education, it’s worth it and if they aren’t, it’s not.”

She would also like to extend smaller class sizes from grades 1-3 to the other grades. “I’d also like to give teachers enough resources so they don’t have to dip into their own pockets to buy supplies, such as paper. We should provide the resources to teach the students,” she says. “When I was a teacher, I would spend $1,200 to $1,500 a year on supplies. Today it must be a lot more. For a simple thing like paper they are allotted only so much? Come on!”

If elected, she promises to be “a strong advocate for children, parents and teachers. I’ve worked hard at it for forty years. It’s not just my job, it’s my avocation. It’s become my whole life.”

You can reach Georgine Tomasi at allchildrenneedgreatschools@gmail.com. “I love talking to people,” she says. She has been walking through her district, talking to people to find out their concerns. “These are my issues, but are they their issues? I want to hear from parents.”

Tomasi has been endorsed by the Escondido teachers union. “That’s an honor, whether I win or not,” she says.

One response to “Georgine Tomasi wants to be advocate for children, parents and teachers”