Georgia’s School of Dance in downtown Escondido is celebrating its 65th anniversary with “Our Moment in Time,” its annual recital June 22 and 23 at the California Center for the Arts, Escondido.
The 7 p.m. shows will be in the arts center’s grand Concert Hall, with live music from the San Diego Civic Youth Orchestra accompanying the ballet performances. The recital includes dozens of group and solo performances in several other dance disciplines, including tap, jazz, hip hop, acrobatics, lyrical, ballroom, and musical theatre. In addition, a special alumni number is planned featuring nearly two dozen dancers who have trained at Georgia’s over its 65-year history.
Tickets are on sale now at the arts center box office at 340 N. Escondido Blvd. and online at artcenter.org. Tickets are $28 for adults and $15 for children 12 and younger; children age 2 and younger are free.
Georgia’s School of Dance, at 142 E. Grand Ave., is the oldest continually operating dance school in Escondido. Georgia “Georgie” Copeland opened her school in 1953 in Escondido. For four decades until she died in 1998, Copeland led the studio and inspired dozens of her students to become professional dancers.
Sue Gilson, who worked with Copeland for more than 25 years, has led the studio since the late 1990s. The school provides instruction for all ages in several dance disciplines, including ballet, pointe, tap, boys, jazz, hip hop, acrobatics, lyrical, ballroom, and musical theatre. It draws its children and teen students from many local schools, including Bear Valley Middle School, San Pasqual High School, The Classical Academy, Heritage Junior High, Escondido Charter High School, Mt. Carmel High School, and Marshall Middle School.
Georgie Copeland began her professional dancing career when she was 8. At 17, she was chosen as an MGM Starlet, making many movie musicals. She went on to work with 20th Century Fox making appearances as a “Goldwyn” and “Ziegfeld” girl. She worked with movie stars, such as Fred Astaire, Lucille Ball, Buddy Ebsen and Esther Williams. 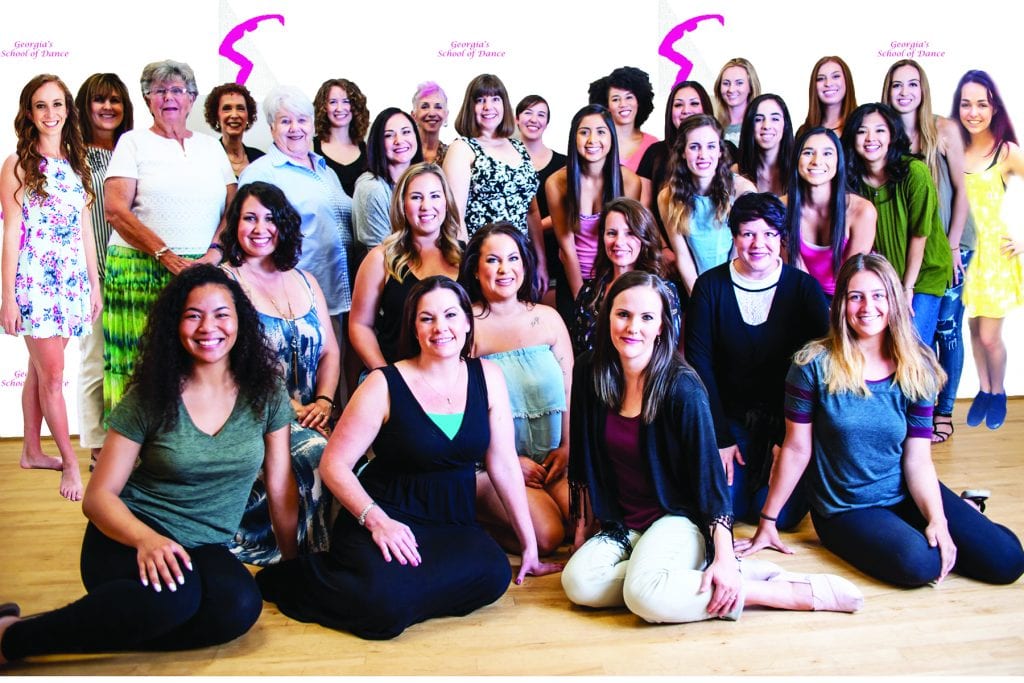