Georgia Jessen, 78, was a nationally-renowned quilter 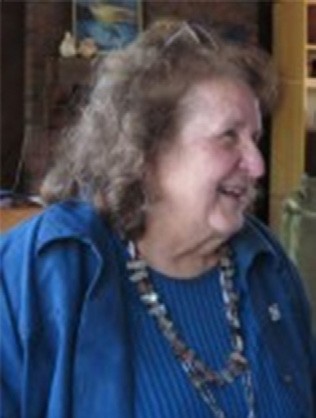 Georgia Marie (Toulou) Jessen died in her sleep on June 3, 2015. She was 78. She held firmly to her faith in Christ and has now received her crown and eternal reward.

Mrs. Jessen was born and raised in Marysville. She spent most of her young adult life raising a family in San Diego with her husband Darrell who was stationed there in the Navy. After a friend gave her a quilt as a gift, she became so interested in quilting that she taught herself how to quilt and quickly honed her skills. She began entering quilts in local and state fairs and soon began winning awards.

While living in San Diego County, Mrs. Jessen won awards for the quilts she entered at the Southern California Expo. Then, after moving to Santa Rosa, she began teaching quilting classes at the Healdsburg fabric store, Fabrications. She continued to enter her quilts in fairs, and continued to win awards, including awards at the State Fair in Sacramento. Mrs. Jessen quilts were being featured in national magazines like Quilter’s World and McCall’s and she was being sought after and commissioned to make and restore quilts.

By the time Mrs. Jessen relocated to Eureka with her husband, she was a nationally renowned quilter and was commissioned to help restore a Betsy Ross quilt that now hangs in the Smithsonian Institute. Not only was she known for her quilting, but Georgia was also known for her flawless crocheting, her unique process of making felt from hand dyed wool yarn, her own line of glass buttons known as Toulou Glass, and other works and projects, such as the military quilts she and her quilt guild would make for military families as a thank you for their service to our country.

Mrs. Jessen’s love for quilting overflowed to others and she began teaching again in Fortuna at Fortuna Fabrics and Crafts. Kim Spaeth from Fortuna Fabrics said, “In the 11 years she taught there, many of her students became dear friends. Many kept coming back for classes just for the enjoyment and entertainment of being around Georgia! Being a teacher gave Georgia immense joy…her eyes sparkled and her laugh was contagious! She taught machine piecing, but her true passion was hand quilting and appliqué. Her handwork was impeccable. There are many quilters in the world today, near and far, because of the hundreds of classes taught by our dear friend, Georgia.”

Mrs. Jessen also loved teacup poodles, the ukulele and, of course, her family and friends. She will be dearly missed but never forgotten. She was laid to rest in Sierra View Cemetery in Olivehursta.