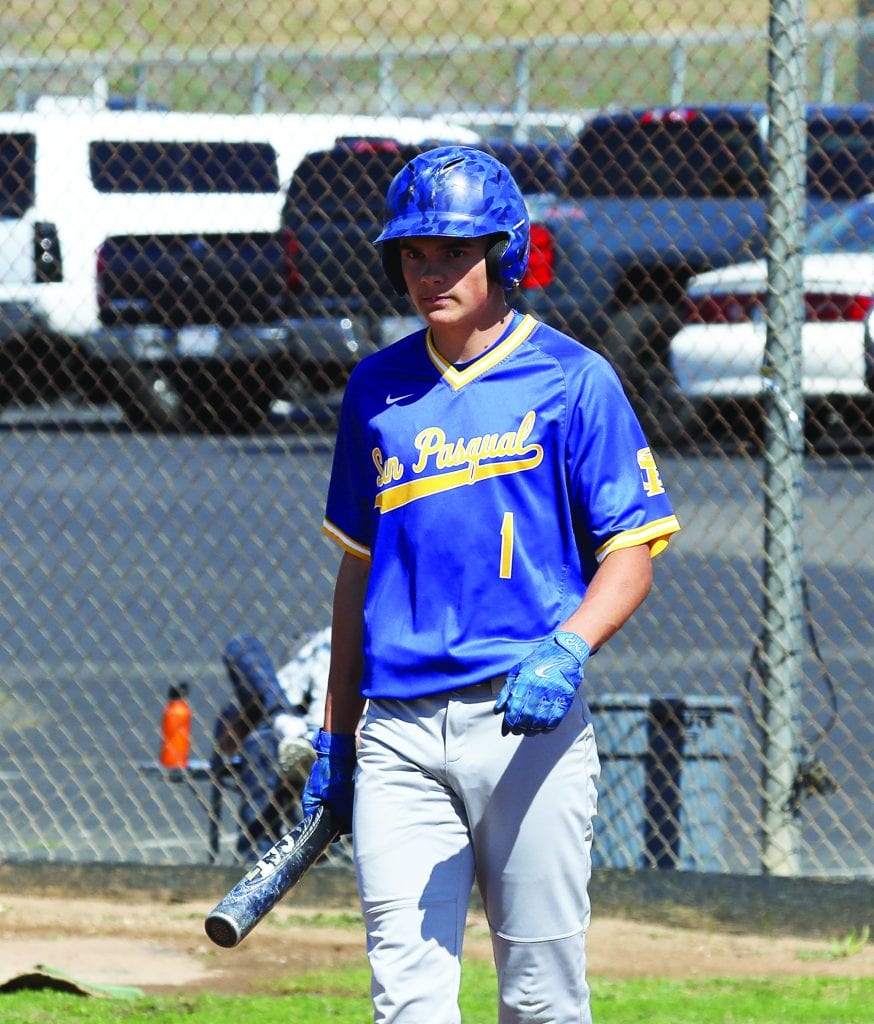 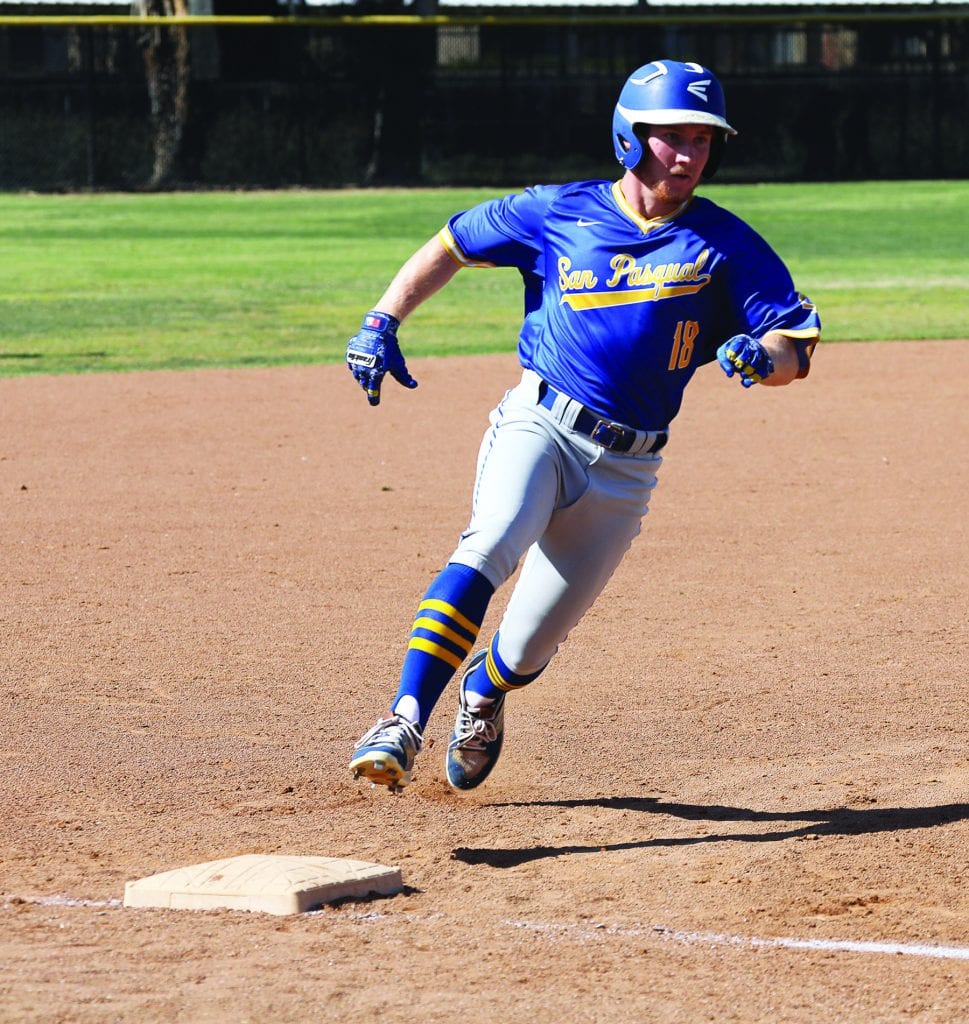 In the end, 2018 proved to be a year of firsts for the San Pasqual baseball squad. First-year coach Jake Blalock deftly guided his Golden Eagles to the school’s first-ever section baseball title.

Realistically, no one could have foreseen that kind of result. After all, SP entered the season having produced just four winning seasons since 2004. But Blalock had a few aces up his sleeve.

To begin with, he was no stranger to winning titles at the prep level, having thrice been a champion as a marquee player at Rancho Bernardo High. Moreover, Blalock came from mighty good stock, being the nephew of the revered Sam Blalock, the winningest coach in San Diego Section history with 946 victories that were amassed over 43 seasons at R.B. and Mt. Carmel.

Added to that intriguing mix was the fact that the younger Blalock had learned more than a trick or two during an eight-year minor league career spent with three organizations.

So while Blalock may have been new to the job, he was undeniably equipped to handle the challenging task ahead. He came to SP prepared to change the culture and make a mark. And with his players responding to the structure he implemented, his insistence on playing the right way and the passion that he brought to bear, things started somewhat slowly but did they ever kick into high gear once the G. Eagles eventually hit their stride.

By the time the season was done, SP had fashioned a splendid 22-11 record, had won 11 of their last 12 games and had pulled off one of the more improbable title runs in recent memory. Blalock had definitely worked some real magic in his initial year at the helm.

But not even a resourceful coach like Blalock could have gotten it done without a group of committed, talented and focused players who eagerly embraced his tutelage and were driven to prove their worth. These G. Eagles needed someone to light the spark and it was Blaylock who provided the flame.

In order to make it to the CIF SD Division IV Finals, the G. Eagles were required to oust Valley League rival Fallbrook in a game on May 30. This marked the fifth time during the campaign (thrice in the regular season and twice in the playoffs) that these two nearby neighbors had matched up. The previous four contests had been split so not only was a title berth on the line but bragging rights were also at stake.

Entering the bottom half of the fourth inning, the Warriors were clinging to a 1-0 lead but SP was about to post a three-spot that would prove decisive. Though the G-Eagles were able to muster just six hits on the afternoon, the two most important came in this inning when reliable Josh Tuttle and standout Connor Oca banged out RBI singles that netted three runs.

And once he was given an advantage, commanding right-hander Jake Madison made sure it stood up with a sparkling complete game in which he yielded just a pair of hits.

With postseason successes over San Dieguito, Foothills Christian and Fallbrook now in the books, the G. Eagles (No. 3 seed) had only one more hurdle to clear in their attempt to make history. That would come on the afternoon of June 2 at UCSD’s Triton Ballpark when SP took on a Castle Park team (seeded-eighth) that had defied long odds themselves by making it all the way to the title tilt.

And though the underrated Trojans (19-14) hung tough for a while at 2-2 going into the fourth frame, SP was about the erupt with the force of a Hawaiian volcano, tallying four runs in each of the next three frames to transform the championship game into a 14-3 rout.

Clearly, the offense was the big story for the winners as Blalock’s crew pounded out 16 safeties with a number of players doing some serious damage. Oca was his usual productive self, finishing with four RBIs and a pair of hits that included a triple. The always clutch Elijah Jackson kept his season-long mojo going with three hits, two runs scored and an RBI. Gritty outfielder Brett Sayers matched Jackson’s hit total while coming home twice and driving in a pair. Muscular third sacker Drew Thomas garnered both a triple and double while scoring twice and chasing in two ribbies.

As for the mound duties, those were effectively taken care of by starter Jude Kaup and reliever Jansen Lublin. The senior Kaup was more than steady enough while his stat line seemed to indicate a fascination with the number six – (6IP, 6H, 6K’s). As for the southpaw Lublin, he had the honor of wrapping things up with a perfect inning of work.

And to show that they were on top of their defensive capability as well, the G. Eagles were flawless in the field, handling 30 total chances without a miscue.

So rather remarkably in his first kick at the can, Blalock had taken his team all the way to the summit. And what a team it was! Jackson (.392, 38H) and Oca (.333, 30 RBIs) were true marvels at the plate. The trio of Tuttle, Thomas and Sayers all were instrumental batsman in the title push as was the 6-foot-8 Ryan Schmidt (.301, 25H, 16RBIs), who swung some pretty effective lumber himself.

What’s more, the hill corps couldn’t have been more balanced with Andrew Walsh (7-3), Madison (4-0) and Lublin (5-3) all sporting ERAs of 2.38 or less. And in addition to his win in the Division IV clincher, Kaup (3-3) was there whenever called upon.

Indeed, it was a season of firsts for the G. Eagles and because of that, it will be one that will never be forgotten by Blalock and the young men who answered his call to excel.