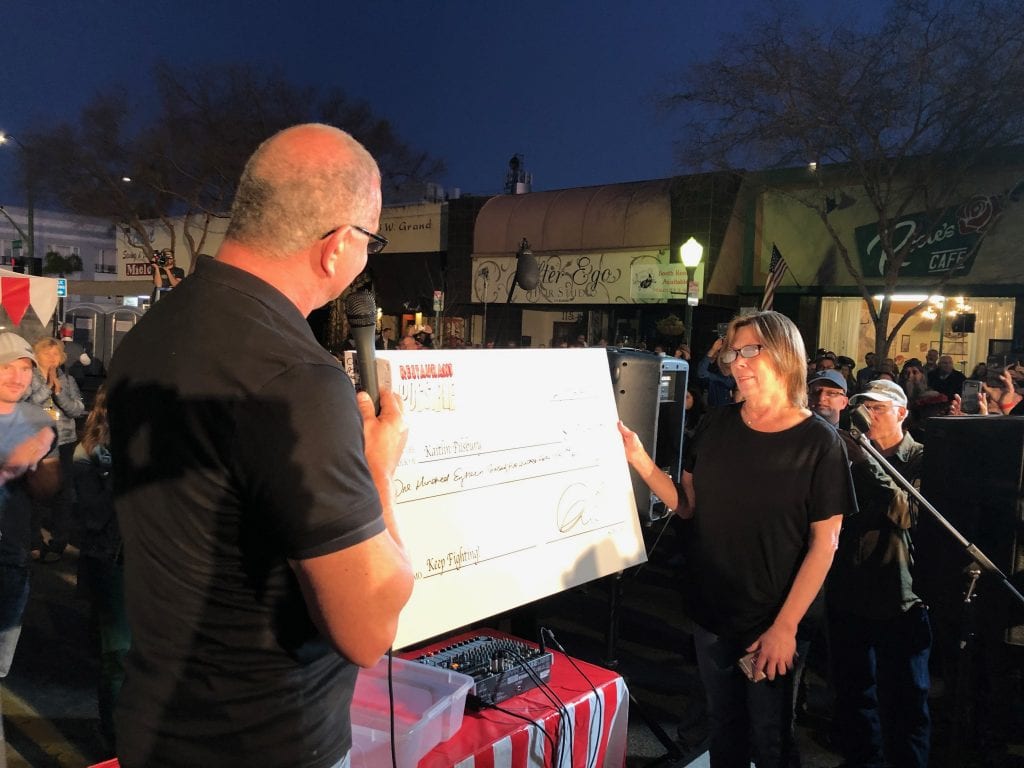 Chef Robert Irvine of the Food Network and the TV show Restaurant Impossible Monday night presented a check for $118,549 from a fundraiser that was held in the afternoon and evening along Grand Avenue abutting Rosie’s Cafe.

The block party Monday collected $48,549.  The television show Restaurant Impossible added $50,000 to the total. Then Chef Robert Irvine added $20,000 of his own money.

The fundraiser was held to benefit Kaitlyn Rose Pilsbury, who was badly injured in a motorcycle accident over the holidays when she was hit by a auto driver who then fled the scene. She is currently in rehabilitation and her family and friends are keeping her dream alive by running Rosie’s Cafe in her absence. Irvine visited her restaurant last year for an episode of his TV show, and has since become quite close with her, comparing her to a daughter. 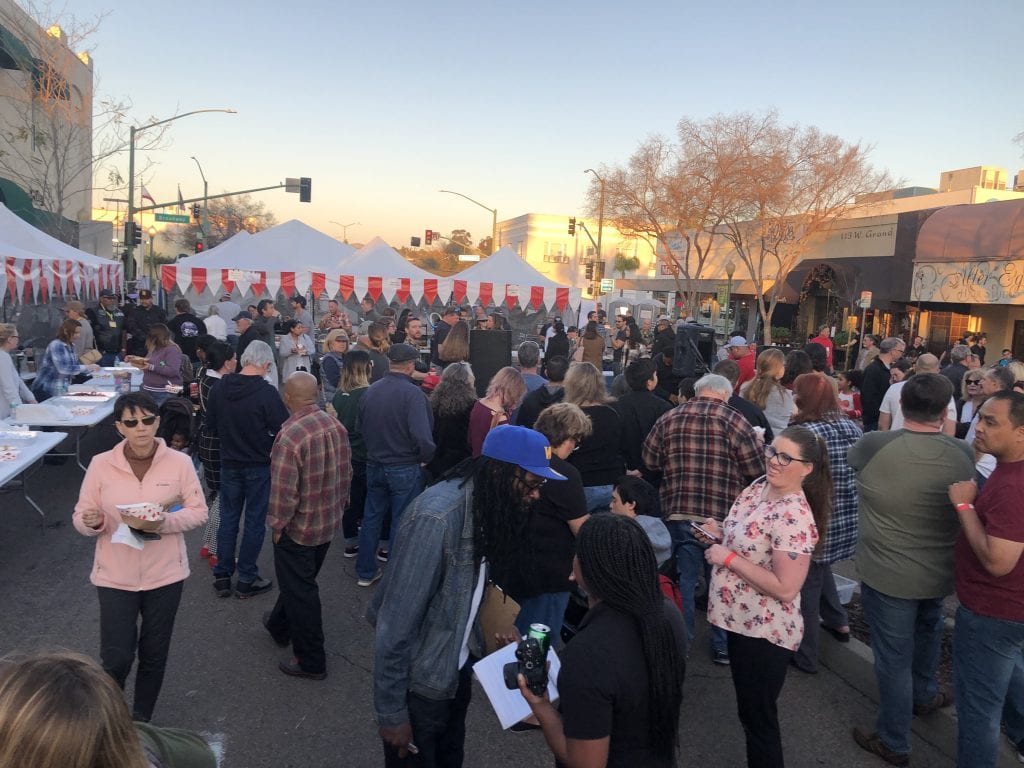