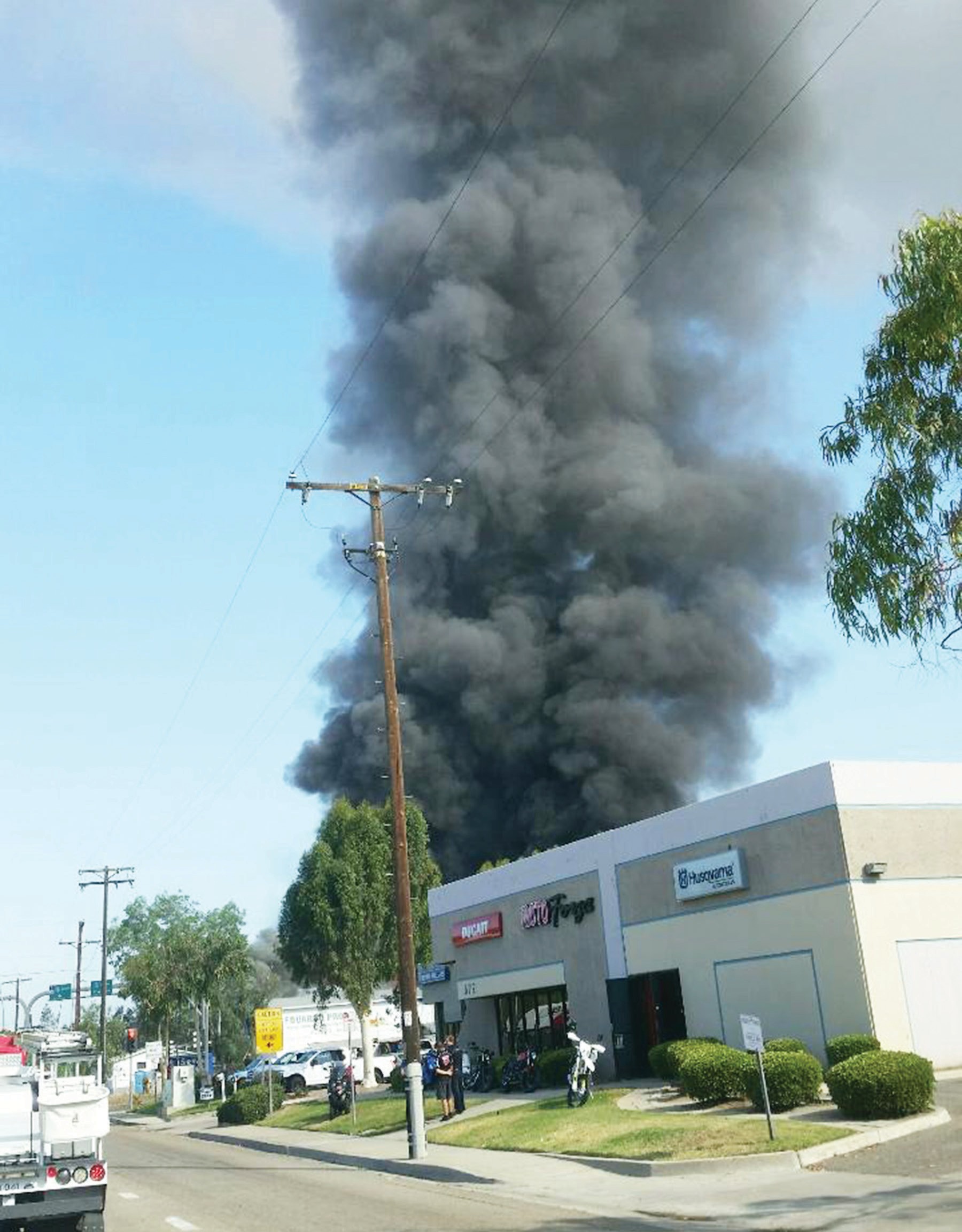 Flames seen shooting from the roof of Talones. Photo by Peggy Graff

Fire broke out Thursday morning, June 30, at the abandoned Talone’s Meat Market at 559 N. Hale Avenue in Escondido. The Escondido Fire De­partment was dispatched at 8:52 a.m. and found the fire had already broken through the roof.

Nearly 100 fire fighters tackled a four-alarm fire that tore through the building. The fire left the structure completely destroyed and uninhabit­able. All that is left of the structure 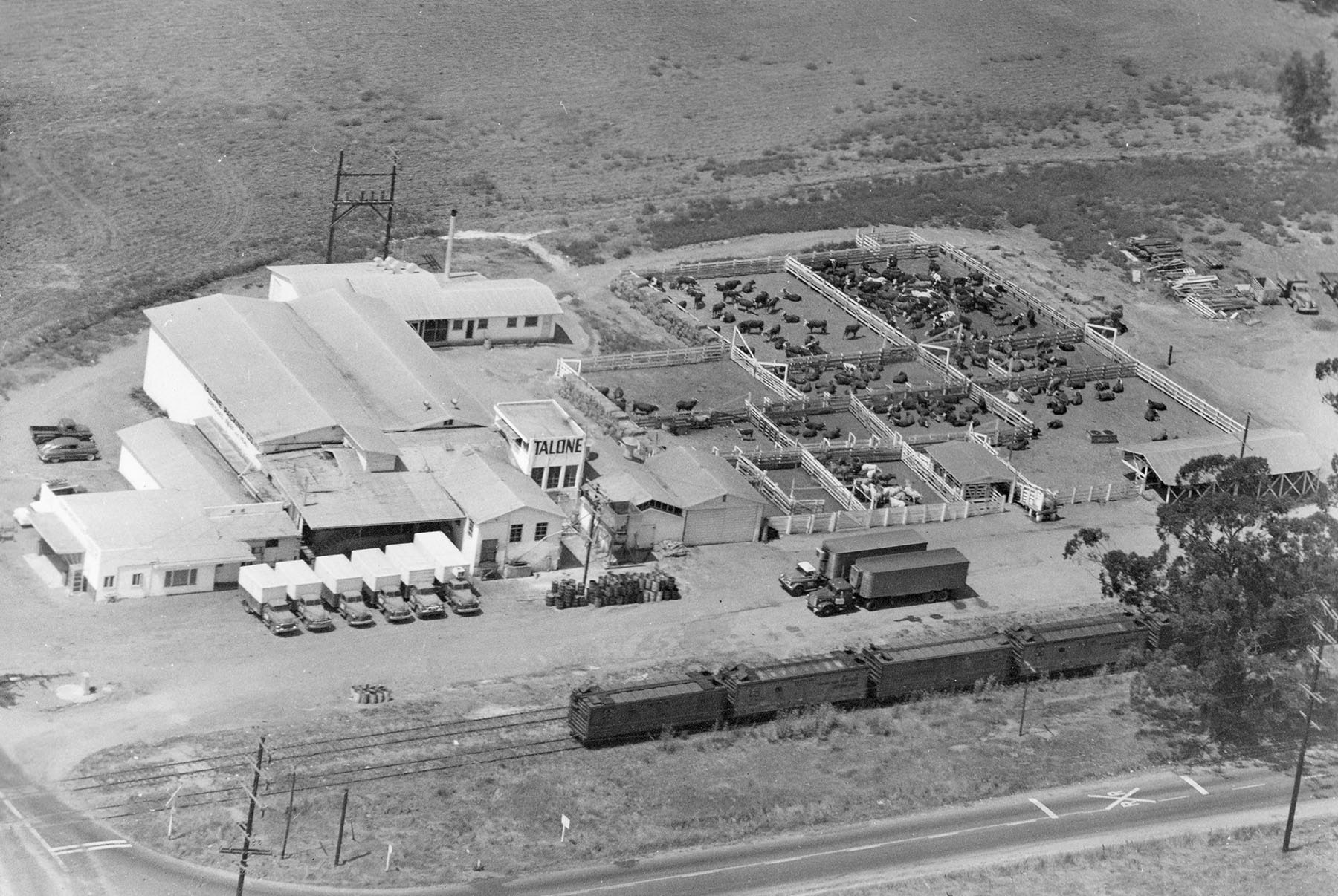 The Talone meat factory in 1950. Photo courtesy of the Escondido History Center.

is a pile of smoke-laden debris and ash. The building had been abandoned for several years.

There was some concern that va­grants who had been using the building as refuge might have not been able to exit the building, but witnesses reported that they had seen people evacuating the building and firefighters found no one at the scene.

Because of complaints of trespass­ing at the building the Escondido 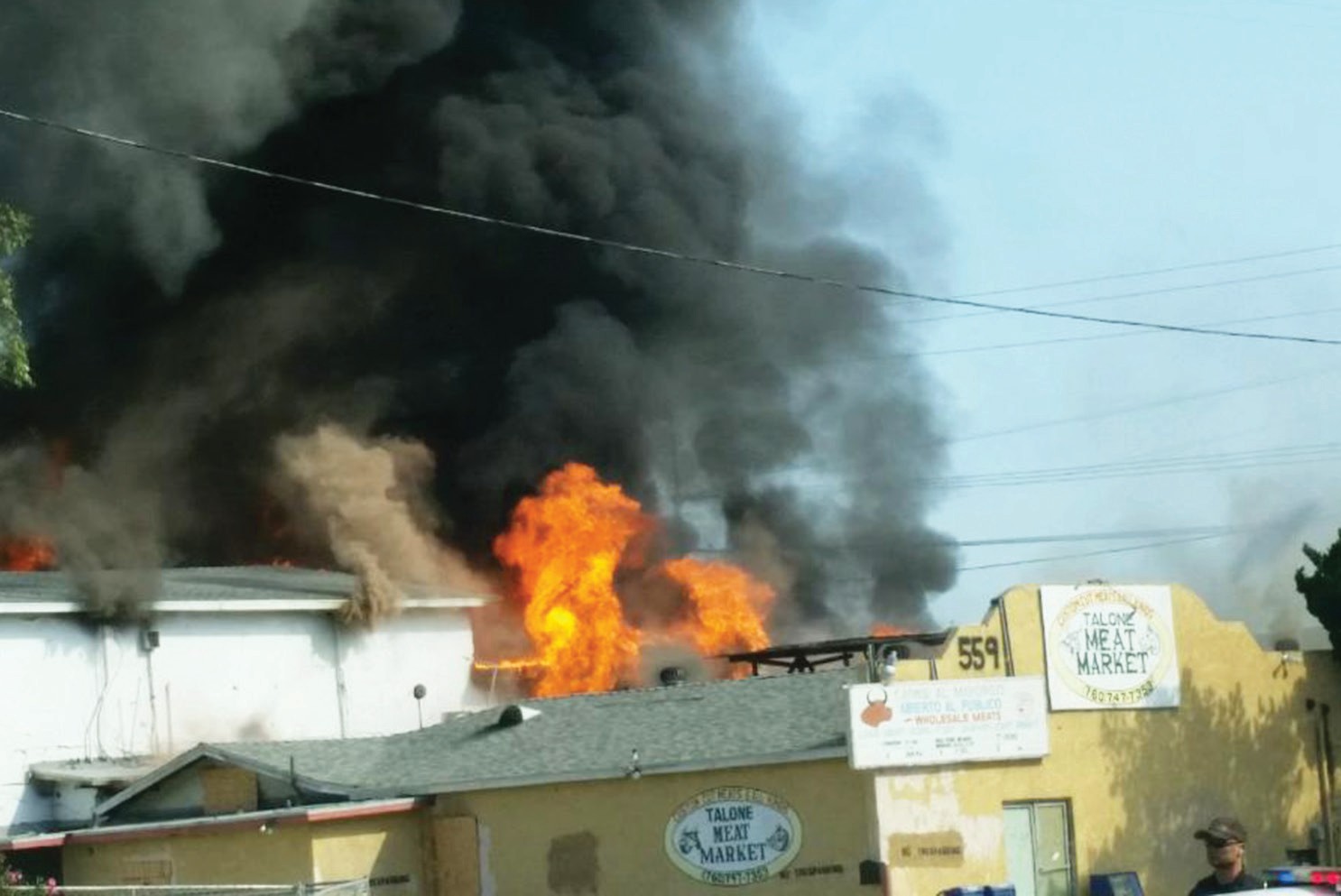 Po­lice Department had maintained extra patrols for the past few months.

The property had been slated for de­molition by the property management company that is in charge of it.

An emergency demolition permit was issued to the property owner and the work began on Tuesday, July 5.

Some nearby business owners Thursday found themselves unable to leave the scene for several hours. One such owner was Jennifer Lavine of Tri-City 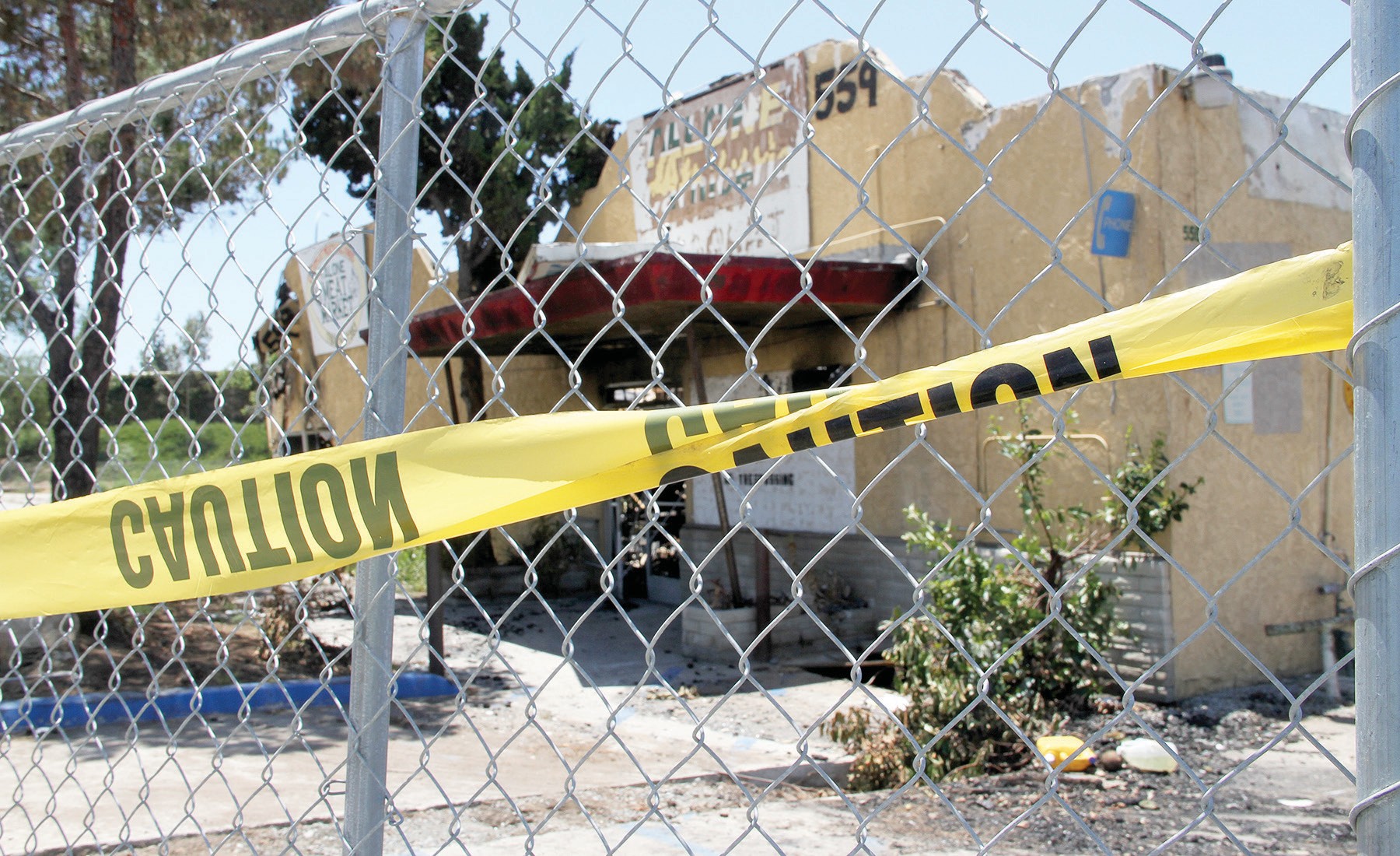 Nearly 100 fire fighters tackled a four-alarm fire that tore through the Talone Meat Market in 500 block of North Hale Avenue in Escondido on June 30. The fire left the structure completely destroyed and uninhabitable. All that is left of the structure is a pile of smoke-laden debris and ash that sits behind a large fence and yellow caution tape surrounding the property keeping both onlook­ers and transients away. The building was said to have been abandoned and no injuries have been reported. Photos by Carla Van Wagoner

Carpet, whose store was vir­tually across the street from the blaze. She reported that she couldn’t drive away and customers were unable to make it to the store until the fire was put out. She sent the Times-Advocate some timely photos of the blaze, as did Peggy Graff, member of the Senior Volunteers of the Escondido Fire De­partment.

The building had a long history in

town. Contrary to some reports, Arie DeJong, who is part owner of Hol­landia Dairy, never owned the meat rendering plant. Our columnist Ron Kenney, former editor of the original Times-Advocate recalls visiting the plant when it was in its heyday, when steers would be herded in and dis­patched by a sharpshooter with a rifle, followed by having their throats cut.

Despite that somewhat grim history, the plant is

recalled fondly by many local residents who remember going there as children with their parents when it was the premier place in town to buy meat. That was true even just a few years ago.