Founders of Our Faith: Kathryn Kuhlman 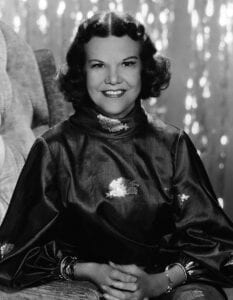 “He who has My commandments and keeps them, it is he who loves Me. And he who loves Me will be loved by My Father, and I will love him and manifest Myself to him.” (John 14:21, NKJV)

Kathryn Kuhlman was born May 9, 1907.  She had an encounter with the Lord at the age of 14 and knew right away the Lord had called her to ministry.  A few years later she began evangelizing locally, eventually establishing a church and then later, she traveled around the United States.  A mark of Kuhlman’s ministry was flowing in the gift of healing.

Her life, like so many other ministers, was marked by triumph and tragedy.  Sometimes our worst failures are of our own making.  It is remarkable that for someone who was so sensitive to the voice and presence of the Holy Spirit, Kuhlman also blatantly disobeyed Him at times.  Nevertheless, God never left her.  This should be a comfort to us all.  The Bible says, “the gifts and the calling of God are irrevocable.” (Romans 11:29, NKJV).

Many books and articles have been written about Kathryn Kuhlman, but I want to relate instead, a story told by one of my Bible college professors of a personal encounter she had with the famed evangelist.

Pastor Jean Darnall and her husband Elmer led a church in Pennsylvania, in the 1940’s.  Several of their congregants were getting together to attend one of Kuhlman’s meetings.  Having never heard of Kuhlman, Darnall decided to tag along.  All ordained ministers were typically seated on the platform behind the speaker in those days, so as the meeting began, and Kuhlman took to the pulpit, Darnall had a first-hand view of all that took place.

Spontaneously, and quite suddenly, enormously powerful miracles were happening all over the large convention center.  A woman with a large mass on her neck on the front row was instantly healed – the mass simply disappeared.  People were leaving wheelchairs behind and walking for the first time in years.

But something troubled Darnall about all this.  Not once did Kuhlman open a Bible, or talk about the blood of Jesus, or other things one might expect.  So, she simply prayed about it and returned home when the meeting concluded.

Some months later, Kuhlman held another local meeting and Darnall decided to give it another try.  This time, as Kuhlman approached the pulpit, she said, “Today, I feel I should take some time to teach you about the blood of Jesus, that healing is a part of the atonement, through the finished work of Jesus Christ.”  This pleased Darnall, but when Kuhlman concluded, she said to the congregation, “This is the work of the ministry” and with that she whirled around, pointed right at Darnall, with her long, bony finger, and said, “And you had better get to it!”  It was so obvious Darnall was the one she was pointing at that all the other ministers looked right at her.

Kathryn Kuhlman was said to have had a very personal and deep relationship with the Holy Spirit, something that is available to us all.

3 responses to “Founders of Our Faith: Kathryn Kuhlman”