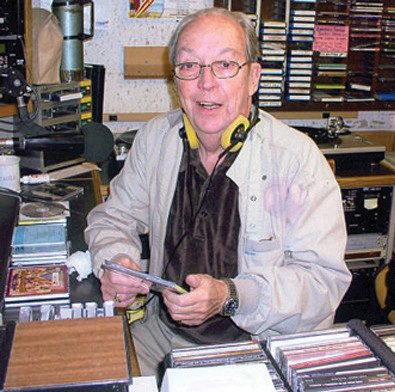 Services will be held Saturday for, former Escondido mayor and council­member Doug Best, who died Thurs­day, August 18 in Escondido. He was 90. In his later years Best was known locally for his life in radio, where he was the host of the popular “Doug Best Swings,” which played music from the 1930s and 40s, first on the old Escondido-based KOW radio and later on Palomar College’s radio sta­tion. However, his radio career in San Diego began in 1950.

Best served on the city council from March 9, 1976 until June 29, 1988. A memorial service is planned for Saturday, 10 a.m. at Grace Lutheran Church, Escondido, where he taught Sunday School for many years.

He was well known for his local radio program called “Doug Best Swings” on the old KOW ra­dio station in Escondido and later on the Palomar College radio sta­tion KKSM. It was great source for swing music.

Ron Kenney, who edited several area newspapers locally, including the Daily Times-Advocate, comment­ed: “I got to know Doug very well. My wife and I and his wife used to get together and play cards. We got to be friends. After I left the TA, I helped Doug on one of his campaigns for re­election. I always admired him and used to reminisce with him about his radio show. I thought he was a very nice, likeable guy. When I worked on the Reporter, Doug was one of our ad reps for awhile.”

Former Escondido Mayor Ernie Cowan told the Times-Advocate, “I knew him well and am deeply sad­dened by his death. Doug was a true gentleman who took his job as councilman very seriously. He was focused on people and cared deeply about friendships. His passion for big band music was the only thing in his life more important than serving on the city council. Doug had a keen sense of humor and enjoyed a good laugh, even at his expense. He served as a crew-member on B-25 bombers in WW II, if I recall, and I always laughed when he said he never trust­ed airplanes, so he never put all of his weight on the seat. God speed my friend.”

Cowan recalled that on one of Best’s early campaigns that he re­leased a bunch of helium balloons. Several months later he opened an envelope to find that a Canadian dairy farmer had sent one of his balloons back to him.

Mr. Best served in the Royal Cana­dian Air Force during World War II England. He immigrated to San Di­ego in 1946. He worked in the title insurance business but his passion was radio. He started in radio in the 1950’s with a late night show “Best on Wax” at KFMB.

Over the years he produced and hosted “Doug Best Swings” from several North County stations. He served on the Escondido City Council from March 1976 to June 1988. From March 1978 to April 1980 he proudly served as mayor.

In an article done six years ago for the North County Times, Randy Dot­inga quoted Best, who was still doing a show on KKSM, “I’ve been able to hang in there. We do make a little bit of money, not a lot. And it’s fun to do. It may sound corny, but we like to fig­ure we reach out and touch a lot of people each week.”

Known locally as “Ol’ Lovable Doug Best,” played Benny Good­man, Glenn Miller, Louis Armstrong and Ella Fitzgerald, which he re­membered from his life in Canada, when he saw Goodman play in per­formances in Edmonton, Alberta and San Diego.

He told Dotinga, “When I got into the United States in 1946, the big bands were still coming into San Di­ego. There were three ballrooms at that time: Trianon, up at 12th and Broadway, where most of the black bands played; the Pacific Square on Highway 101; and the Mission Beach.

Lyle Davis, publisher of The Pa­per, recalled, “Doug and I were friends for 46 years; he worked for me from 1970-1977 when they aired ‘Doug Best Swings’ on KOWN. He, at that time, was much more conser­vative than I. Over the years, I’ve come much closer to his conserva­tive views. (One only has to go into business to become aggressively con­servative). In his latter years he con­tinued his radio show on the Palomar College radio station until just about two years ago.”

Davis added, “He was a good pal . . .knew music backward and forward, particularly from the Big Band era. He was widely respected by every­one I know in the broadcast biz.”