Ashley Speeg is holding her 2nd place Super Stock World Rally Championship trophy and is standing with her winning “signature” car. All the signatures were collected from racing extensively throughout the U.S. Photos were taken about 10 years ago.

The late Bill Speeg, an Escondido businessman, longtime volunteer in Oceanside, state and national Soap Box Derby activities, will be inducted into the Soap Box Derby Hall of Fame during the post-race awards ceremony for the FirstEnergy All-American Soap Box Derby in Akron, Ohio, on the evening of Saturday, July 16.

Speeg was 46 when he died in February 2014. He lived in Valley Center and was a vice president of Freeberg Industrial Fabricating in Escondido. 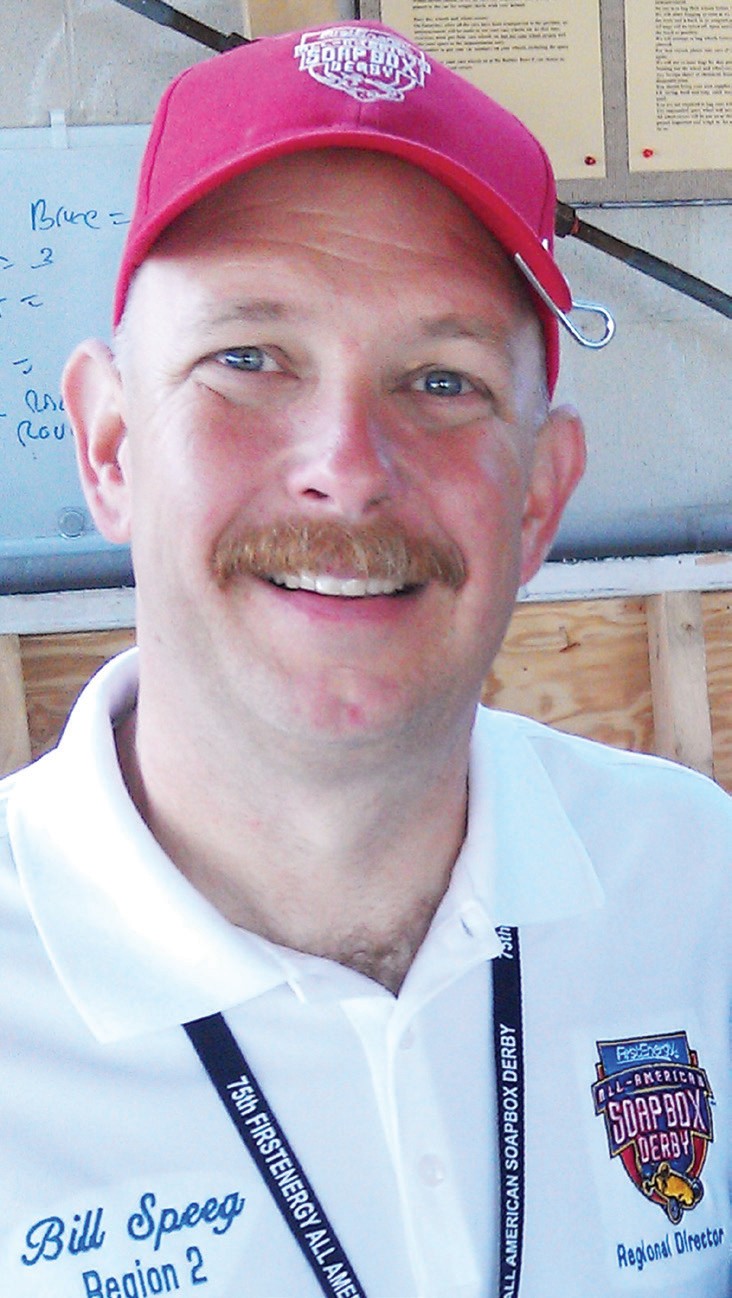 The late Bill Speeg was an Escondido businessman.

of boys and girls who compete in Soap Box Derby activities around the world.”

Speeg’s involvement with the Soap Box Derby began in 1999, when his daughter Ashley began to compete in the youth racing program. Speeg quickly became involved in the local Oceanside Soap Box Derby organization and the statewide California Family Soap Box Derby Association, serving as a board member and in other official capacities.

The Speeg family traveled to races throughout the United States where he offered technical support, financial assistance and mentoring to many young racers. He had served as a Regional Director for the FirstEnergy All-American Soap Box Derby for nearly 10 years at the time of his death.

Other 2016 inductees are Charles Jones, Jr., of Akron, president of FirstEnergy Corp, title sponsor of the 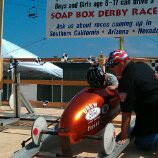 All- American Soap Box Derby, and John Esque, also of Akron, who has served as a racecar inspector and member of the organization’s National Control Board since 1981.

Mazur said the 2016 Class will bring the number of inductees to 68 since the Hall of Fame was established in 1997.

The Soap Box Derby is an international nonprofit organization whose mission is to build knowledge and character, and to create meaningful experiences through collaboration and fair and honest competition. The Derby’s two youth initiatives are the FirstEnergy All-American Soap Box Derby racing program and the STEM-based Education Program, which provides educational opportunities for K-12 youth worldwide through Soap Box Derby racing. The Derby dates back to 1934, when the first All-American race was held in Dayton, Ohio.