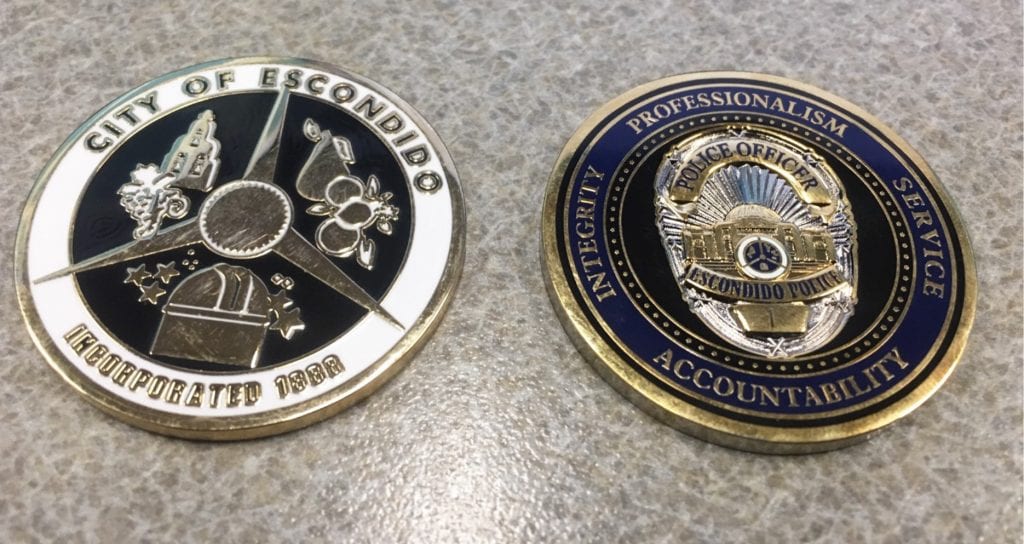 Fifty years after she was hired as the first female police officer in the history of the Escondido Police Department, Joan Bittenbender will receive 5-year service coins from the city and police department.

Hired on November 3, 1969, the 33-year-old Bittenbender was brought on to the police force to assist in investigating crimes involving women and girls identified as victims or suspects. She attended the San Diego Police Training academy with two other recruits. Two years later, she attended advanced officer training. While at the police department, she met and married Officer Leroy Fantasia.

After five years of service, the couple moved to Washington, where Fantasia continued working as a police officer in the city of Deerpark. Bittenbender, worked as a grocery clerk for a time before buying and running a family-style restaurant.

Recently, the Escondido Police Department instituted a program to reward employees with a commemorative coin for each five years of service. All other city employees receive a similar coin every five years. Both coins will be sent to Bittenbender at her home in Washington.

The coins are modeled after military “challenge” coins that are often passed out by commanding officers and high-ranking officials to their subordinates as a token of appreciation for good work.

“To be able to award a five-year coin to Ms. Bittenbender on the 50-year anniversary of her hiring is an honor,” said Police Chief Craig Carter. “This department has always prided itself on treating its employees like family. We wanted to show that same appreciation to the woman who broke the gender barrier for law enforcement in Escondido.” 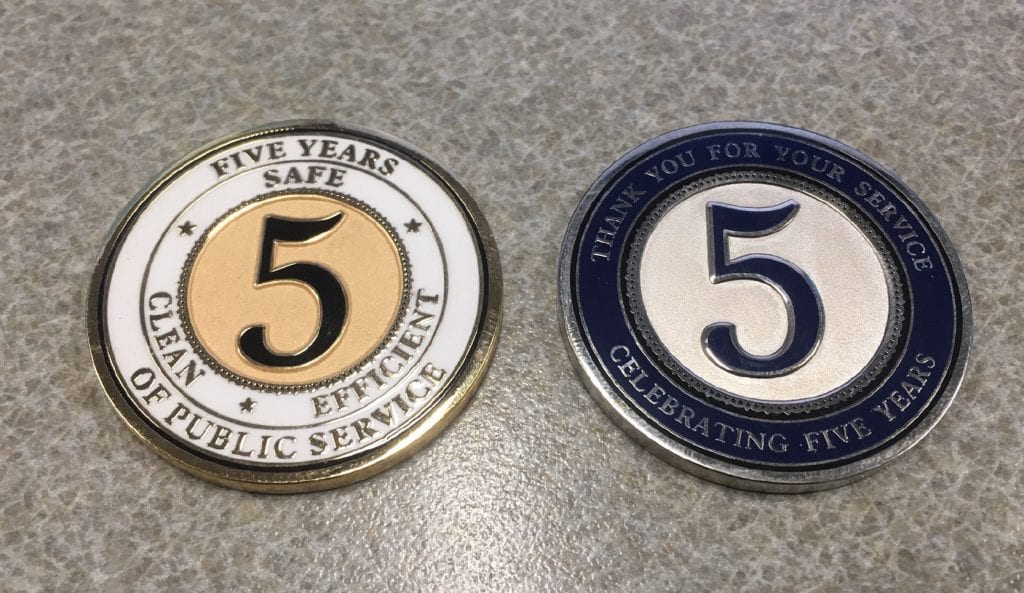