Firefighters honored for saving one of their own 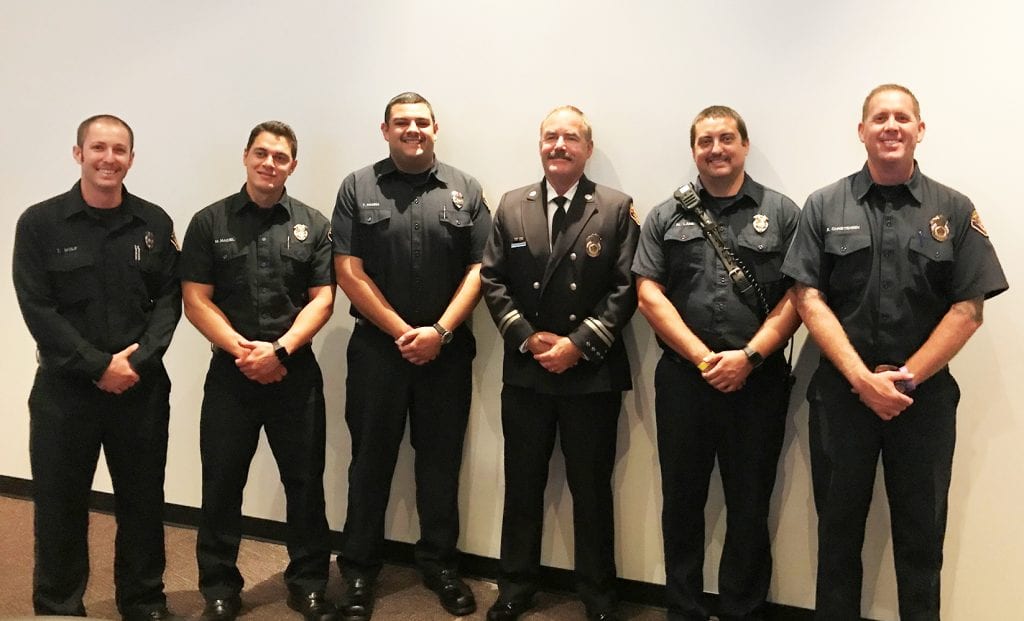 Captain Barratt and the men who helped save him on May 7.

The luncheon is held annually to honor the dedicated officers, first responders, and public safety leaders who have gone above and beyond in their duties. Escondido Fire Department Engineer Christensen, Firefighters Leitch, Roberts, Lane and Paramedic Hanna were honored at the luncheon for their quick response on May 7, 2018.

Paramedic Hanna found Escondido Captain Barratt on the floor of his office with obvious signs and symptoms of a stroke. Paramedic Hanna alerted the crewmembers and the team quickly began to treat Captain Barratt and transport him to Palomar Hospital under a Stroke Code Protocol. He was quickly taken into surgery where an 8 mm clot was removed and therapy was started. Had it not been for the quick recognition and treatment of the crew, Captain Barratt’s condition may have been much worse.