Fire on Palomar Mountain expected to be contained soon 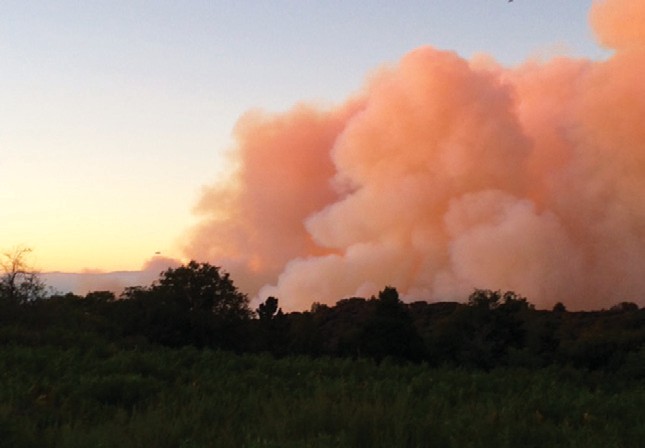 George Lucia took this photo near dusk on Friday, shortly after the Cutca Fire started.

A fire, dubbed the Cutca Fire, that started Friday afternoon on the north side of Palomar Mountain was expected to be contained by Wednesday July 29 at press time.

This incident was managed by U.S. Forestry, rather than Cal Fire because all of the blaze was confined to the Cleveland National Forest. More than 400 firefighters were assigned to the blaze.

By Monday afternoon the fire had burned 167 acres (this was originally estimated at 200 acres, but was downgraded) and was 50% contained. No structures were threatened and no evacuations took place. Campgrounds, trails and other facilities remained open.

The fire was first reported at 4 p.m. on Friday in an area with no ground access and steep, rugged terrain. The cause of the fire is still under investigation. 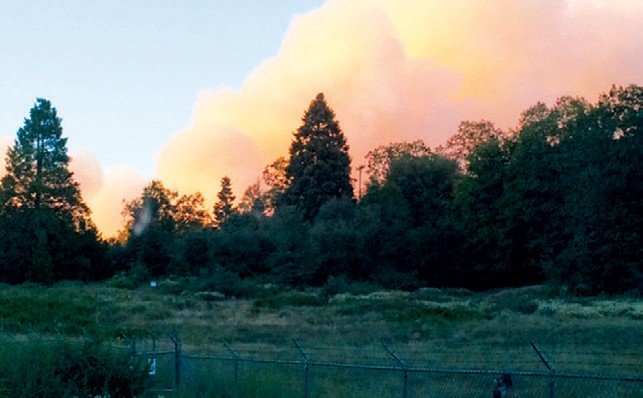 Fire crews continued to be brought into the fire line by helicopter.

According to the U.S. Forest Service, “Several Hot Shot Crews stayed out last night (Sunday) using a spike out tactic. Spiking out allows firefighters to remain on the fire line for multiple days to allow for more production with less travel time, freeing up aircraft and other assets to focus on fire suppression.”

Four injuries among firefighters have been reported.

On Sunday about 60 residents of the tiny community of Palomar Mountain met with fire officials to discuss the Cutca fire, the drought, prescribed fire fuels Treatments.

It is a sign of the times that the Federal Aviation Administration now has to issue Temporary Flight Restrictions over the fire to prevent drones and other unauthorized aircraft from threatening firefighting aircraft.