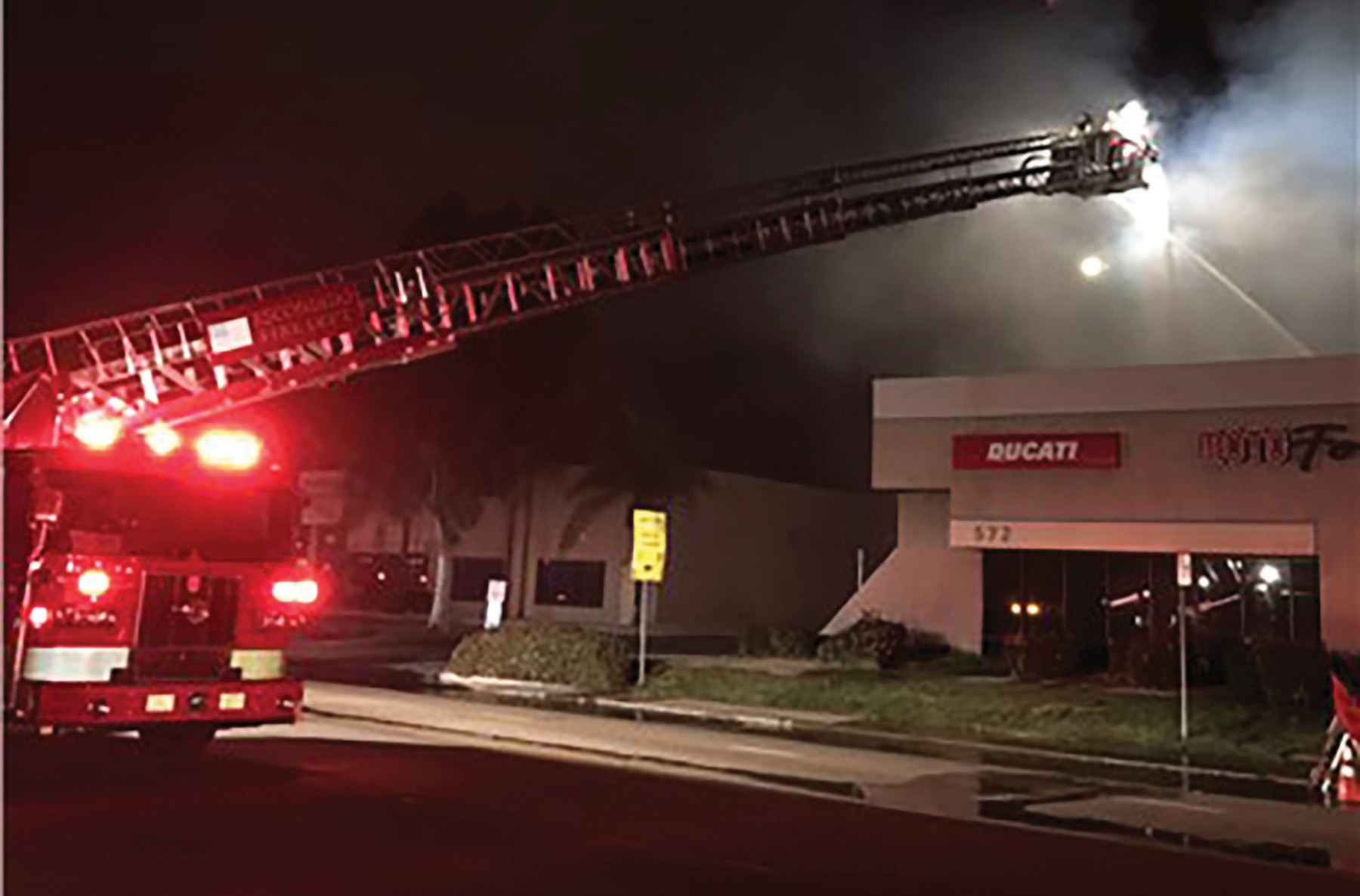 A hook and ladder truck directs a stream of water onto the room of the Ducati Motorcycle Center Saturday night. Photo courtesy of Escondido Fire Dept.

The Ducati motorcycle service and sales center on Tulip Street was destroyed Saturday night shortly before midnight. About 125 motorcycles were completely destroyed in the blaze.

On Saturday about 11:30 p.m., Escondido Fire Department units were dispatched to a reported commercial building on fire. Shortly after the dispatch as units were leaving Escondido Fire Station 1, there was heavy smoke already showing in the reported area of the fire.

Battalion 1305 arrived on scene and reported a well involved medium size commercial building with fire already through the roof to the rear. The address was reported as 570 North Hale Ave. The location was the Ducati motorcycle service and sales center.

Shortly after arriving on scene, Battalion 1305 requested a second alarm in addition to the units already en route. The fire was declared a defensive fire from the start and no firefighters would be entering the building. 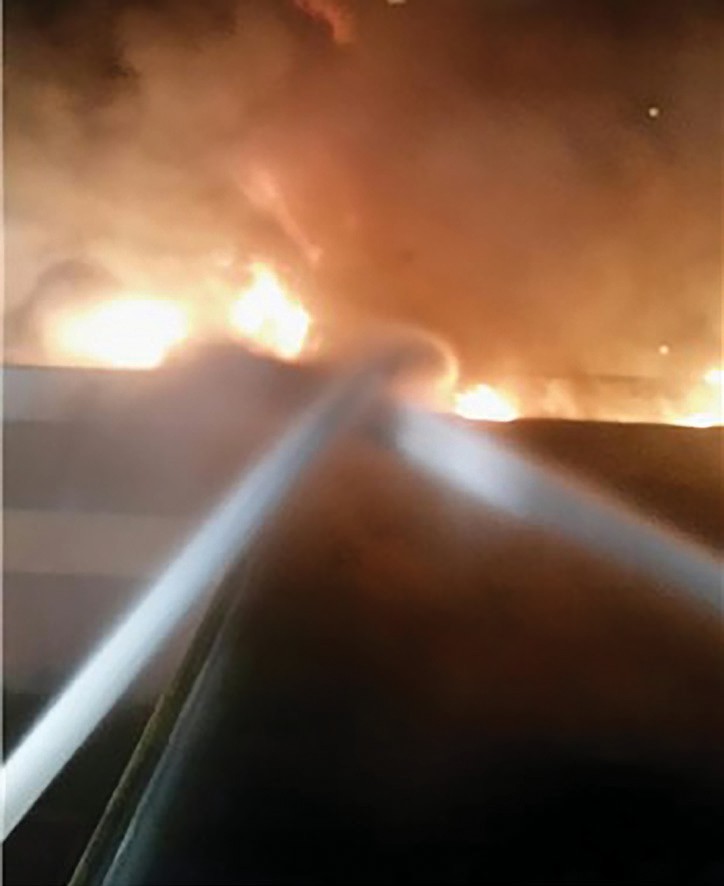 A view from the ladder onto the roof of the burning building.

The owner indicated the value of the contents in the building to be in the area of more than $2 million not including the building which appears to be a total loss at a value potentially over $1 million.

Due to the instability of the structure after the fire, arson investigators were unable to begin to try and determine cause and origin. The building required shoring to be in place before the investigation could begin. At this time, the investigation will be preceding once the building has been made safe.

No firefighters or civilians were injured during the fire fight.