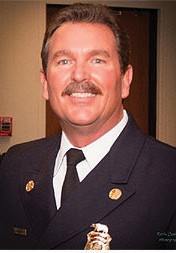 Chief Napier and his wife, Martie, have been residents of Valley Center for more than 20 years and raised both their children, Meghan Napier Fletcher and Jeremy Napier in Valley Center.

Napier began his fire service career in Vista, rising through the ranks to be­come a Battalion Chief with the Vista Fire Department. When approached for the VCFPD Fire Chief opportunity, he competed against 30 candidates from across the United States.

Organizers of the Citizen of the Year event said he rose to the top because of his intimate understanding of the com­munity and tireless efforts in devotion to his self-described “dream job.” Chief Napier enjoys working around his home, diving, fishing, but most importantly, spending time with his family.

The 2015 Female Citizen of the Year was Julie Picot. Julie is the Valley 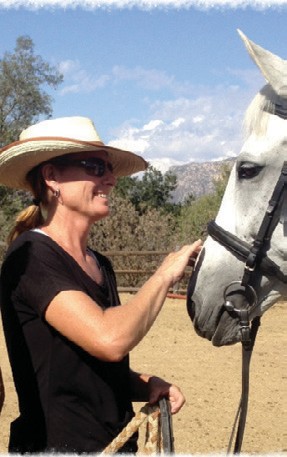 Center Vaquero’s vice president and Young Rider leader. She plans over half the Vaqueros’ events throughout the year.

She works hard to provide a fun and safe environment for equestrians of all ages, freely sharing her passion and ex­pertise, according to the chamber.

She has also become the Rodeo Queen Chairperson, teaching girls that winning isn’t what it is all about… it’s the lifelong friendships and skills gained during the process that matters. Julie also serves on the board for the Friends of Hell Hole Canyon.

The local horse trainer grew up in Lakeside. She and her husband, John, moved to Valley Center and are raising their two children, Samantha and Johnny.

The Chamber of Commerce will honor two great Valley Center citizens on Saturday, Jan. 23 at its Installation and Awards Fiesta at Harrah’s South­ern California Resort. RSVP to the Chamber office by Jan. 14. Tickets are $50 for chamber members and $60 for nonmembers.