Fire Chief gone after less than a year on the job 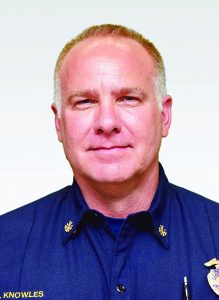 After a week on administrative leave Fire Chief Russ Knowles has reportedly been let go by the City of Escondido.

Knowles was named fire chief last year and took over June 5, 2016. He succeeded Chief Mike Lowry, who was chief for 34 years. Knowles is a 25-year veteran of the force.  It is unknown at this time why the chief was fired.

We asked the interim city manager for a comment, but at press time had not gotten one. This is not unusual since city governments typically do not comment about personnel matters.  However, if we do get a comment we’ll share it with our readers next week.