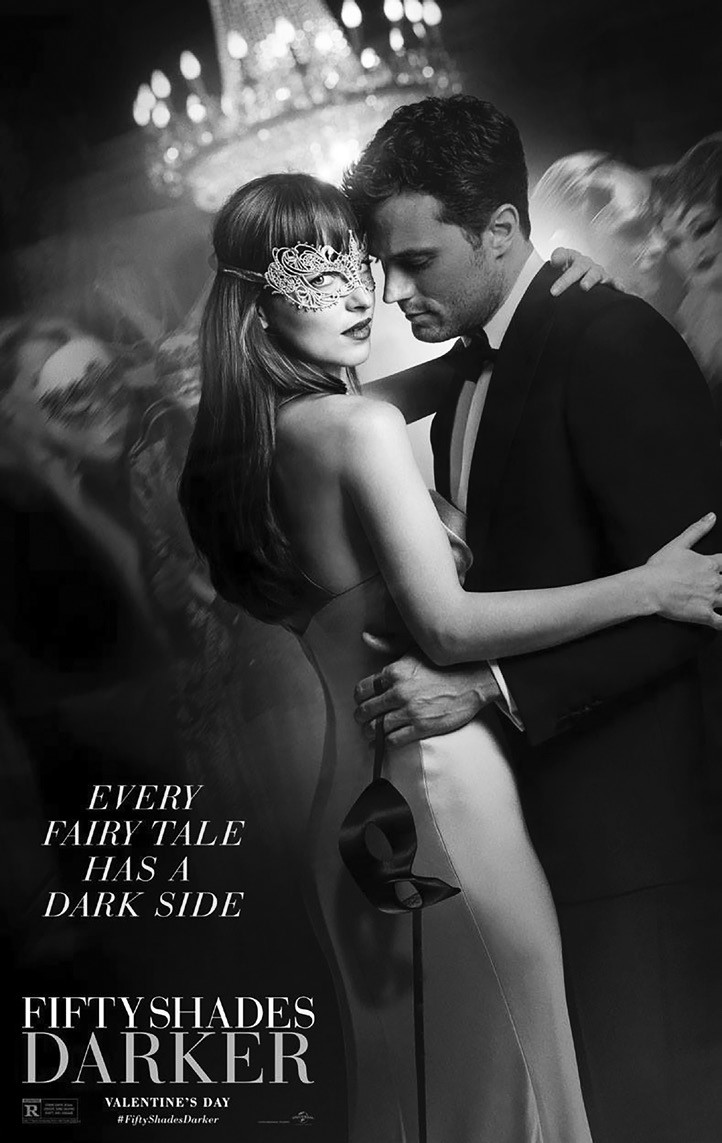 The “Fifty Shades” franchise is commercially successful but critically despised. I’ve heard all manner of nasty things said about the books, and 2015’s “Fifty Shades of Grey” tied for Worst Picture at the Razzies. “Fifty Shades Darker” is no redeemer, I assure you. If I didn’t know any better, I’d say the series likes the abuse it takes from people with good taste.

OK, that’s not fair. The franchise isn’t about people who like abuse. It’s about a woman who infatuates a man who likes to be abusive. And not even really abusive, just role-play abusive and otherwise merely controlling. Actually, she’s the one who gets to decide when he gets to play abusive, and she does so as a rare treat, so in a way, she’s in control.

Anastasia Steele (Dakota Johnson) broke up with dominating billionaire Christian Grey (Jamie Dornan) at the end of the first movie because of her disgust over his proclivities. She has since gotten a job with a book publisher (Eric Johnson, thankfully no relation to Dakota because that would be too gross even for this series) who clearly has eyes for her and is a harassment lawsuit waiting to happen.

She goes to an art show for her friend Jose (Victor Rasuk), who we know from the first movie wants to be more than friends, and sees that all the pieces are of her. There she sees Christian for the first time since their breakup. He’s there because he’s been stalking her. We’re about ten minutes into this movie and the main character has three guys tripping over each other to be with her because they’re obsessed with her. Anastasia is plenty attractive and sweet, but I find it hard to believe that she has three guys revolving their lives around her like this.

Anastasia agrees to go on a dinner date with Christian, and agrees to resume their relationship under the condition that she doesn’t have to agree to any rules or punishments this time. Christian agrees, though to him, taking away the rules and punishments is probably a rule and a punishment. Anastasia and Christian begin dating again, and their relationship is filled with “hardcore” sex scenes that are laughably soft-core because of the limits of the R rating. There are also twists along the way, such as a former submissive of Christian’s who wants to know what Anastasia has done to deserve a “no punishments” relationship, and Christian’s former dominant (Kim Basinger) who wants to break up the couple because she thinks Anastasia just wants Christian for his money.

I don’t blame her, because Christian is so devoid of charisma, charm, and consideration that money is about the only thing he has going for him. Then there’s a bit toward the end where Christian goes missing after a plane crash to force some suspense into this movie, but all it does to draw attention to how badly it needed some sort of danger.

By now, everybody knows the kind of trashy movie they’re getting with “Fifty Shades Darker.” Not trashy because of its sexual content (don’t get me wrong, this movie is a hard R), but trashy because its characters and conflicts are so poorly written and the movie thinks it’s so much more erotic than it is. The only enjoyment you’re likely to get out of it is that it’s fun to giggle and heckle (I couldn’t help but shout out that a certain political leader would approve of a scene of inappropriate grabbing in an elevator). But this movie is awful on every legitimate level. We’re sure to get many more bad movies in 2017, but “Fifty Shades Darker” is an early frontrunner for next year’s Razzies.