Federal medical station at PMC ready to be occupied 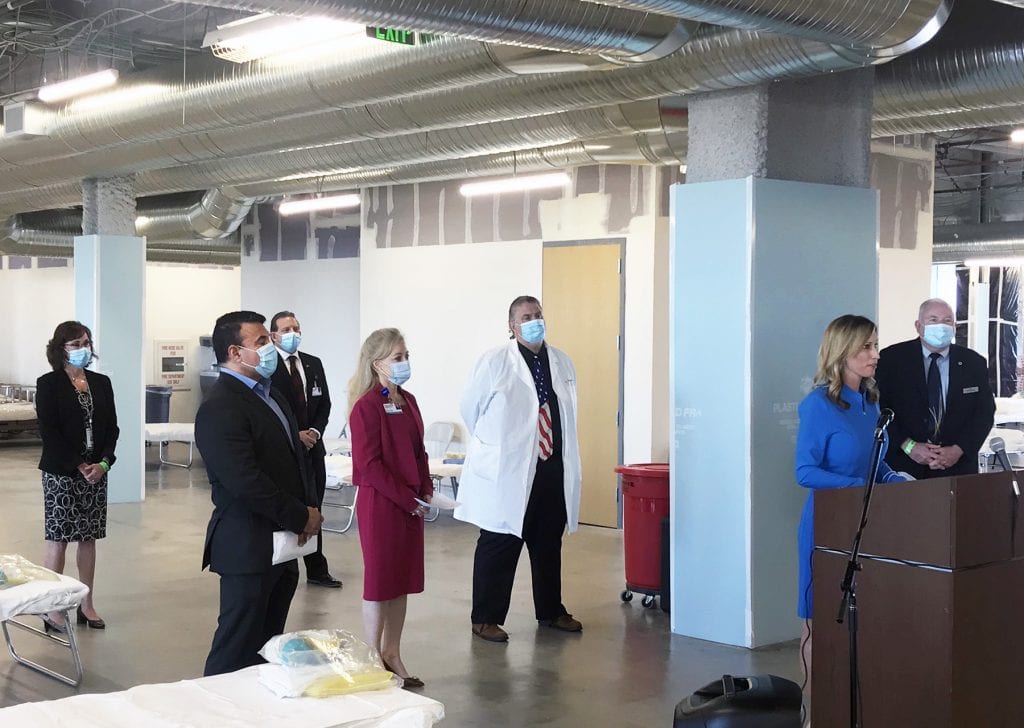 Though the FMS has many attributes, it is not a standalone system. All FMS require an identified building and site support from the state, local, tribal, and territorial (SLTT) jurisdiction. At a minimum, an FMS assessment team must be able to validate uninterrupted power, potable water, food services, heat and air conditioning, and local wrap around service support to establish initial operating capabilities.

FMS sets and pharmacy caches are strategically located throughout the continental United States to facilitate rapid deployment. San Diego’s FMS was assembled from supplies in Fresno and Los Angeles County. There is a Strike Team whose primary mission is to provide technical assistance to assigned volunteers and clinical staff in the setup of one or multiple FMSs.  Each FMS is usually augmented by an Assistant Secretary for Preparedness and Response (ASPR) pharmacy cache which is delivered on a separate truck.  The current configuration of the Pharmacy cache contains over 400 medications to include controlled substances.

The General Use Bed (GUB) has a 400-pound weight capacity. It is a flat basic cot with no distinct features. The GUBs are packed eight to a tri-wall.  The two packages located on each bed are called a bed pack and hygiene kit. Bed packs contain helpful items like a patient belongings bag, blankets, pillow, sheets, chart holder, towel and wash cloth. The hygiene kits contain useful toiletry items. Enhanced care treatment beds, also known as the Westcot, have a 400 Ib. weight capacity and include an adjustable back and foot section and an IV pole which can be attached to either side of the head portion of the bed. The Hospital Adjustable Exam Bed is called Military Field Hospital bed. They are used for triage. These hospital adjustable exam beds within two tri-walls in a FMS. The bariatric bed has a 600 lbs. weight capacity and the head and leg sections and overall height of bed can be adjusted electrically or manually.

Additional Supplies that come with the medical station include:

The federal government made assets available to loan to the state. The state then took requests from local governments. Army Corps then performed a site survey to determine whether the request met the federal criteria.   The state processed the local applications and approves loans based on the Army Corps analysis and the hospital was approved April 3.  Trucks transporting the hospital arrived on April 17 and the hospital was installed on two floors of Palomar Medical Center Escondido on April 22. The hospital is operational-ready, but will be activated only if needed. At this time, the response of San Diego residents to stay home, physical distancing and other orders and requests is bending the curve and has prevented the type of surge seen elsewhere. 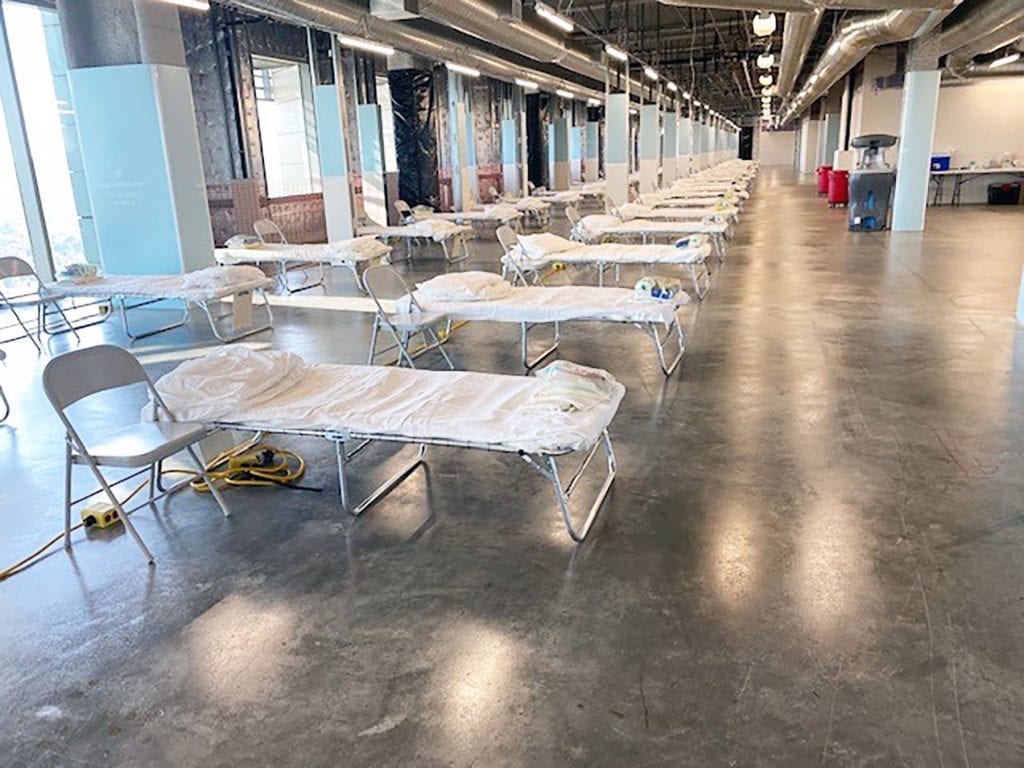 Beds of the federal medical station that has been set up on two unused floors of Palomar Medical Center.