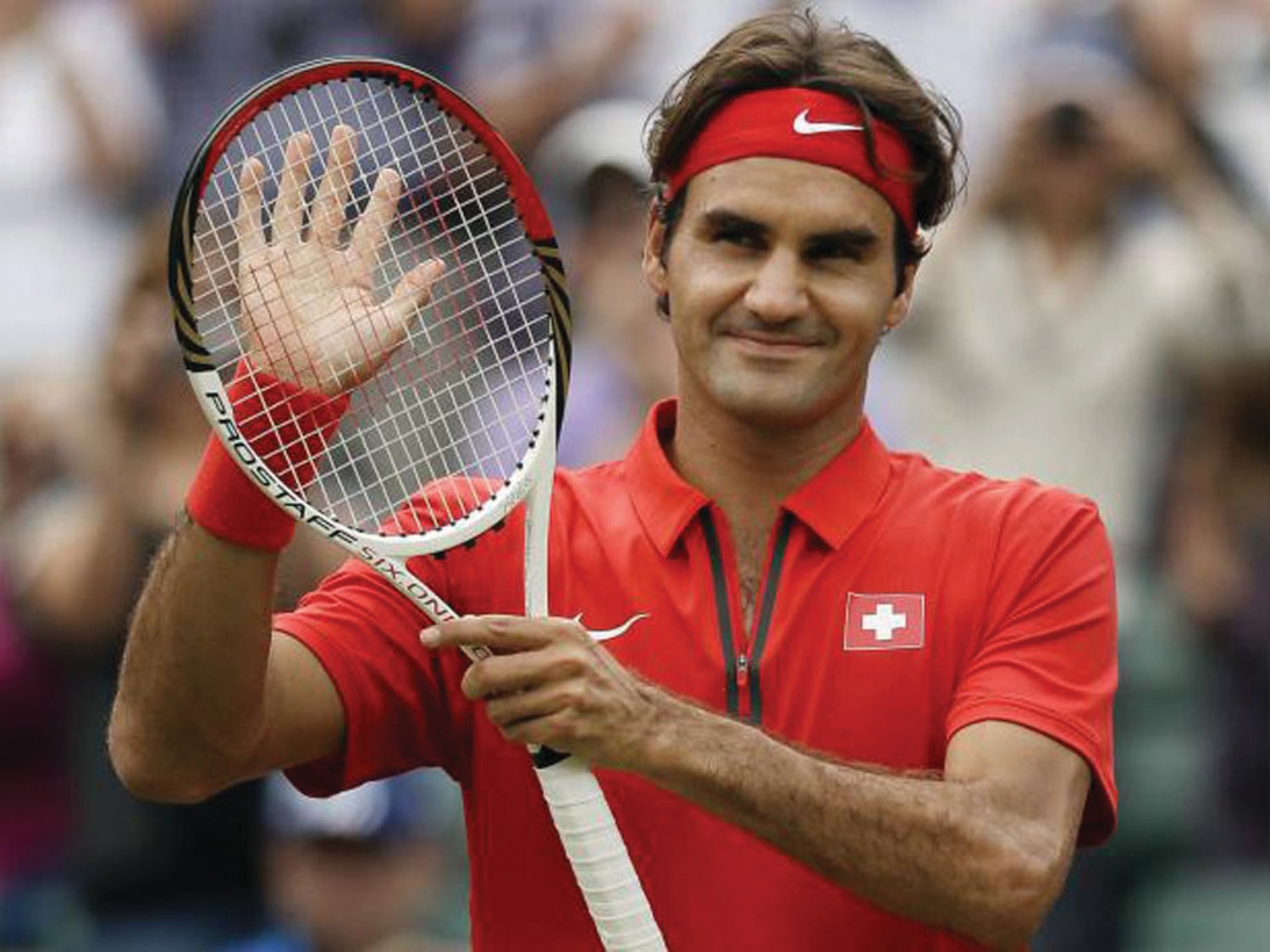 With both age and time hanging over him like a hovering fog, no one has to tell the incomparable Roger Federer that his best days are clearly behind him. In fact, they are so far in the past, they aren’t even in the rearview mirror anymore. The dominance and consistent magnificence that were once calling cards of his game are gone forever, never again to be recaptured.

With his past glories, Federer set such a high standard for himself that it was impossible to maintain such excellence forever. No human being could continue on at such an astounding pace. Like Tiger Woods, Federer produced such staggering results that he wasn’t so much measured against his competition but rather he was weighed against himself. Within that context, he inevitably had to experience decline and diminishing returns, with no pun intended.

But that being said, Roger remains a force to be reckoned with in men’s tennis. Ranked No.3 in the world, Fed is still capable of taking anyone out if he’s honed in and anywhere near his best. But 2016 has been a challenge for the Swiss maestro unlike any other year. Hampered by a left knee that required surgery as well as back problems, Federer has gone winless and seems more physically vulnerable than ever before. A superbly conditioned body that once appeared bulletproof is now showing signs of wear and tear and attrition. Father Time appears to be tapping on Federer’s shoulder, and not all that gently.

Though still dangerous and a bona fide threat, Roger is now more challenged than ever to negotiate his way through the requisite number of rounds needed to collect a title. This is particularly true in the Grand Slam events, where one must win a hefty total of seven matches in order to hoist a trophy. Frankly, at this point in time, that seems like a mighty hurdle that Federer probably won’t ever clear again.

That’s why his narrow loss to Canadian Milos Raonic in the semifinals of the just completed Wimbledon Championship felt like a shot to the midsection and left Federer emotionally crushed. Unless he’s delusional— and the astute Federer has never shown any indication of suffering from that malady—Roger is fully aware that the clock is ticking rapidly and that golden opportunities like the one just mentioned will be infrequent and hard to come by.

That’s what had to pain Federer the most. He was well situated to beat the bazooka-serving and forehand-ripping Raonic but Fed blinked badly when he had a chance to close the deal. Up two sets to one and ahead 40-love with a chance to force a fourth-set tiebreaker, Roger inexplicably faltered, if not flat out choked. Stunningly, his reliable serve deserted him and he coughed up consecutive double faults. Quick to capitalize on Federer’s unprecedented generosity, Raonic then took both the game and with it, the set.

From there it was all downhill for Fed. In the deciding fifth set, the Swiss had his serve broken while up 2-1. Then, shortly thereafter, the perpetually graceful Swiss took an awkward slip that tweaked his knee, rolled his ankle and left him face down on the grass at Centre Court. The match was all but over from that point on as Federer just had too much conspiring against him. Probably now gassed from his epic five-set victory over Marin Cilic in the previous round, somewhat impaired by injury and certainly physiologically worn down by a disheartening turn of events, Roger couldn’t recoup and fell 6-3. This was a glorious opportunity lost and who knows, it might have been Fed’s last best chance at winning an 18th Major title. He has been agonizingly stuck at 17 Slams for over four years and for a player of his caliber, that must feel like an eternity.

Had Federer bested Raonic, he would have advanced to his 11th Wimby finals. There his foe would have been Brit fan favorite and tough customer Andy Murray, but in 25 career meetings Fed had downed the Scot 14 times, so at worst, he would have had more than a fighting chance to add another Wimbledon title to the seven he already owns. Sadly, this has the feel of Federer’s final kick at the can.

Though he has proven enviable versatility and demonstrated he can win on any sort of surface, at this stage in his career it is universally acknowledged that the grass of the All-England Club is the one locale most suited to Federer’s game as currently constituted. If he can’t win there, then where? Though it is not beyond the realm of possibility, it’s hard to imagine Federer now making it all the way through on the hard courts of the Australian and U.S Opens or the red clay at the French. At Wimbledon, he’s always capable but in less than a month he’ll turn 35 and time looks to be passing him by. Reality suggests that his semifinal setback to Raonic may indeed be as far as he ever gets in the Slams that are left to him.

And that begs the question, if Federer can’t garner any more Majors, does he really want to hang around and jeopardize tarnishing his exalted reputation? What would be the purpose? Would he be truly satisfied winning the occasional lower-tier tournament or two and simply staying within the top 10 worldwide? Would that be enough to stroke his ego? Fed makes it plain that he still loves the sport in which he became a Michelangelo of serves, forehands, overheads, volleys, artistry and elegance.

Perhaps revealingly, he shows no immediate inclination of wanting to give it up. But after what he’s achieved and the mountaintops he’s reached, will less lofty results bring him any degree of gratification? It’s hard to envision the proud and historic Federer subjecting himself to being merely a prince and no longer a king. But who knows? The history of sports is littered with all-time greats whose exits were painful and regrettable because they stayed well beyond their shelf life.

What course Federer will take is known only to him. But this much is certain. Though he can certainly compete and more than hold his own, his quest for an 18th Slam looks more and more like wishful thinking. Or of seeking after something that is now beyond his reach, something that with each passing day becomes more of an impossible dream.

As far as winning future Slams is concerned, as it relates to Federer, that train has most likely left the station. Roger seems destined to be stranded on track number 17.