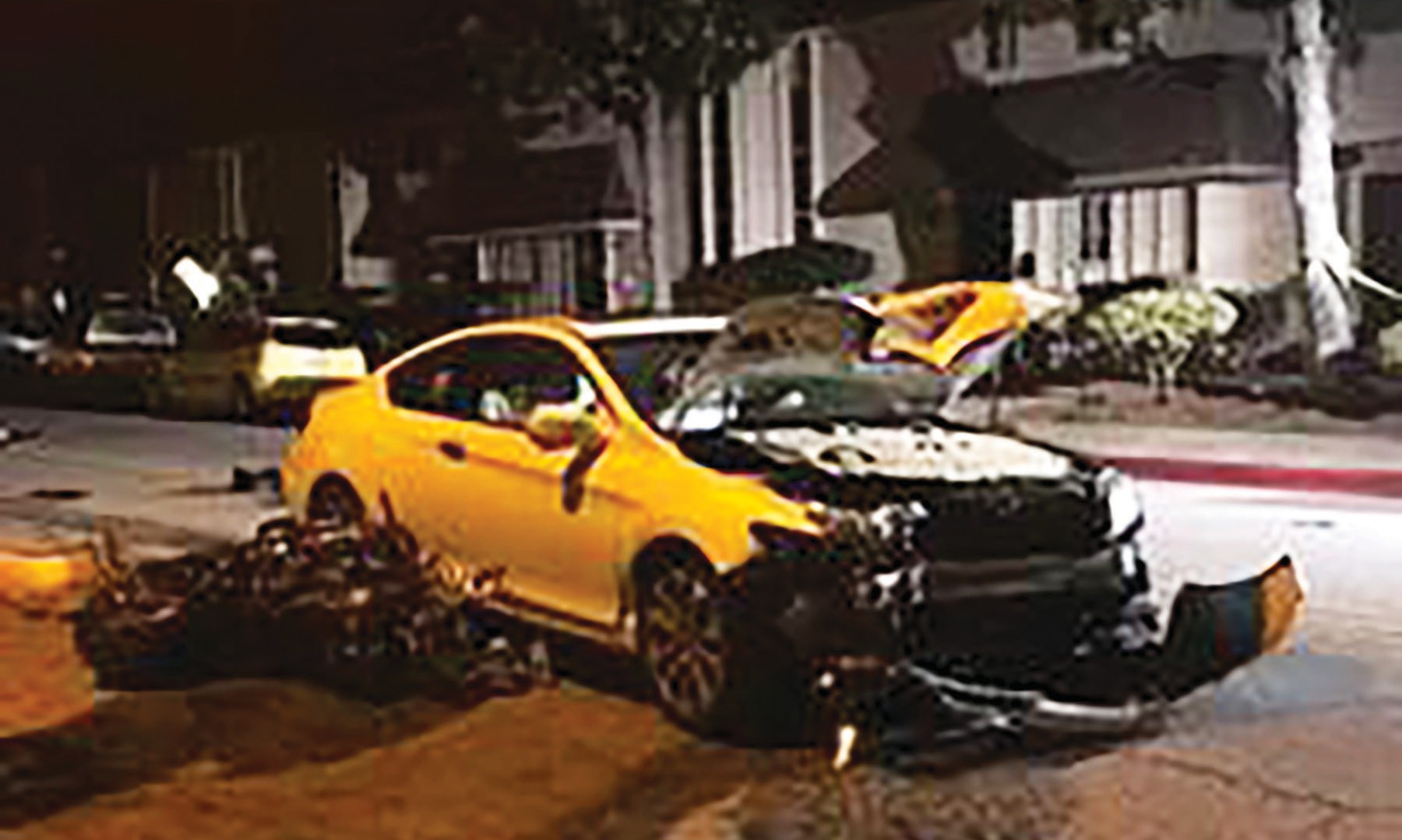 This photo, courtesy of Escondido Police Department, shows the aftermath of the fatal motorcycle vs. auto accident on Thursday night.

On February 16, at about 11:50 p.m. officers from the Escondido Police Department were dispatched to the 2100 block of East Grand Avenue regarding a serious injury collision.

Based on witness statements and physical evidence at the scene, a 45-year-old man was riding a 2006 special construction motorcycle eastbound in the 2100 block of Grand Avenue. The rider did not negotiate a bend in the roadway and collided head on with a 2015 Honda Accord. The motorcyclist was solo on the motorcycle.

His impairment is unknown and under investigation, according to Lt. Mike Kearney. The 28-year-old male driver of the Honda was not injured and alcohol or drug impairment is not a factor, said Kearney.

The traffic investigation is ongoing and is being conducted by Officer Steve Braucht of the Traffic Division. Witnesses are encouraged to call Officer Braucht at the EPD.

To report any suspicious activities in your neighborhood, you may contact the Police Department directly, or you may make an unidentified call on our Anonymous Tip Line at 760-743-TIPS (8477) or via police.escondido.org.