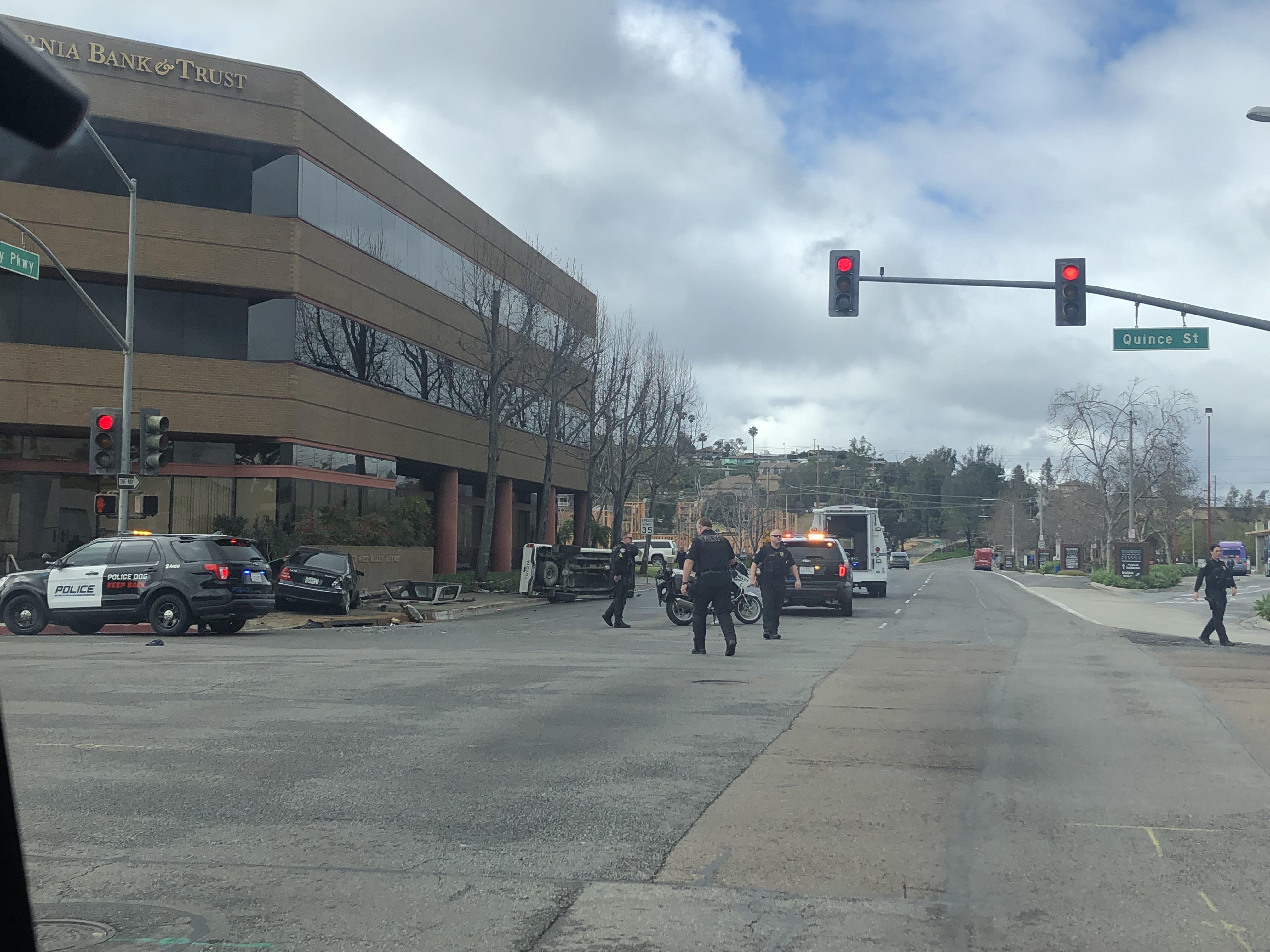 Scene of the fatal crash Sunday.

On March 3, at about 9:35 a.m., a female 41 year-old Escondido resident was driving a 2003 Mercedes sedan westbound on Valley Parkway toward Quince Street. Meanwhile, a 54-year-old male Escondido resident was driving a 1996 Toyota Tacoma pickup southbound on Quince Street toward Valley Parkway. Both parties entered the intersection and a collision occurred.

According to Escondido Police Department spokesman Lt. Michael Kearney the force of the collision caused the Tacoma to roll multiple times and the driver was partially ejected from the vehicle due to not wearing a seatbelt.

The Mercedes came to rest after colliding with a retaining wall. The driver of that vehicle was not injured. Alcohol is not a contributing factor.

The traffic investigation is ongoing and is being conducted by Officer Russ Gay of the Traffic Division. The Escondido Police Department is asking for anyone who witnessed the collision to call officer Gay at the above phone number.

To report any suspicious activities in your neighborhood, you may contact the Police Department directly, or you may make an unidentified call on EPD’s Anonymous Tip Line at 760-743-TIPS (8477) or via police.escondido.org.