‘Fantastic Beasts and Where to Find Them’ 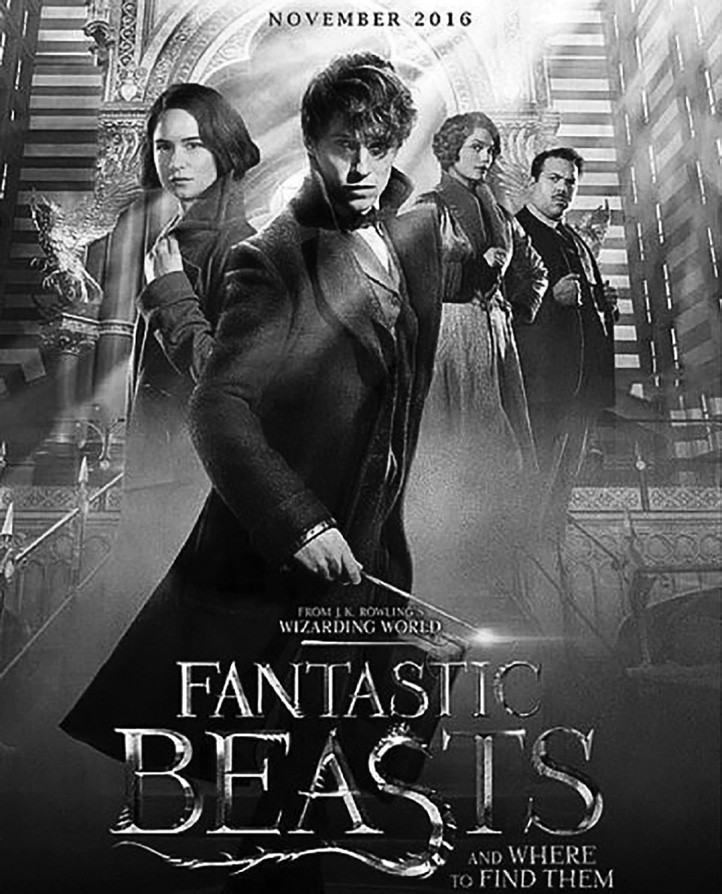 Fantastic Beasts and Where to Find Them should have been a book first. Yes, I know it was, sort of. A fake “Harry Potter”- themed textbook about magical creatures came out in 2001, written by “Newt Scamander” (actually J.K. Rowling). Now we’re getting a five-part movie series about Newt Scamander (Eddie Redmayne) and how he came to write the book, and all five movies are to be written by Rowling. Of course, the “Harry Potter” series found worldwide success as books turned into movies. With “Fantastic Beasts,” she’s skipping right to the movie stage, and the franchise is worse for it.

The film takes place in the 1920s when British wizard Scamander visits New York City. The brilliant-but-clumsy researcher lugs around a broken suitcase that is clearly filled with animals. A few creatures escape, and he has to adventure through the city to get them back. Goofy misunderstandings force him to partner up with local non-wizard or “Nomaj” Jacob Kowalski (Dan Fogler) and disgraced former magical police officer or “Auror” Tina (Katherine Waterston) who simultaneously wants to help Scamander and arrest him to restore her credibility with the Magical Congress of the United States. Scamander is going to be in hot water when high-ranking Auror Percival Graves (Colin Farrell) finds out that he’s been so negligent. Then again, the Congress doesn’t seem to have time to deal with Scamander. They have to deal with a series of attacks from a destructive black cloud called an Obscurus, an anti-magic movement led by Mary Lou Barebone (Samantha Morton), and the possibility that the dark wizard Grindelwald is somewhere in the United States.

We are, mostly through Kowalski’s perspective, introduced to the wizarding world of this place and time. We also get to meet some exciting new magical creatures, some able to walk around in everyday society, but most contained in Scamander’s magical suitcase, which it turns out is spacious enough to house an entire ecosystem. It’s enough to make you wonder why Scamander doesn’t secure the latches better. It’s definitely enough to make me wonder why I’m supposed to be rooting for someone who’s so careless with well-meaning-but-dangerous animals. I am not won over by Scamander’s “charming bumbler” act. He needs to get a hold on his Fantastic Beasts and then Find Them a place where they can’t bother Nomajes or Muggles or whatever you call the rest of us.

What makes me say that this movie should have been a book first? In a word, detail. The “Harry Potter” world was so successful because there was a new detail around every corner, from characters to settings all manner of magical objects. But Rowling had more than 3,000 pages in which to explain and develop these details. Here too the world is filled with details, but it’s all limited to 133 minutes. Don’t get me wrong, a lot is covered in those 133 minutes, but it still feels rushed and underdone. Perhaps releasing a book first would mean that we could watch this movie and instinctively think “oh, that’s such and such, I know how it fits into this world, so I’m not going to ask too many questions” instead of wanting to know the backstory of a new detail every thirty seconds.

I have to be honest, I don’t see Fantastic Beasts and Where to Find Them earning the same following as “Harry Potter.” Granted, that’s a tall if not impossible order, and a lukewarm performance might be tolerable were we not locked in for four more movies. But as it is I don’t like Newt Scamander, the special effects aren’t where they need to be (the beasts are creatively designed and decently animated, but at no point do they look like they’re sharing the same space as the live-action actors), and the world falls short of being immersive. I’m not exactly dreading the next four movies, but I’m hoping that this is the only disappointing one out of the five.

Fantastic Beasts and Where to Find Them is rated PG-13 for some fantasy action violence. Its running time is 133 minutes.