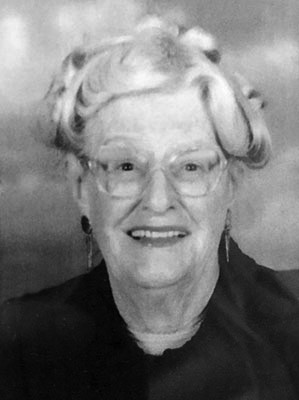 Mrs. Shaw was born May 20, 1929 in Tabor Tanganyika Territory, British East Africa, to Hugh Howard Arm­strong and Eleonore Roberts Arm­strong. She lived in England until she was 6 years old, and then lived in British Columbia and Florida until she moved to La Jolla, California. She graduated from La Jolla High School and attended secretarial school at Pit­man Business College in Vancouver, British Columbia.

On April 30, 1948 she married Ar­nold Demorest Shaw in La Jolla, Cali­fornia. To this union were born two daughters, Elizabeth and Kathleen.

Diana and Arnold Shaw made their home in Escondido for 52 years, where Diana worked as secretary at the Con­gregational Church and was registrar at Escondido High School until her retirement.

After she retired Arnold and Diana loved to travel and did so extensive­ly until her beloved husband, Arnold passed away on October 15, 2004.

Mrs. Shaw was a loving grandmoth­er and was always proud of her grand­children and great grandchildren. She was also an avid reader, loved sew­ing, cooking, needlepointing, painting with water colors, growing her plants and of course, her cats.

Private family services will be held at a later date. In lieu of flowers, send donations to your local animal shelter. Condolences may be sent to the family online at www.woodfuneralhome.com.