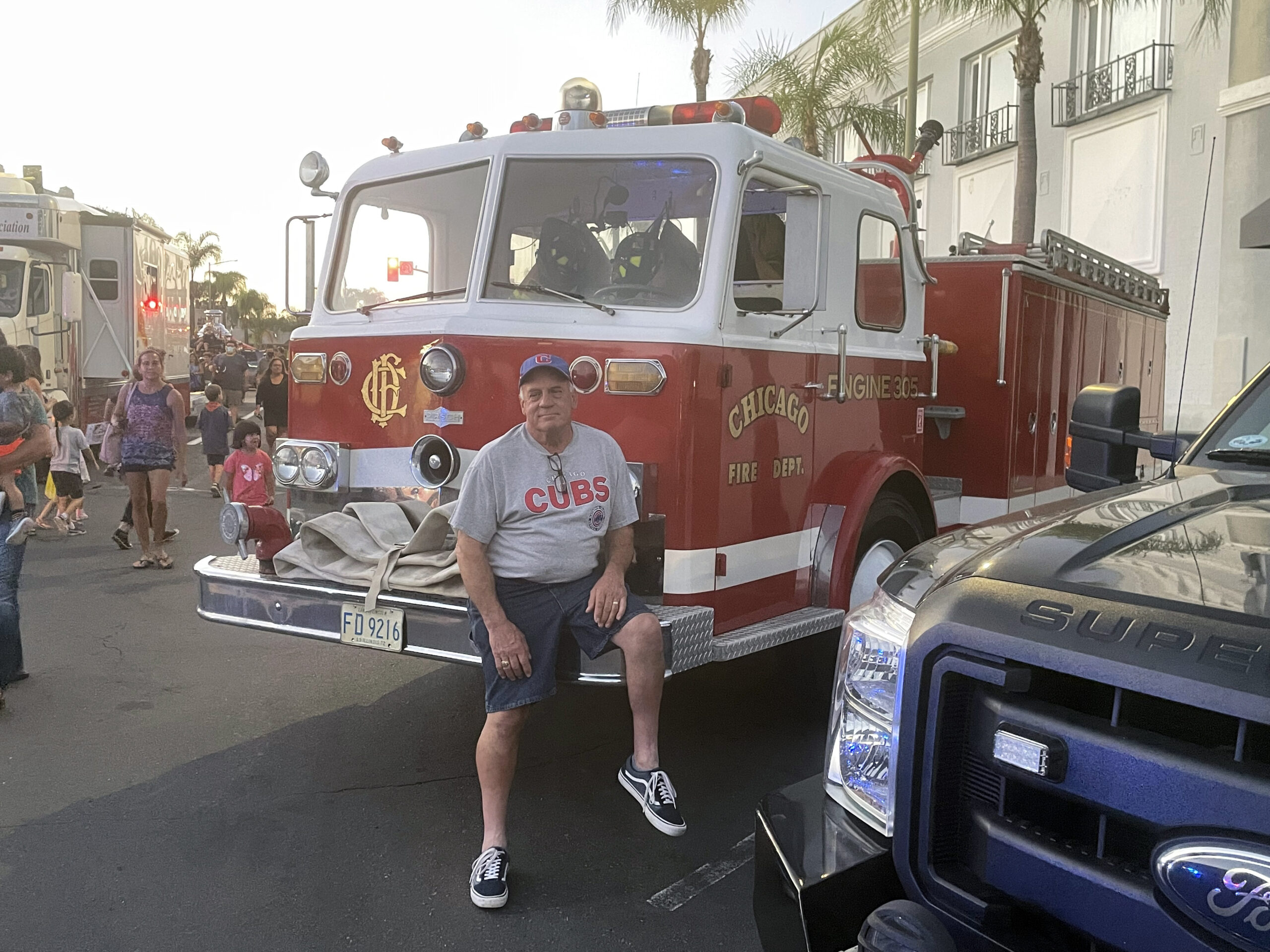 The annual Fire Engine night at Cruisin’ Grand September 10 was special for the Deddo family, who brought their 50-year old privately-owned pumper to the fun and patriotic parade down Grand Avenue.

The Deddos, owners of Scott Deddo Construction, purchased the retired engine on eBay and stocked it with all the modern equipment and keep it ready to defend their immediate neighborhood of about 16 residences. It actually took part fighting the Lilac Fire in 2017, according to Josh Deddo.

We talked to Scott Deddo, who, like all retired firefighters (he served for 20 years in the “burbs” just north of Chicago), loves to talk about the minutiae of fire lore and engines.

The 1971 Pirsch engine was manufactured in Kenosha, Wisconsin, a factory that closed years ago.  It served for 30 years in the Chicago area before being sold to the city of Chandler, Minnesota.

According to Deddo, “They used it for many years and when President Bush authorized new fire engines because of 9/11 they were able to sell it. My son, Josh Deddo picked it up on eBay and drove it out to California.” Such engines are worth between $5,000 and $10,000 and there are literally “hundreds and thousands of them online for sale,” said Deddo.

The tank holds about 75 gallons of diesel fuel, “but it does take a lot of maintenance,” said Deddo. “We run it weekly, checking the fluids, running the pump. There’s a lot of things on that fire engine that need to be looked at. It’s an open cab, which means the guys sat out in the open backwards of the engine. That’s the way it used to happen years ago. They would stand on the back in the jump seats.”

Today the engine is “in fully working order, with all the pumps, hoses and nozzles functional, ready to go on a moment’s notice.” 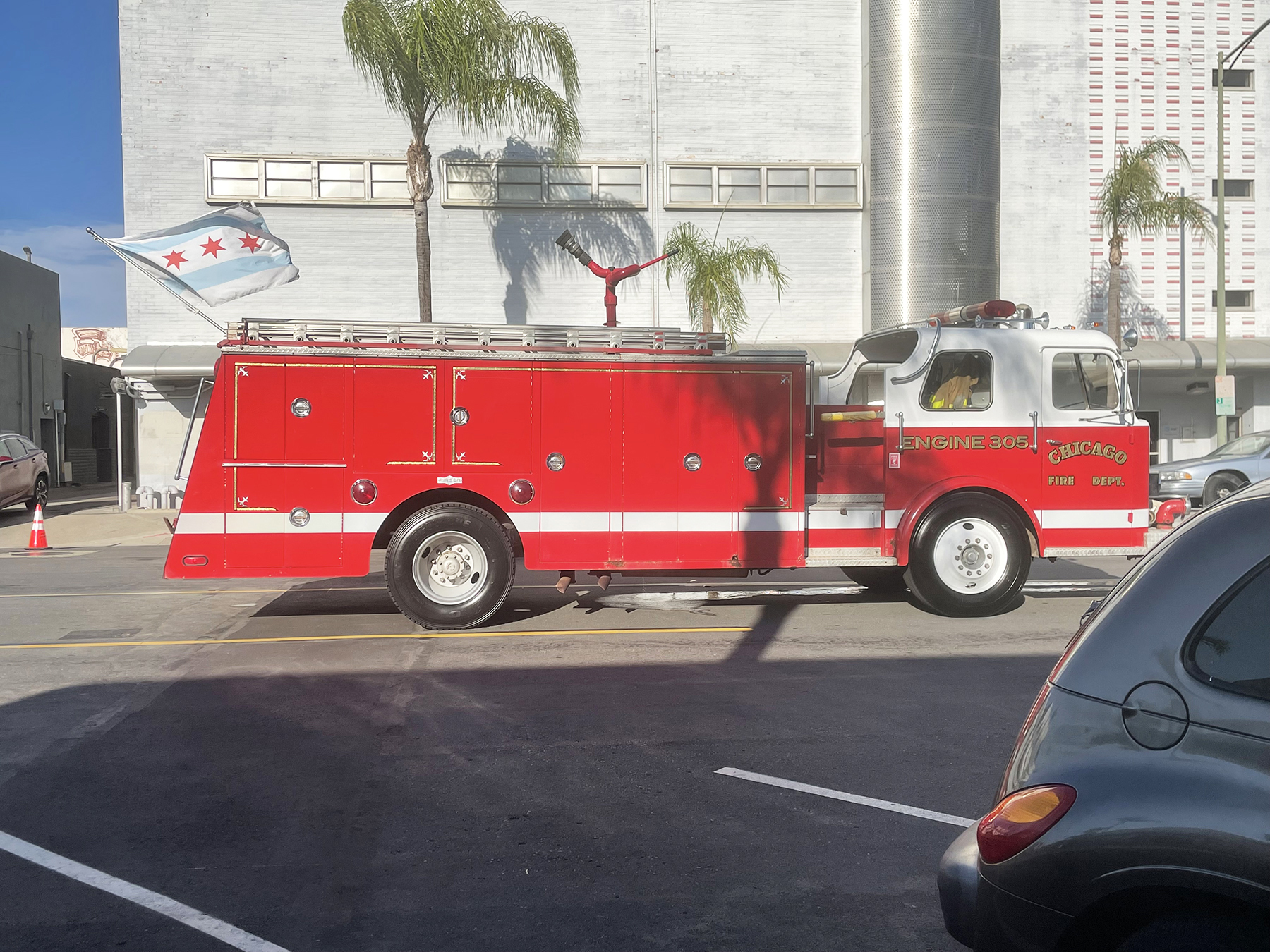