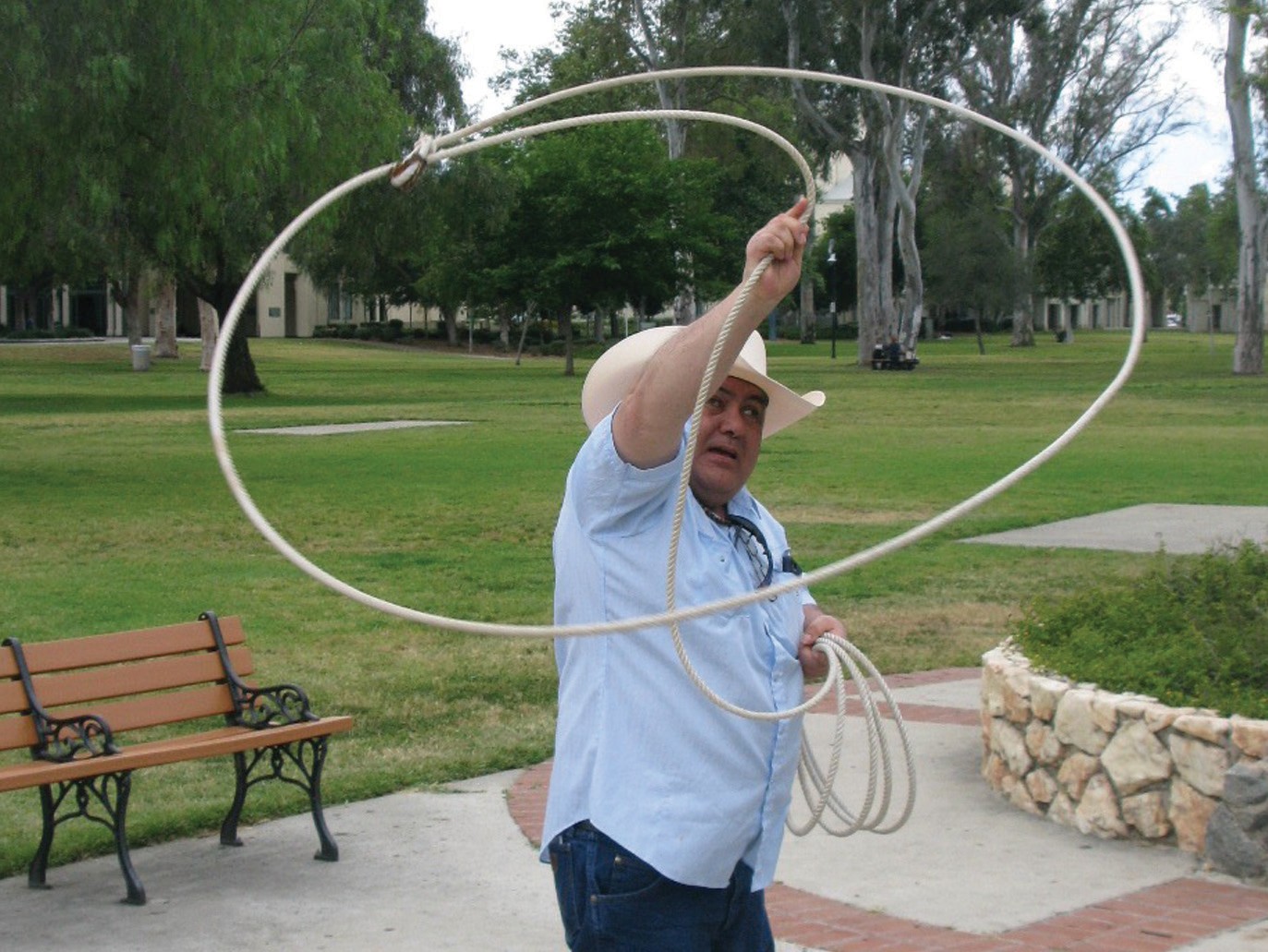 After more than six years of going in and out of the hospital for a traumatic brain injury, Tony Muñoz is back to his rope tricks and is enjoying good health. Photo by Doug Green

On May 21, Tony & Marisol Muñoz will celebrate their 25th wedding an­niversary with a renewal of their vows on Saturday, May 21 at Church of the Resurrection in Escondido, Father Ken Del Priori presiding. Their anni­versary falls on May 18.

Tony, a born-and-raised Escondido resident and famed trick roper and horse trainer will be wearing a new Charro suit and Marisol will be decked out in a new dress as well.

They will also be celebrating Tony’s return to health after seven years of pain and struggle. Tony was kicked in the head after being thrown by a horse on April 19, 2009 at the traditional Charreada, aka Mexican Rodeo, at Beven Drive on Valley Parkway.

He was rushed to Palomar Medi­cal Center and underwent 11 hours of brain surgery, the first of many opera­tions.

“For the first six years he had 12 brain procedures, brain swelling and other complications, brain infections, a pulmonary embolism (blockage in lung artery),” Marisol said. “He had multiple comas and the longest one was five months.”

The family rallied to Tony’s side. 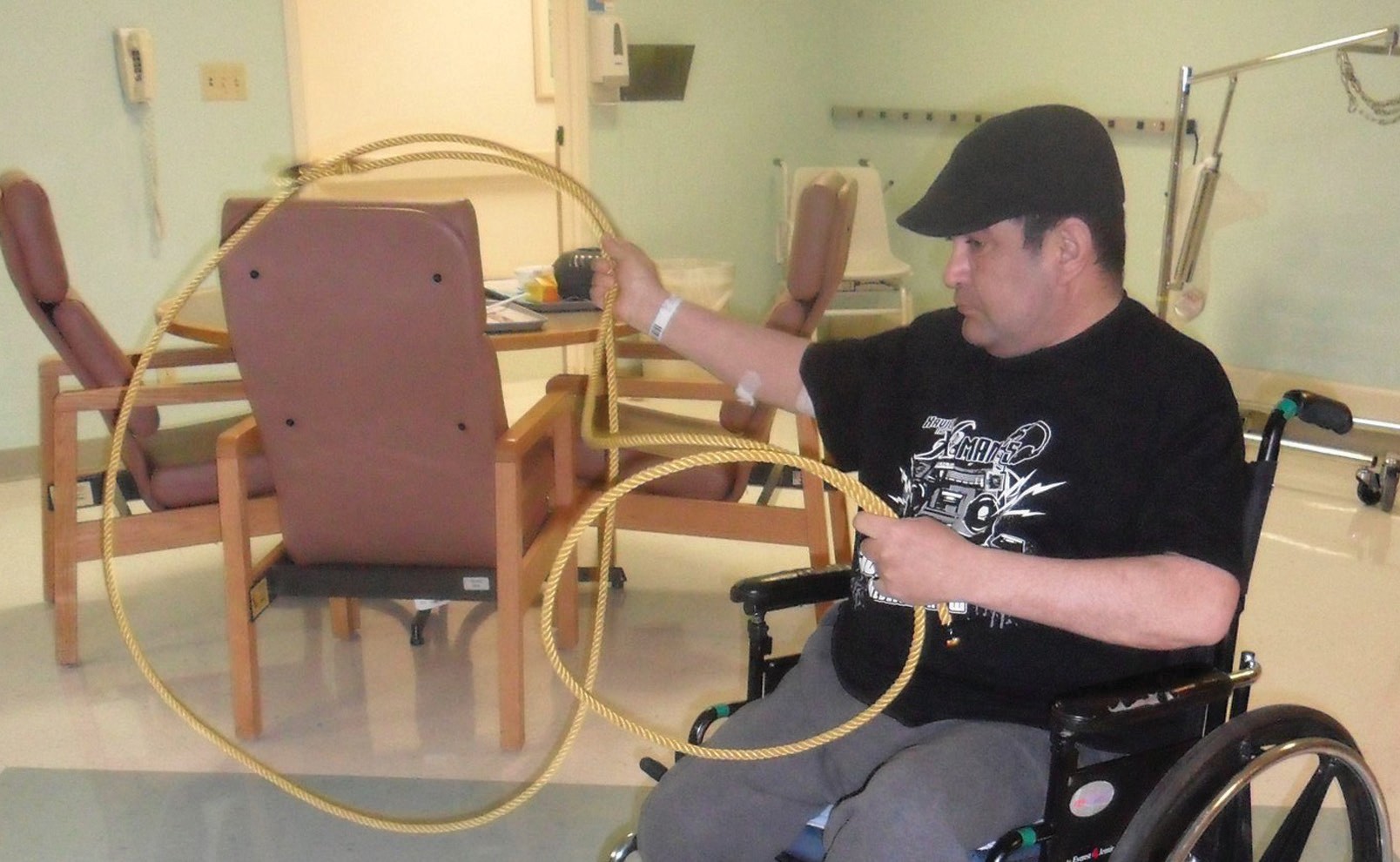 An unsuspected infection caused Tony to take a fall in 2012. He broke his hip and spent two years in a wheelchair as a result. Some doctors said he would never walk again.

His mother Vera said, “He never spent one day alone; we all took turns, but most of it was Marisol and we give her a lot of credit.”

The blow to the right side of his head caused him to lose speech for a time. “I would ask him ‘are you in pain? Squeeze my hand if you are’ and he would understand that and squeeze my hand,” Marisol said.

Soon, Tony was able to communi­cate, but he couldn’t swallow and had to have a feeding tube installed.

“He got to the point where he couldn’t move his hand or his leg,” she said. The nerves on his left eye and field of vision are still damaged and cannot be repaired. Tony is still doing cognitive therapy to aid his speech, problem solving and organiz­ing skills.

He talked about his career, remem­bering his touring with Linda Ron­stadt for three years in the 1990s. He performed his roping tricks during performances in California, Arizona, Texas, Mexico and Vancouver, British Columbia.

“She used me when she was sing­ing her Mexican music,” Tony said. 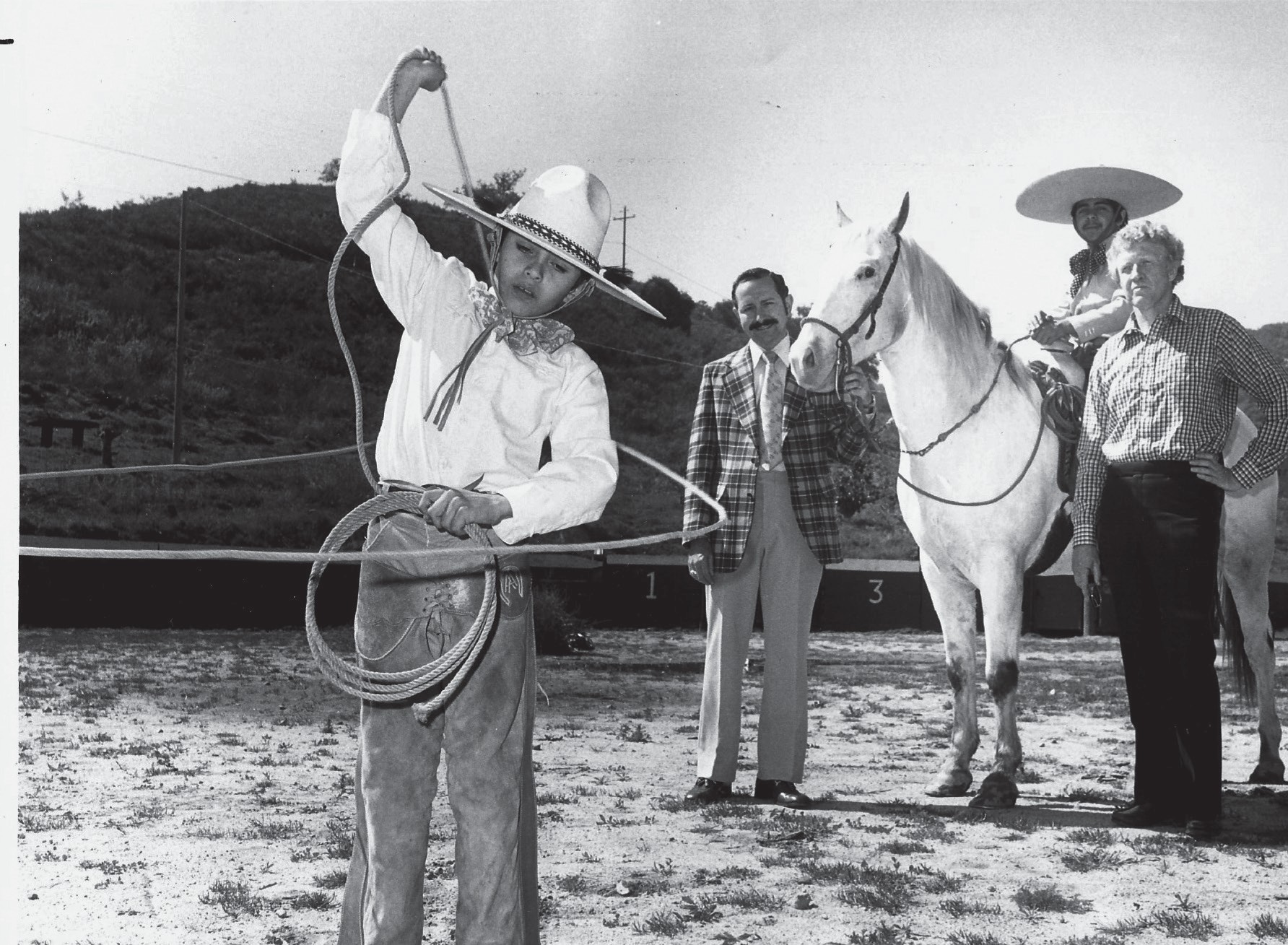 Tony was born into a family steeped in the Charreria tradition of rodeos, color­ful and spangled clothing and broad sombreros that derived from the horse­manship traditions of Spain. His family helped to start the Charro tradition in Escondido.

“That’s when I got invited to the show. It was a really excellent experience.”

In 2005 he performed with the country group Big & Rich in the Co­ors Amphitheater in San Diego and for the American Latino Media Arts Awards in Los Angeles.

The hardest part for the family was recurring infections in his brain, which involved most of the 12 operations.

In 2012 an infection-caused seizure made him fall and break his hip. He spent two years in a wheelchair after having a hip replacement.

“His surgeon in Escondido told us he couldn’t do anything else for (Tony), so we got a second opinion and we went to UCLA,” Marisol said. She started calling hospitals in Ari­zona and California. Tony ended up at UCLA’s Ronald Reagan Medical Cen­ter, where he received a titanium plate to keep his skull intact, which reduced the infections.

“So it was tough,” she said. “I really had to fight with the doctors and with the system and tell them, no, I need a second opinion.”

“We had to have a lot of persever­ance,” Marisol said. “We 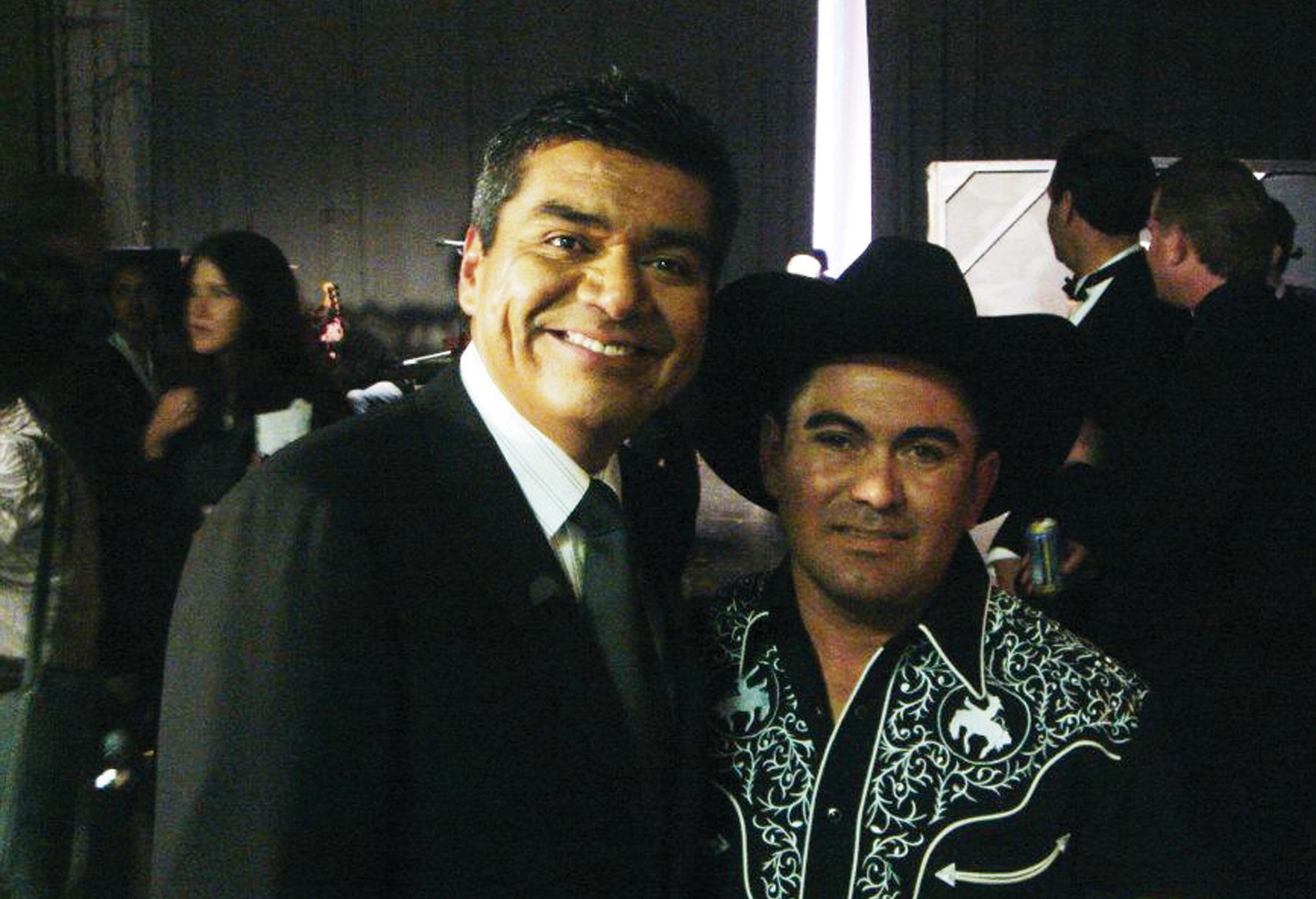 Tony’s many adventures in the entertainment industry brought him in contact with celebrities such as comedian George Lopez. Tony also toured with Linda Ronstadt in the 1990s.

“We were expecting miracles, even though we couldn’t see it with our eyes and with the doctors we weren’t giving a good diagnosis. We were see­ing it with our faith.”

The couple now visits Cal State San Marcos twice a year to talk to students of physical and cognitive therapy, both graduate and undergraduate, to offer them a case study in faith and perseverance.

One response to “Faith pulls injured Charro’s family together”