Faith of Our Fathers: Evan Roberts 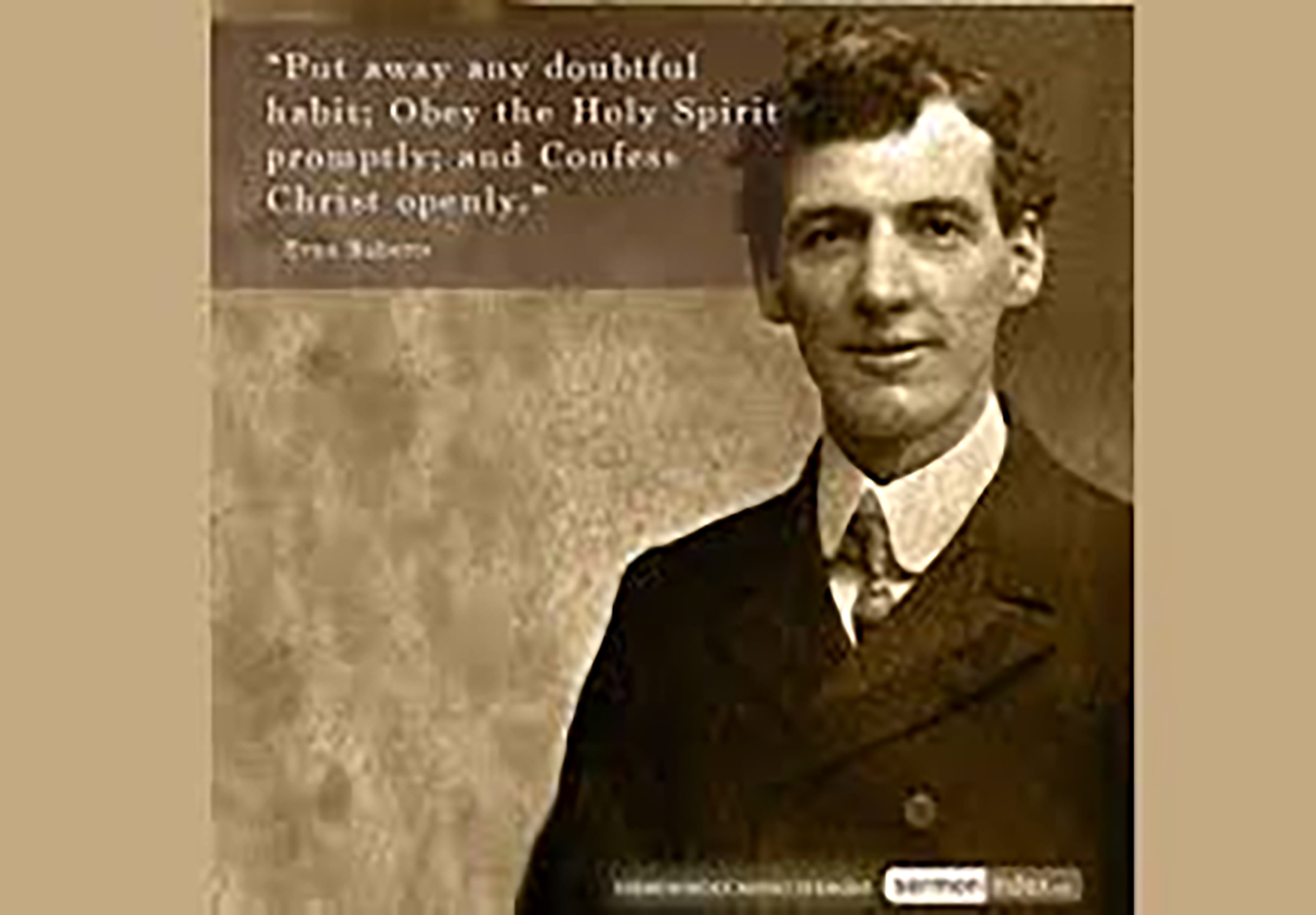 “Nevertheless, I tell you the truth: it is to your advantage that I go away, for if I do not go away, the Helper will not come to you. But if I go, I will send him to you.  And when he comes, he will convict the world concerning sin and righteousness and judgment.” (John 16:7-8, ESV).

This week I have been reading about Evan Roberts, the famed Welsh Revivalist.  What struck me about Roberts and all of God’s Generals is that though God worked powerfully through them, they were human beings with human tendencies and frailties.  The point is clear.  God isn’t looking for perfect people, he is looking for a heart that is yielded to Him; one He can use to touch our world around us.  Consider the following verse:

“For the eyes of the Lord run to and fro throughout the whole earth, to show Himself strong on behalf of those whose heart is loyal to Him.” (2 Chronicles 16:9, NKJV).   This verse defined Roberts’ life and ministry.  All the Lord is looking for is a yielded heart.

Evan Roberts was yielded to the Holy Spirit to such a degree that he rarely ever preached.  The revival that broke out in Wales was the result of long periods of intercessory prayer before the Lord.  He led a group of seminary students to cry out to God for the soul of his nation.  This regular prayer group grew and became a nationwide movement.

From his youth, Roberts grew in his faith and was often drawn to long hours of prayer.  Often, he would spend many hours at a time on his knees.  He was a quiet, humble man and believed the Lord had given him a vision that 100,000 Welsh souls would be added to the Kingdom.  In 1904 and 1905, just a year prior to the Azusa Street outpouring of the Spirit in America, the power of God manifested in miraculous ways; ways contrary to the culture and societal attitudes of the day.

As is common during periods of revival, saloons and pubs closed down, political meetings canceled, doctrinal divisions among denominations disappeared.  Churches began rotating the various pastors and ministers to promote unity, people overcome by the power of God wept openly in repentance of their sins; alcoholics were set free, prostitutes left their line of work, received Christ and began holding Bible studies.

Something we might consider today is that women, usually banned from the pulpit were allowed to preach.  Segregation among the races disappeared.  As Frank Bartleman once said, “The color line was washed away in the Blood (of Christ).” (www.pentacostaltheology.com).

There is much information about Evan Roberts and others of God’s Generals online.  If we want to see where God would lead us, sometimes it’s helpful to know where we’ve been.  Check out the series of books by Roberts Liardon, “God’s Generals.”  God is moving and I believe we are on the cusp of revival!