Fairy shrimp are real, and have been found in Escondido 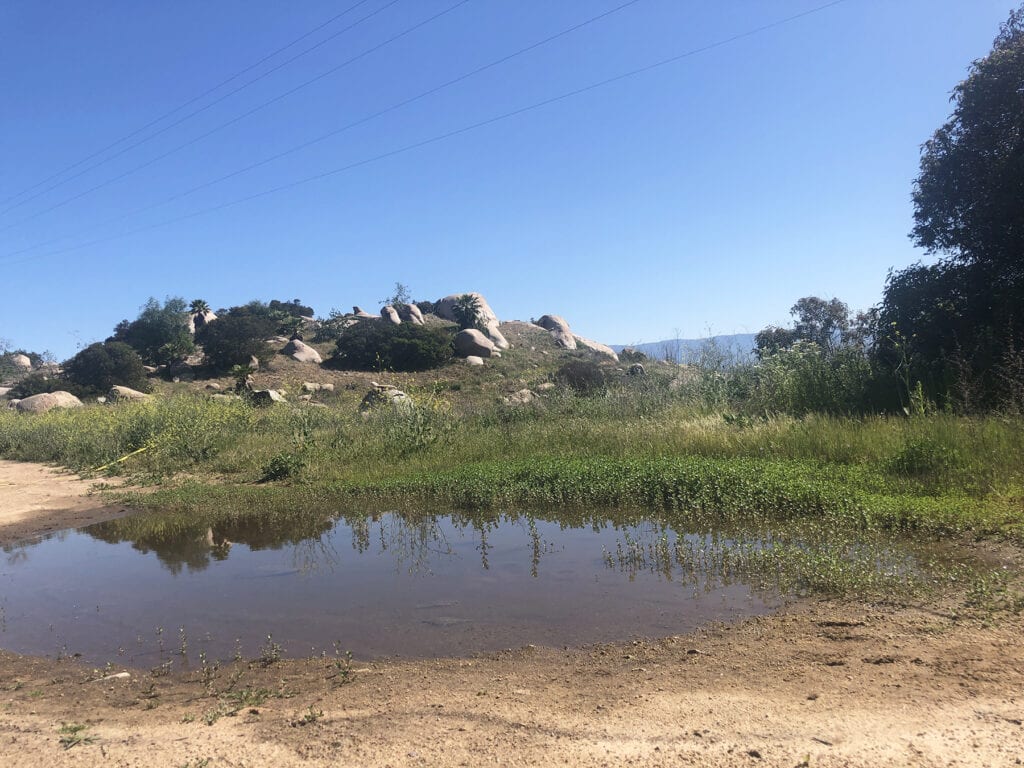 A vernal pool, a temporary, seasonal pool, where fairy shrimp have been found.

This elusive species is fairly uncommon in San Diego County due to the loss of preferred habitat—vernal pools. And while they won’t grant you three wishes—most vernal pools in San Diego have been destroyed by urban development—making their discovery quite magical!

Vernal pools are small depressions in the earth that fill up with water in the winter months. During that period, they spring to life with rare plants, amphibians, and other aquatic creatures. In this case, the fairy shrimp were found in a road-rut on the preserve that had filled with water this spring—six pools total. While they aren’t natural vernal pools, they provided homes to tadpoles, plants, aquatic insects, and fairy shrimp.

These enchanting creatures are known for their translucent bodies, swimming upside down, and their fascinating life cycle. They only live for about two months which is just enough time for the females to continue their legacy by laying eggs. With enough rainfall, these eggs typically hatch around December. Although the eggs themselves have been known to last for up to 15 years without hatching—which is great in areas experiencing prolonged droughts.

San Diego County used to be home to over 28,500 acres of vernal pool habitat in San Diego County. By the year 2001, fewer than 2,400 pools remained due to a rapid increase in development. Their preservation has become a higher priority in recent years and thanks to the acquisition of Mountain Meadow Preserve by the Conservancy—in partnership with the County of San Diego Department of Parks and Recreation and the United States Navy on behalf of Marine Corps Base Camp Pendleton—these pools will be protected in perpetuity. The Conservancy hopes to restore these pools and utilize them as part of future education programs. For more information, visit www.escondidocreek.org and sdparks.org.

2 responses to “Fairy shrimp are real, and have been found in Escondido”