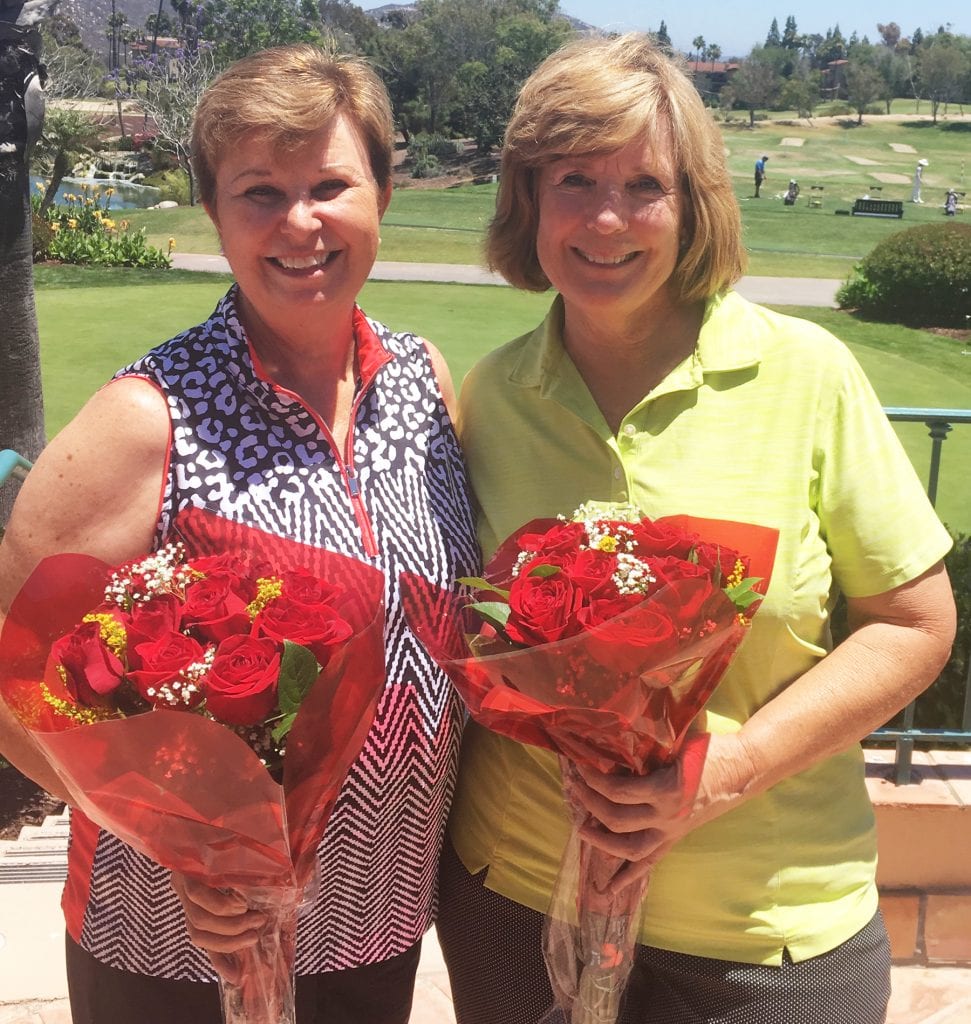 The winner and runner-up in Bernardo Heights Country Club’s President’s Cup tournament. The winner, Peggy Pagliaro of Escondido, is on the left and the runner-up, Karen Anderson of Poway, is on the right.

In a golf tournament made up of multiple matches spread over three months, Peggy Pagliaro of Escondido has emerged as the winner of the Women’s Golf Association’s 2018 President’s Cup at Bernardo Heights Country Club. Runner-up is Karen Anderson of Poway.

Forty-three women competed for the cup, with pairs of golfers playing multiple 18-hole matches. In a match-play tournament like this one, the winner of the most holes in each match advances to the next round of play, and the loser is eliminated from the tournament.

The golfers were divided into two flights, and the winners of each flight played Thursday (July 28) in a final match for the championship.  Runners-up in the two flights were Yaeko Ohta of Rancho Bernardo and Olivia Stewart of Ramona.

Bernardo Heights Country Club is located in Rancho Bernardo and is the home course of about 350 golfing members, 100 social members, and their families.